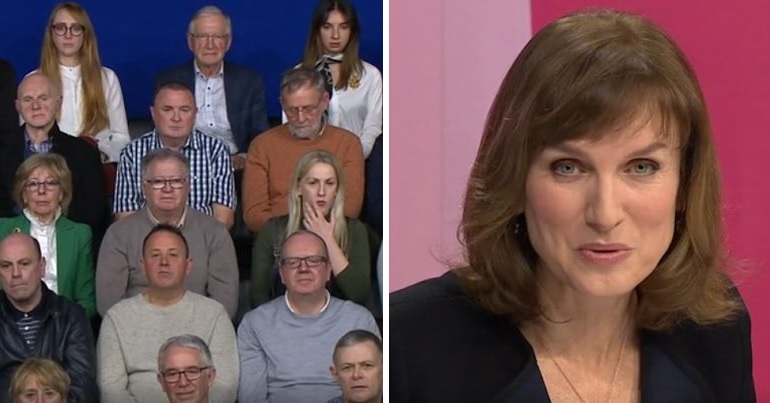 Apparently, following the Conservative Party gaining a substantial majority at the 2019 general election, the BBC will no longer select audiences to “reflect a broad range of political views”. Instead, the broadcaster is now choosing audience members based on “the current political picture” in the country where the episode takes place. On 16 January, that ensured Liverpool – an area of England where voters delivered only Labour MPs at the election – was represented by an audience of “more Conservative than Labour supporters”.

Worse still, host Fiona Bruce tried to pass it off as the BBC‘s standard practice.

As usual, our audience has been selected to reflect the current political picture, depending where we are. So here in England that means there are more Conservative than Labour supporters plus a smaller number from other parties.

But there’s nothing “usual” about this selection process. The BBC‘s own web page on frequently asked questions says:

Question Time selects local audiences which reflect a broad range of political views. … This is to ensure a range of views are represented in the audience. …

As with the make-up of the panels, Question Time is aiming to achieve due impartiality in the membership of the audience across the series as a whole, rather than being confined to an exact mathematical formula for each programme.

Indeed, the BBC has faced criticism in the past for its audience make-up. In May 2019, SNP deputy leader Keith Brown accused the broadcaster of doing an episode in Scotland that was “stuffed full of Tory plants”.

Bizarre moment when Fiona Bruce asks the audience who supports the SNP and 7 people put their hands up. Out of about 80 people in shot.

In response to the 2019 criticism, the BBC stuck to its actual “usual” line in this instance, rather than the new one Bruce alleged was standard, saying:

There is a selection process to ensure a range of views are heard and last night’s QT audience included supporters of different political parties, including the SNP.

The Canary asked the BBC to comment on the 16 January edition but it declined.

A Tory win all round

Femi Oluwole urged the BBC to be “simpler” in its explanation of audience selection, and raised a comparison from late last year:

WHAT THE F*** @bbcquestiontime
Just say you're a Tory Propaganda Machine. It's simpler.

You hold a Under-30s Question Time and you make it 50-50 even though Under-30s are 70% Remain.
You hold a Question Time in England and you fill it with Tories.
Tories win both times! #BBCqt pic.twitter.com/X8Dk1tuxM8

The Under 30s edition of Question Time Oluwole mentioned, however, took place during an election. During such periods, “particular guidelines” apply to ensure balance. Nonetheless, his point that the ‘Tories won’ in terms of audience representation “both times” is spot on.

Others raised the fact that the BBC‘s choice of audience did not reflect the true ‘political picture’ in Liverpool at all:

The fact that the majority are Tories despite Liverpool having voted 76% Labour is shocking – if you don’t have Labour represented well in a massively Labour area, where will they be represented?

Well it certainly didn't reflect how Liverpool is. We are a Labour city and also, where the hell were the scousers on QT. Probably had others drafted in as you can't find a tory here. But definitely not a true reflection of Liverpool so what is the actual point visiting cities.

As such, it’s hard not to suspect the broadcaster is running scared of the Tory Party. After all, Boris Johnson threated the broadcaster’s funding model just days after the election. Moreover, the BBC already faced regular accusations of Tory-bias in its audience selection. This change serves to allow that imbalance to continue, on the grounds that it’s Britain’s new reality.

But it is a change. This isn’t business ‘as usual’ for audience selection, despite what the broadcaster would have us believe.