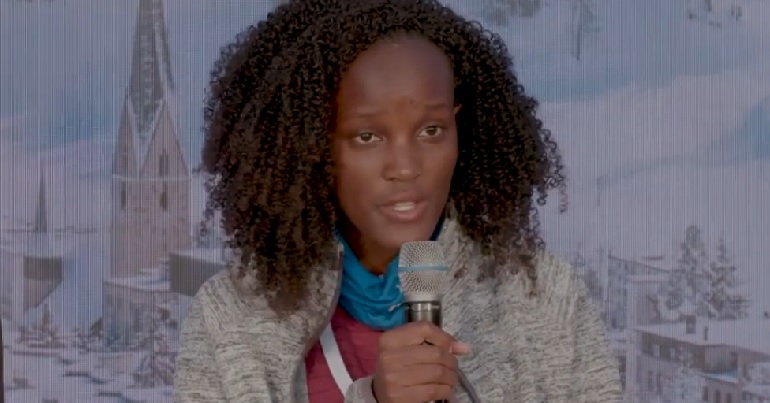 The Associated Press (AP) has come under fire for cropping a Black activist out of a group photo taken at the Davos 2020 climate summit.

Vanessa Nakate, a 23-year-old climate activist from Uganda, was heartbroken by the incident, as she told Buzzfeed:

I cried because it was so sad not just that it was racist, I was sad because of the people from Africa.

It showed how we are valued. It hurt me a lot. It is the worst thing I have ever seen in my life.

Nakate also shared a moving personal video on Twitter describing how she felt about the racist incident. She expressed her disappointment in the media and said the effects of climate breakdown on African people weren’t being discussed:

Share if you can
What it means to be removed from a photo! https://t.co/1dmcbyneYV

This is completely unacceptable. Period. https://t.co/gefmJ11b6C

Moreover, people have criticised AP‘s decision to crop Nakate out of the photo saying it’s indicative of a wider problem:

This is literally how black people and POC have been REPEATEDLY written out of history. This wasn’t an accident.https://t.co/i5uftegvjV

Also, the fact that Nakate is both Black and a woman can’t be removed from the equation:

*Edited out of history and present https://t.co/KamvXjAwqG

And erasing the work of people from the Global South is particularly worrying given the disproportionate burden on them as a result of climate breakdown:

White media would have you believe it’s white people whose voices on climate justice you should listen to! It’s just still blatant old school racism against the very people who are paying highest for climate crisis well brought mostly by you know who!https://t.co/XOg7TgGrA3

Further proof that when/if economic elites turn their attention to climate change, it’ll be to solutions that largely benefit the Global North at the Expense of the Global South.

Also, this is the most Davos thing ever. https://t.co/j7r8vWgye0

While Thunberg has recently received a lot of exposure for her climate activism, it’s important to note she’s not alone. Because young Black, indigenous and other POC activists around the world have similarly been working at the grassroots to tackle climate chaos. So whitewashing climate activism is both racist and counter-productive. Especially since it’s so many young People of Colour who’re leading the fight against the climate crisis.