In one tweet, a new kick-ass MP rinses Boris Johnson and the media - Canary Workers’ Co-op 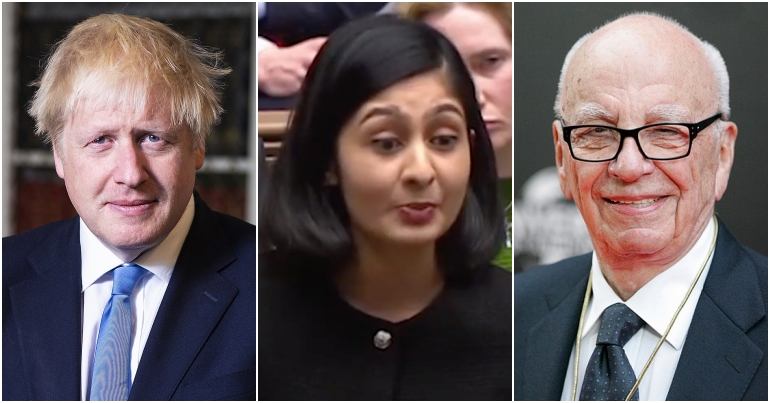 Zarah Sultana is one of the new Labour MPs to join parliament following the 2019 election. And she’s quickly becoming one of a new generation of kick-ass women putting both government and parliament in their places.

This time she’s taken on Boris Johnson, billionaires and the media in one tweet. And she makes a fundamentally important point:

His party is funded by ⅓ of all UK billionaires.

And they’ve spent a decade cutting the public services the 99% rely on.

This is class war

Sultana is right. The billionaire press would never describe what’s happening as class war. But it is. And the billionaires that run the press and the Conservative Party are never going to admit it because if they admit it’s a war, people might start fighting back.

There is no other way to describe it. As Sultana points out, the facts are right there. From billionaire funding to the backing of the billionaire press barons, this is a government of the rich for the rich.

Meanwhile, nearly a decade of Conservative-led governments has destroyed our public services. According to the UN, austerity measures have ‘deliberately’ pushed thousands of people into poverty:

This is our country too

But the UK isn’t and shouldn’t be just a playground for the rich. The 1% is, very obviously, a small minority. So it’s down to us, the 99%, to start fighting back and reclaiming the UK for everyone.

Luckily with MPs like Sultana in the new intake, there are voices inside parliament speaking up and saying exactly the things that need to be said.