The UK faces its biggest constitutional crisis since the Civil War, but whose head is on the block? - Canary 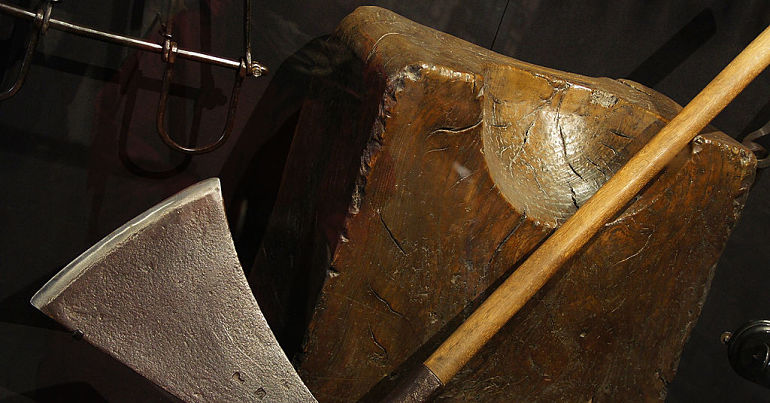 The UK may be facing its biggest constitutional crisis since the Civil War. This time though, it’s not the monarch who’s caused the crisis but Boris Johnson. And all because Johnson is determined to see his precious Brexit through without taking into account the wishes of three of the four legislative bodies that make up the UK.

There have been several constitutional crises in British history. But perhaps the most notable is the 1642-60 Civil War that saw supporters of the monarchy pitted against anti-monarchists led by Oliver Cromwell. It ended with King Charles I losing his head.

The current crisis also involves the monarch – Queen Elizabeth II – who gave her consent to the EU Withdrawal Act once it had been passed by a parliament dominated by the Conservative Party.

After it was announced that royal assent had been granted, SNP Westminster leader Ian Blackford told the Commons:

Meanwhile, at the Welsh Assembly Plaid Cymru’s Delyth Jewell said her party rejected the act because it:

threatens Welsh powers, removes parliamentary oversight of the negotiations, takes away the rights of child refugees, workers and EU citizens and unnecessarily rules out an extension to the negotiating process, making a bad deal or even no deal at all the most likely outcome.

Off with his head

Johnson was warned of the pitfalls that Brexit presented by Tory grandee Sir Malcolm Rifkind, who made the comparison that Johnson risked (metaphorically) losing his head as Charles I did. Rifkind’s warning was in regard to the possibility that the UK could crash out of the EU with no deal and without the support of parliament or the people.

But that warning could still apply to the Johnson government’s determination to avoid any alignment with EU regulations. And even more pertinently with the devolved assemblies making it clear their specific objections to the act.

Had the Queen refused to grant royal assent to the act, she would have defied the instructions of parliament and it would have created a constitutional crisis. Nevertheless, by granting this legislation it has placed her in direct opposition to the express wishes of the devolved legislative bodies of Scotland, Wales, and Northern Ireland.

Whether or not that results in a full-blown constitutional crisis, it is clear that three of the four countries that currently make up the UK are on a trajectory diametrically opposed to the direction Johnson and his gang are determined to follow. Heads could still roll.