A genius campaign is disrupting corporate London, one loo at a time | The Canary ` 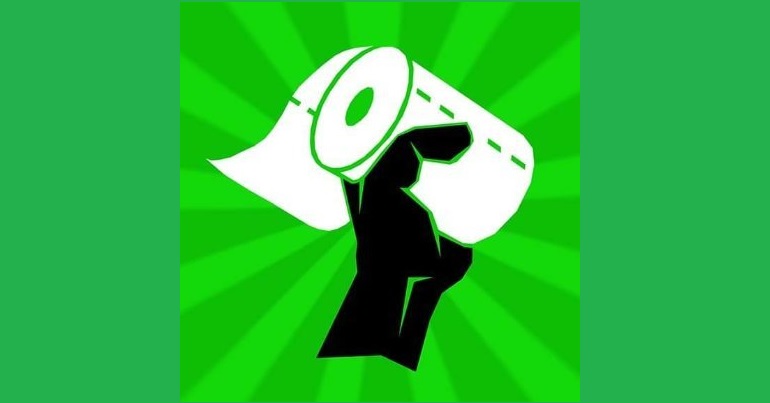 A campaign group has set up a service to help people out with a very basic function. But more than that, it’s a show of real solidarity in the face of corporate greed.

London Loo Codes launched this month. It has a simple goal: to put together a database of security codes for toilets in spaces around the capital. You know the ones. They’re where the owners force you to make a purchase. Only then will they hand over the door code for their loo.

Many of us have been there. Buying a bottle of water or packet of crisps you don’t want. Purchasing something just because you’re ‘busting’. Handing over money you didn’t intend to spend. Forking out just to perform a bodily function. For some of us, it’s a minor irritation. But for others, it’s a huge barrier; one that London Loo Codes aims to break down.

The group has made a spreadsheet of codes for London toilets. These are located in shops, restaurants, coffee outlets and other places. And London Loo Codes is asking the public to help. You can submit your local loo code via social media. Then, the group will add it to the database:

And here it is, the google doc! Please share this as widely as you can, and keep the codes coming our way!https://t.co/buU13rF1Hu

A thread on this:

This cache of codes will be useful for everyone. But there are some people who it will really help.

In the UK, a staggering 14 million people live with bladder-control issues. Around 6.5 million people have similar problems with their bowels. Meanwhile, the Royal Society for Public Health found that 43% of people with continence issues do not leave their homes as often as they’d like to.

Also, disabled people face barriers to public toilet use. There are around 1,154 fully accessible and equipped public toilets in the UK. There are also around 9,000 basic accessible ones. For these, you need a special key. This is called the “Radar National Key Scheme”. But you have to buy the key online (or in Gosforth). Quite often, the nearest open accessible toilet may be in a shop. So London Loo Codes will also give easier access to disabled people. As London Loo Codes tweeted:

If you restrict access to toilets to people who can afford a coffee in a country where austerity measures and subsequent poverty have disproportionately affected people with disabilities, chances are #UHateDisabledPeople #pee4free

London Loo Codes will help another group too. There are at least 8,000 rough sleepers in England alone. In Manchester, for example, the council might fine them £100 for urinating or defecating in public. Menstruation will be an issue for many female rough sleepers. So access to clean toilets is essential for all these people.

Corporate disruption. One loo at a time.

London Loo Codes’s idea is a simple yet effective one. Moreover, it’s something direct that can make an immediate difference to people’s lives. But it also represents a delicious act of defiance against corporate greed. Councils have closed nearly 700 public toilets since 2010. Now, companies effectively make a profit from their toilets. So by sharing its information far and wide, London Loo Codes is fighting back against the drive for profit at the expense of all our rights.