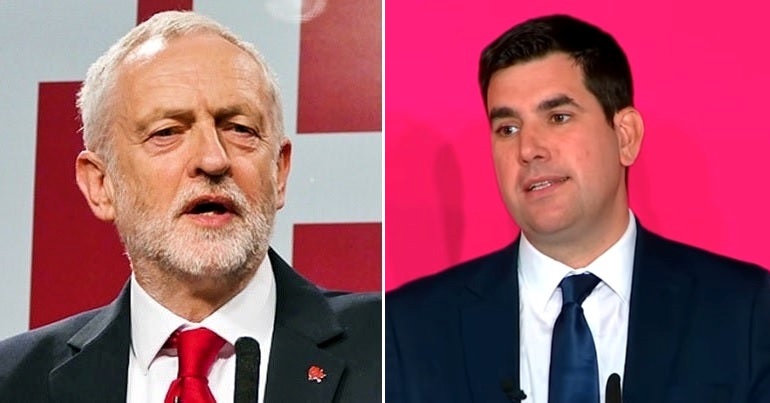 Labour Party deputy leadership candidate Richard Burgon has announced a pledge to give party members a veto on military action abroad. And outgoing leader Jeremy Corbyn has praised this as “a very important development idea for our policies”.

On Wednesday, Burgon recalled the “disastrous and illegal” invasion of Iraq as he put forward a plan for a members’ vote on military action – except where there was an issue of national security or when there was UN-backing.

He added that this was one of his campaign’s three key pledges:

3. A Labour Party Peace Pledge so we don't repeat the mistakes of Iraq🌹

Referring to previous polls showing massive opposition among Labour members to destructive military interventions abroad, Burgon asked for Corbyn’s thoughts on his pledge. And the peace–prize winner responded by stressing:

it’s important that we as a party be seen to be a party of peace, a party of human rights, a party of social justice around the world. If we’re to avoid the wars of the future, we’ve got to look at how we got involved in Afghanistan and Iraq and Libya…

consultation and democracy within our party is absolutely part of that

Great to catch up with @JeremyCorbyn earlier today to discuss my plan for a Labour Peace Pledge. pic.twitter.com/x3QITXtyWy

Growing up in a community that opposed the war – facing the racist & Islamophobic backlash on a daily basis – it is very clear to me: we must oppose illegal wars, imperialism & destruction.

This is one of the many reasons that I am supporting #Richard4Deputy@RichardBurgon https://t.co/qXNgpDlzk3

Burgon has already received significant support from the left of the Labour Party:

“I’m backing Richard to be Deputy Leader of the Labour Party. Richard is a socialist who never gives in and never gives up. He gives me hope for the future of our Party. I urge CLPs & unions to nominate Richard and members to vote for him” pic.twitter.com/xu7WH7BMDx

While many people praised Burgon’s Peace Pledge, however, he received negative comments too. But he responded clearly:

Apparently it's dumb to think that members of a political party should get to choose whether their own party supports military action proposed by the government.

What certain responses to this policy show is the contempt some have for ordinary people to shape their own lives. https://t.co/qEYgm1LNbV

More stupid than the decision to bomb, invade and occupy Iraq, based on a dodgy dossier and lies about WMDs? https://t.co/tDyc6zJ5LB

Stop wasting lives and money on illegal acts of aggression

In 2016, Corbyn said the invasion of Iraq had been “an act of military aggression launched on a false pretext”. And he added that numerous colleagues had been:

misled by a small number of leading figures [i.e. Tony Blair] who were committed to joining the United States invasion of Iraq come what may, and were none too scrupulous about how they made the case for war.

Around the time of the invasion, meanwhile, Corbyn predicted the disaster it would cause and actively campaigned against it. He later insisted that the conflict had been “a stain on our party and our country”, and that those responsible “must face up to the consequences of their actions”. The illegal invasion sparked mass devastation in Iraq and the surrounding region, helping to unleash a wave of terror around the world that we still see today. For that reason, many British voters believe Blair “should be tried as a war criminal”.

As Corbyn suggested, Burgon’s Peace Pledge is an important step forwards in dealing with this dark legacy. And for that, he deserves support.