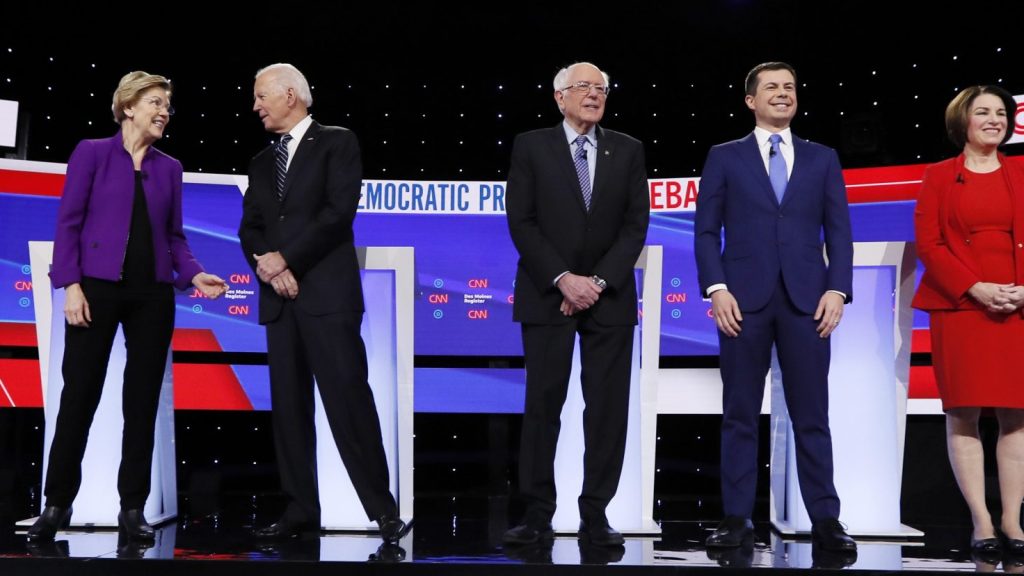 Ahead of the latest Democratic Party primary debate in New Hampshire today, progressive frontrunner Bernie Sanders is on the offensive. This comes after an electoral farce in Iowa that put his establishment opponents in a particularly bad light.

Sanders won the popular vote in the Iowa primary:

I want to thank the people of Iowa for the very strong victory they gave us at the Iowa caucuses on Monday night.

Some 6,000 more Iowans came out to support us than any other candidate.

With eight strong candidates competing, that is a decisive margin of victory.

Thank you Iowa for bringing our campaign to victory! We are well-positioned to win the Democratic nomination and defeat the most dangerous president in the modern history of this country. pic.twitter.com/JG9LmD62tb

But amid chaos in the handling of the vote, right-wing sweetheart Pete Buttigieg did much better than many people expected.

The Democratic Party’s seven strongest presidential contenders will now debate each other just four days before New Hampshire’s primary. And Sanders has taken specific aim at Buttigieg before the ABC debate:

This election is fundamentally about whose side you are on. #PetesBillionaires pic.twitter.com/hZi3uzCmvJ

Hours before, he had stressed:

In January, our campaign raised an incredible $25 million from more than 648,000 people.

The billionaire class should not underestimate us.

When working people stand together in a movement for justice, we win.

And with this in mind, he added:

We are the strongest campaign to defeat Donald Trump.

Our campaign is about bringing millions of people into the political process for the first time.

It is about building a multicultural, multiracial, multigenerational movement.

It is about empowering working people in a system that has ignored them for far too long. https://t.co/mNybkvgnnS

Those trailing after the first contest in Iowa – including Joe Biden and Elizabeth Warren – will also hope to fight back at the latest debate. The stakes are particularly high for Biden, who establishment figures have hailed as the frontrunner in virtually every debate so far but who left Iowa in a distant fourth place.