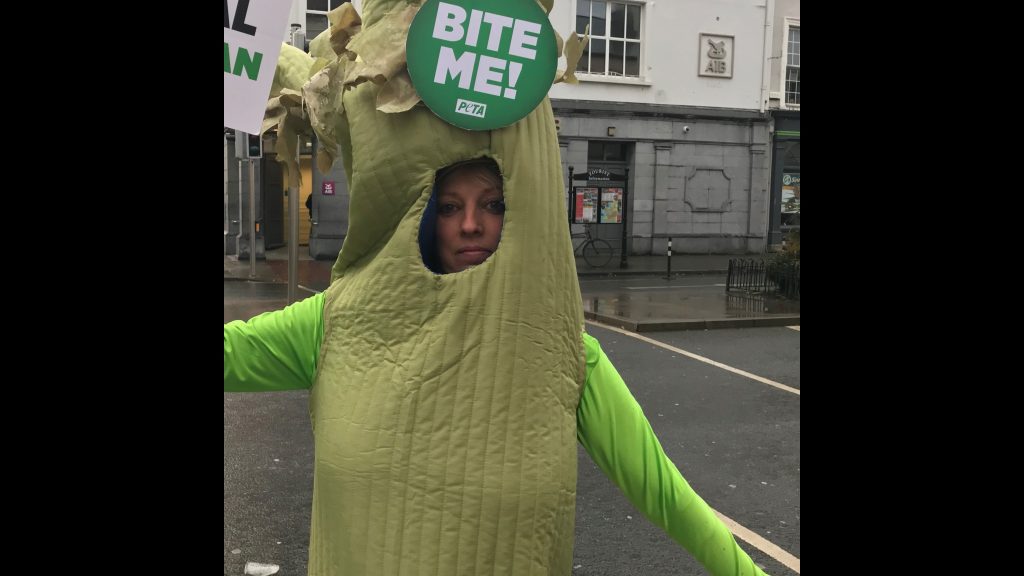 An activist dressed up as a giant stick of celery targeted two Irish politicians at a polling station as they prepared to cast their votes.

She brandished a sign outside Kilgarvan Central School in Co Kerry saying: “Climate change is real, it’s an emergency, and we can all fight it by going vegan.”

Danny and Michael Healy-Rae were targeted over their views around the issue of climate breakdown.

Michael previously said that he feels farmers are unfairly blamed for the climate crisis, while his brother Danny stated that he does not “subscribe to the idea that man can influence climate”.

Peta has called on the politicians to “not only to take note of the environmental crisis but also to take action to combat animal agriculture’s massive contribution to the climate crisis”.

Peta director Elisa Allen urged politicians and the public to go vegan to counteract the effects of the meat industry.

“The meat industry kills animals while destroying our planet,” she said.

“As we face historic droughts, floods, and wildfires around the world, Peta is calling on politicians and the public to stop ignoring animal agriculture’s connection to catastrophic climate change and go vegan before it’s too late.”