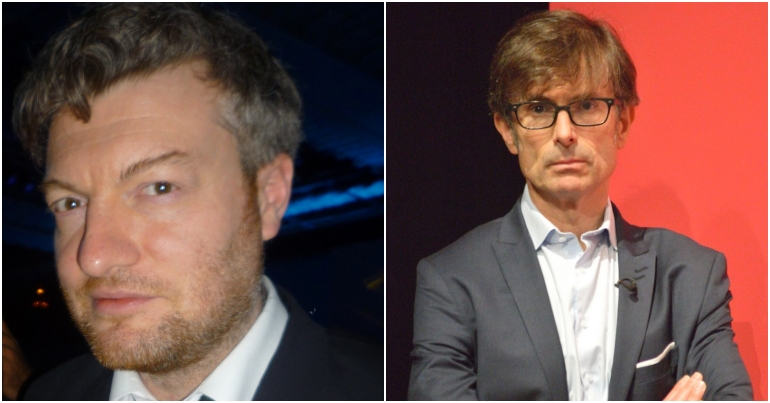 During the 2019 election, establishment media figures were criticised for their reliance on dodgy government sources. Robert Peston, for example, was one of several journalists who pushed out the untrue story that one of Matt Hancock’s aides was punched by a protester.

But it appears that the election wasn’t as low as Peston could go in his reliance on ‘government sources’. Because on Saturday 14 March, he published a piece setting out new government proposals to deal with coronavirus – measures he obtained from a “senior government source”.

That such life-or-death stuff is being passed to lobby journalists with no scientific background, rather than explained directly to the public by the govt is bewildering and obscene. https://t.co/Hjt9wd3HE1

Four months quarantine for those over 70

The measures that Peston set out include quarantining those over 70 for four months. And while the headline reads “could”, the first line of the piece sets this out as if it was announced as government policy:

People over 70 will be instructed by the government to stay in strict isolation at home or in care homes for four months, under a “wartime-style” mobilisation effort by the government likely to be enforced within the next 20 days.

Other plans Peston’s source claims are planned include closing schools, banning mass events, and requisitioning private hospitals and other buildings for ill people. Although “requisitioning” is probably the wrong word, because that implies the state will take ownership of them. But the Mirror reported that plans include paying £2.4m a day to private healthcare companies for these beds.

Other journalists accused Peston of scaremongering:

Matt Hancock on over 70s self isolating for 4 months. ''We don't want to say formally – yet – that people should do that.''
Whoever briefed Peston, resulting in those scary front pages, should apologise for creating so much confusion. The government needs to get a grip on this.

In fact, it appears slightly unclear what the health secretary’s plans are let alone the impact of them:

Two and a quarter million over 65s are carers who have been relied upon to prop up a disintegrating care system. We need clear information about the care-impact of this proposal and clear plans from Government about how both the cared-for, and carers, will be supported. https://t.co/ex5Gq1E6XS

And while Hancock has subsequently said that over-70s will be asked to self-isolate, confirming parts of Peston’s story, he hasn’t given the same timeframe that Peston did with such certainty.

Journalist Carole Cadwalladr criticised the timing of the announcement on a Saturday night and demanded press accountability:

The UK press needs to step up & demand accountability. The government is communicating major policy announcements to political journalists on Sat night to avoid attribution & proper qs. It’s up to us to demand it stops now. @peston will you join in trying to hold them to account? https://t.co/YxGbjnk2QI

Even Andrew Neil had this damning analysis:

If any of this is true it should be revealed by the PM in an address to the nation, not spun out in an off the record briefing by an anonymous government source. https://t.co/9PStunOxyU

Establishment journalists willingly allowed themselves to be manipulated by government sources during the election. That was bad enough. But now we’re facing an unprecedented global crisis. Government announcements need to be that – announcements – backed up with scientific data – not leaked to journalists. The fact that Hancock announced variations of these policies the following day is irrelevant to the way in which Peston revealed them. This isn’t just about whether government sources can be trusted. It’s about how important information about a global pandemic is communicated to the public.

Journalists like Peston wield huge power. And that power comes with a responsibility that is tragically lacking. It’s time all of us demand accountability from our press and for establishment journalists to take a stand over dodgy announcements from government sources. Lives literally depend on it.