Amid a global pandemic, Palestine has been wiped from the map. Again. - Canary 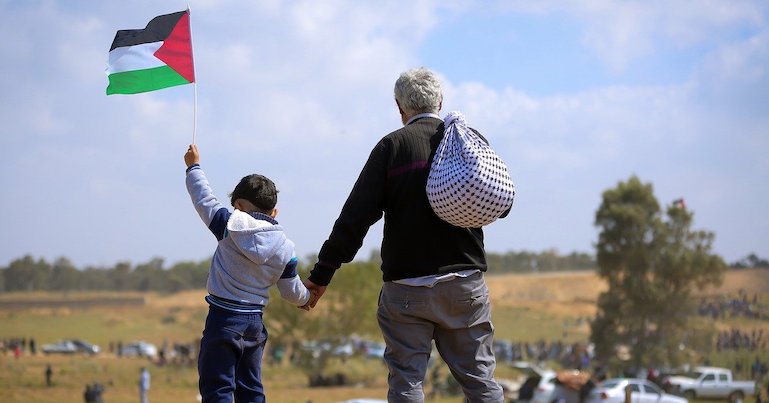 Amid the coronavirus (Covid-19) pandemic, Palestine has been removed from the map. The global tracker for cases from Johns Hopkins University no longer lists Palestine. This couldn’t come at a more poignant time. Because 30 March is Land Day in Palestine. This has been an important date since 1976 which honours six Palestinians shot dead by Israeli police that year and the ongoing apartheid and violence Palestinian people suffer as a result of the illegal Israeli occupation.

The Johns Hopkins Coronavirus Resource Center developed a vital tool to track the pandemic. According to Palestinian Chronicle, it initially listed “Palestine and Israel separately”. But it’s since removed Palestine. And although “West Bank and Gaza” do now appear on the tracker, this doesn’t change the fact that it’s removed an entire country:

Palestinians are used to being erased in order to benefit the occupation, even during the #COVID19 pandemic. Tweet at @Jhusystems & @CDCgov and tell them they MUST add “Occupied Palestine” to their global coverage https://t.co/f4LINE5hZP#PutPalestineOnTheMap #COVID19Palestine pic.twitter.com/SK2vVM5isR

A report from Al Jazeera noted that many Palestinian people also fear that:

At a time when the world is focused solely on the pandemic and the Israeli regime has the full support of the US administration to do as it pleases, Israeli aggressive expansionism seems inevitable.

With much of the world now in lockdown, for most Palestinian people this experience is nothing new. Before the coronavirus outbreak spread around the world, a UN report identified that “over two million Palestinians – around 40 per cent of the population” face:

conflict and violence, displacement, and denial of access to livelihoods, among other threats; entrenched levels of food insecurity… [and] inadequate access to essential services for the most vulnerable households

The UN estimated that around “three-quarters” of those people live in Gaza. Israel’s blockade of this area and violence against its inhabitants has already “devastated public infrastructure” and “disrupted and overwhelmed basic services”. On 23 March, B’Tselem warned:

The spread of COVID-19 in the Gaza Strip will be a massive disaster, resulting entirely from the unique conditions created by more than a decade of Israeli blockade: a failing healthcare system, extreme poverty, dependence on humanitarian aid, dysfunctional infrastructure and harsh living conditions that compromise public health – even before exposure to the new virus – combine with overcrowding to form a nightmare scenario

By 27 March, there were nine confirmed cases in Gaza. According to the Palestinian Chronicle: “hospitals that were once overwhelmed by gunshot wounds and amputations” got ready:

for a very different challenge in a densely populated, coastal enclave of two million Palestinians, many living in refugee camps.

On 29 March, the West Bank and Gaza reported “97 confirmed cases” and one death. After years of occupation, Gaza’s broken hospitals simply can’t cope:

56 ventilators. 40 ICU beds.
For 2 million people living under a military blockade.#COVID19 will lead to unimaginable suffering for Palestinians in Gaza

There are only 26 free ICU beds to deal with the spread of Covid-19 in Gaza.

On 26 March, as the crisis escalated, Israeli forces also removed equipment needed for emergency clinics in the occupied Jordan Valley.

As medics throughout the world battle against the deadly coronavirus and Palestinians are denied freedom of movement, the Israeli military continues to drive Palestinians from their land and increase the risk to these families.

Amid the pandemic, people around the world used social media to honour Land Day:

Palestinian Land Day is a renewed hope for more than 13 million refugees around the world, in which Palestinians express their attachment to the land no matter how long it takes and no matter how much the pain increases.#PalestineLandDay pic.twitter.com/OCNEy5q4tu

The Palestinian people deserve our solidarity.
It's time to stand up to Israel's apologists and back #BDS now. pic.twitter.com/i4zLjp48hv

Let's all stand in solidarity with Palestine on the 44th anniversary of Palestine Land Day. #PalestineLandDay pic.twitter.com/ayi1XMsZG7

Coronavirus now affects us all. But in the midst of our personal chaos and confusion, the challenges we face seem easy in comparison to those facing people in Palestine. Not only has a US-based global tracker removed an entire country, but the horrific situation people in the occupied territories face trying to deal with the outbreak mean they need our solidarity now more than ever.