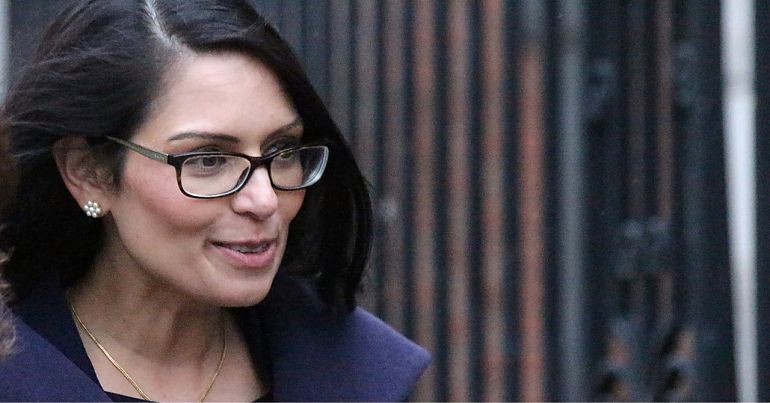 As home secretary, Patel bears ultimate responsibility within the government for topics such as law and order and border control. Both of these areas have been big talking points during the coronavirus (Covid-19) pandemic. Yet Patel hasn’t appeared at any of the government’s daily briefings so far.

“We can’t hide away from it forever”

One of the government departments under Patel’s supervision is the passport office. There are reports that staff there have been told to stop staying at home and get back to work. Computer systems and security issues make it difficult for passport office staff to work from home. A scientific adviser from the Home Office reportedly told staff that 80% of people would contract Covid-19 and “we can’t hide away from it forever”.

Yet Patel seems to be doing her best to hide. She’s turned down repeated requests to appear before the home affairs select committee. For example, the committee chair – Labour’s Yvette Cooper – wrote to Patel on 3 April. She wanted to know why there were no regulations regarding people arriving in the UK from coronavirus hotspots like New York or Hubei Province in China. Patel has offered private briefings but has so far refused to give evidence publicly. She finally indicated that she’ll consider doing so “towards the end of the month”. But she used her response to bemoan the “increasingly adversarial tone” of communications from the committee. She suggested that discussion of “operationally sensitive, and sometimes classified” material was behind her reluctance to appear in public.

Scram News has offered some possible reasons why it thinks Patel might be keeping her head down. It reckons she’s trying to avoid any discussion of the report into bullying claims against her. It also feels she’ll face criticism of her previous comments about ‘low-skilled’ workers, given that many such people are now demonstrably keeping the country going. Furthermore, Scram News thinks Patel may be having to backtrack on her views about the government’s responsibility for poverty. Or it could just be that she knows she’s rubbish at her job and is worried that everyone else will realise that if she attempts to do it in public.

Gone a bit quiet now about low skilled workers and immigrants hasn’t she? Now that they are literally keeping this country not only afloat but alive.

We don’t have to like our politicians to want to see them do a good job. Most of the current cabinet inspire very little confidence. But some of them at least look like they’re trying. Patel just looks like she’s not remotely interested.