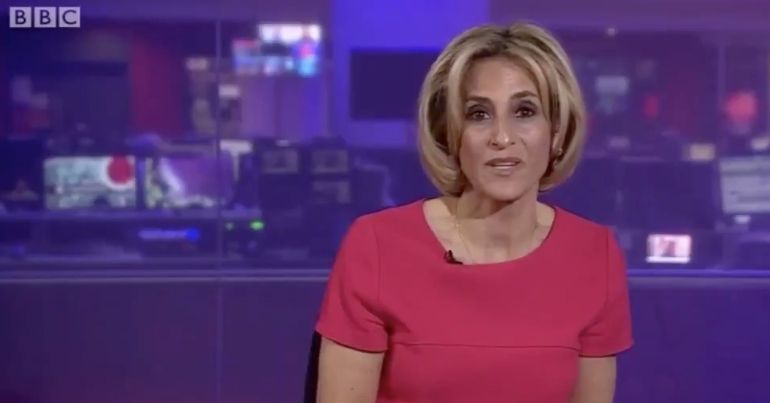 BBC Newsnight is not always known for its balanced coverage of political events. In fact, the programme has previously acted more like a Conservative Party mouthpiece at times.

But on 8 April, Emily Maitlis stunned viewers by doing exactly what independent broadcasters should do: speaking truth to power.

Maitlis opened the programme with the following introduction:

The language around Covid-19 has sometimes felt trite and misleading. You do not survive the illness through fortitude and strength of character whatever the prime minister’s colleagues will tell us.

She then took aim at one of the common misconceptions touted about coronavirus (Covid-19):

And the disease is not a great leveller, the consequences of which everyone – rich or poor – suffers the same.

Maitlis continued saying this is a “myth which needs debunking” and that:

those serving on the frontline right now – bus drivers and shelf stackers, nurses, care home workers, hospital staff, and shopkeepers are disproportionately the lower-paid members of our workforce. They are more likely to catch the disease because they are more exposed.

She also highlighted that the lockdown is much harder for those, such as manual workers, who can’t work from home, and those living in cramped accommodation or tower blocks. Maitlis then asked the question:

what kind of social settlement might need to be put in place to stop the inequality becoming even more stark?

Listen to this from BBC Newsnight.. powerful truth and taut clear writing … 1 minute you have to see. pic.twitter.com/dTLut3xs1U

As journalist Hicham Yezza highlighted, Maitlis has been widely praised for her words. But the fact that they’ve stunned so many people shows the sorry state of mainstream journalism:

This is great from Emily Maitlis but the enormous praise she’s been getting for it speaks volumes about the moribund state of UK political journalism and how little the UK public expect of it — the mere hint of independent, critical thinking is greeted like a miracle. pic.twitter.com/Uvss5KJ74D

Novara Media’s Aaron Bastani pointed out that he hadn’t seen that type of language used in the UK in “recent times”:

This is extraordinary. It is certainly patrician, yes, but make no mistake – this is the language of social solidarity shaping public debate. I’ve not seen this in Britain in recent times, certainly not after the 2008 crisis.#Newsnight

Journalist Ben Smoke, meanwhile, stated “this is what journos are supposed to do every single day”:

really telling how surprised people are by this.

this is what telling the truth looks like. this is what journos are supposed to do every single day.

that people are shocked by it shows what a piss poor job much of our media has been doing at holding those in power to account https://t.co/RMWAl8GDac

But while Maitlis’s words were brilliant and much needed, Media Lens nailed an essential point:

Fine, but these are the most basic observations obvious to anyone outside the millionaire media class. The issue is whether anything will be *done* about these social conditions. The entire 'MSM' just spent four years trashing the one person likely to do something. #classplaining https://t.co/TO78jeGU7l

Moreover, nearly a decade of Conservative-led governments have destroyed our public services. Furthermore, according to the UN, austerity measures have “deliberately” removed the country’s public safety net, pushing thousands of people into poverty:

In other words, the UN said a political choice was made to implement austerity measures; measures that fell:

So while it’s great that Newsnight is speaking truth to power, it’s also too little too late. It shouldn’t have taken a pandemic for this to happen.

If the mainstream media hadn’t been so keen to ridicule Jeremy Corbyn’s Labour Party, it’s possible there would already be a party in power committed to tackling the massive inequality that was rife long before anyone had ever heard of Covid-19.