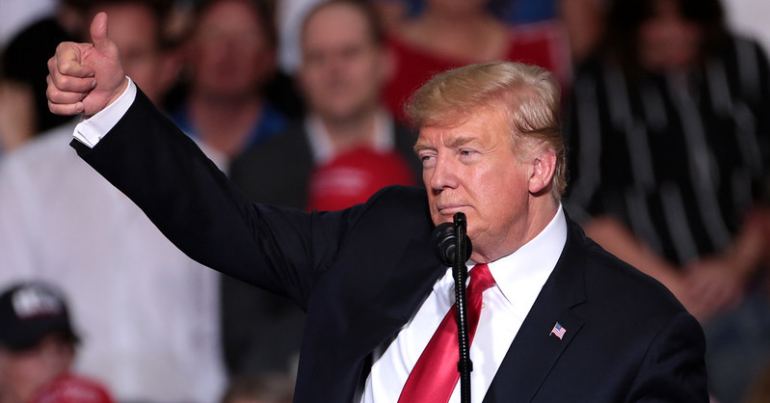 Whatever the result of the US election, white America has once again chosen Trump’s fascism.

An exit poll from the New York Times used research carried out by Edison Research to put together a picture of gender and race differences in voting.

Of course, exit polls only provide a snapshot of elections. There will be updates to these numbers as vote counting continues. There are, however, some insights we can pick up here with some confidence. 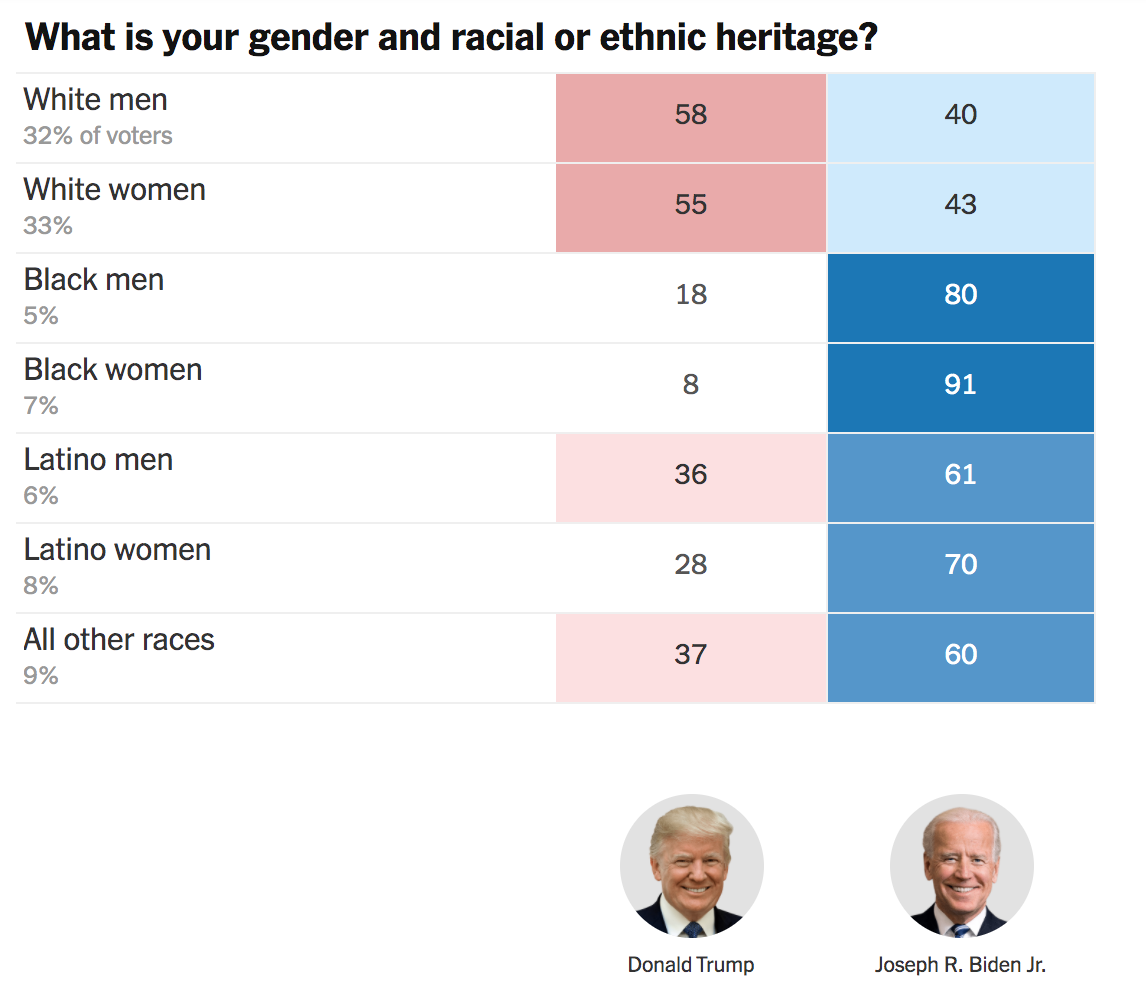 The largest voting group was people of no colour. 58% of white men voted for Trump, as did 55% of white women.

The rush to ask ‘leaders’ of minority groups to comment every time a Black or Brown person looks sideways at someone has become a bit of a pattern. The Canary is sure, then, that white leaders will account for their community very soon.

Social media users were quick to point out that this 55% was an increase on the 53% of white women who voted for Trump in 2016:

The sisterhood of white supremacy staying true to form. https://t.co/IdW3M31qBd

Let’s not get it twisted

And the 43% of Biden white women voters aren’t all anti-racist activists. Far from it. Biden has history for racist and sexist policies. Votes for Trump are just confirmation that a Muslim ban, kids in cages, the highest death toll of coronavirus (Covid-19) in the world, anti-Black rhetoric, transphobia, and much, much more aren’t a barrier for many people.

The kids locked in cages did not make a dent, man. Y’all act surprised every time like this. https://t.co/6aSQpvmcZp

Bree Newsome, who ripped a Confederate flag down with her bare hands, had this to say.

I actually don’t agree that another candidate from the primary would’ve done better. I think people continue to be in denial about how racist this country is & how committed the majority of white people are to preserving racial caste despite claims of believing the opposite.

As Newsome points out below, it once again appears that Black and Brown voters turned up in force to get Trump out.

It’s working class Black & brown people delivering victories for the Democratic Party yet people insist that the party is more elitist than the GOP because the whims of the white working class is all that ever matters in people’s class analyses.

Trump has all the capacity for nuance as Boris Johnson at a diversity seminar. His policies have largely happened in full view for potential voters to see.

As a clearer picture of voting patterns across the US emerges, as with the 2016 election, we will see white voters turn to Trump again.

The Daily Show correspondent Jaboukie Young-White had the following to say:

Trump is not an outlier. His politics are representative of America’s political climate. Getting him out of office won’t change the support he has had for fascist policies. Trump’s politics are a continuation of the white supremacy at the heart of who the settler United States is.

Joe Biden is going to win. But what people of color have long understood should be clear to everyone now:

Donald Trump is not an aberration, he’s a mirror. And that ugliness we see in him is America’s.

You’d be forgiven for forgetting that Trump has been impeached. The reasons for impeachment barely scratch the surface of the atrocities that Trump has overseen.

You’d also be forgiven for not needing to hold your breath to see if America would condemn the white supremacist in chief:

Whoever wins, one thing is clear:

Whatever happens, we know there will be a creepy old ra[c/p]ist in the White House.