Marr just witnessed a car crash. It was a Tory minister on NHS pay. - Canary 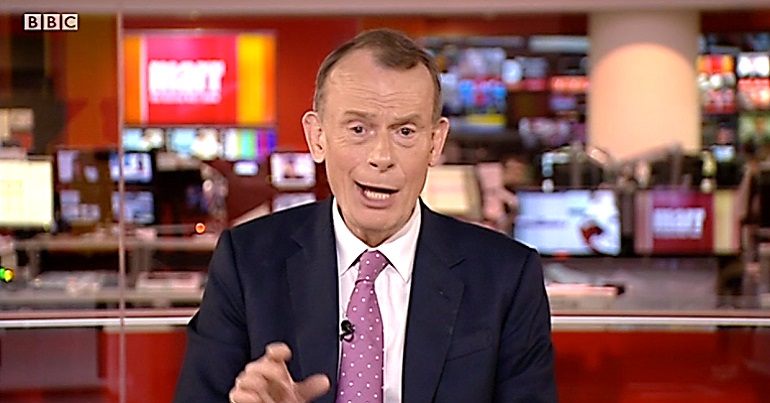 The Andrew Marr Show on Sunday 7 March saw a Tory minister crash and burn. But education secretary Gavin Williamson wasn’t talking about schools when it happened. He was defending the Tories’ appalling 1% pay rise for nurses.

In November [2020], the government announced that public-sector workers would have their pay frozen in 2021-22. The exception was for those on salaries under £24,000 and NHS staff…

On Thursday [4 March], the Department for Health and Social Care (DHSC) gave its evidence to the NHS pay-review body.

And, as BBC News said, the DHSC opted for:

a 1% pay rise across the board for 2021-22, citing the “uncertain” financial situation and current low inflation.

Unsurprisingly, people have been angry about this.

NHS organisations have spoken out. Trade unions are incensed. So, the Tories are, naturally, on the defensive. But sending out Williamson to do the Sunday morning TV shows maybe wasn’t their best idea. Because on Marr, he fell apart.

The host forced Williamson to watch footage of Boris Johnson and Rishi Sunak clapping for carers. Then, Marr asked him if he clapped too. Williamson said:

Like everyone. The whole nation went out there to clap.

It was obvious from Williamson’s pained grimace that he knew where this was going.

Marr was straight back on him, asking:

do you think, therefore, that the whole nation agrees with the Royal College of Nursing [RCN] that this 1% pay increase is frankly an insult?

Williamson went straight into typical Tory spiel mode. He started talking about the government’s “largest investment” in the NHS. But Marr wasn’t having it. He interrupted him, saying:

none of that helps an exhausted, crying nurse. … Do you think the nurses deserve more than 1%?

Again, Williamson twisted and turned. Marr again interrupted. Williamson squirmed and stuttered. Marr interrupted once more. But overall, Williamson’s defence was that 1% was all the government “can afford”. He said this is because the Tories are dealing with:

Gavin Williamson – The whole nation went out to clap#Marr – So do you think the whole nation agrees with the Royal College of Nursing that this 1% increase is an insult? pic.twitter.com/c5ARuyJWH9

As The Canary has already debunked, the Tories aren’t that ‘economically challenged’. All they’ve done is get their mates at the Bank of England to print a load of money. And it’s cash the Tories won’t have to pay back to anyone:

So it seems this is the austerity that was all too predictable. But by the looks of things, nurses and their supporters aren’t going to put up with it.

Some unions are talking about strike action. The Canary reported that the RCN:

has warned a large number of nurses could leave the profession due to the “slap in the face” from the government. RCN has decided to set up a £35m industrial action fund to support members wanting to strike.

On Saturday 6 March, #NHSStrike was trending on Twitter. So, could industrial action be looming? Unite has said similar to the RCN. And Williamson’s weak excuses on Marr will only compound the anger.