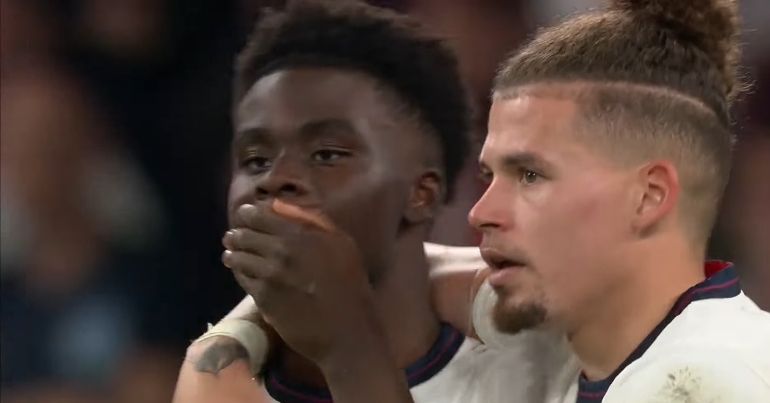 A record-breaking 31m viewers sat down to watch the football last night, as England made it into its first men’s major final in years.

Gareth Southgate’s young, socially conscious team stepped out to play Italy under much pressure. And after a tense, seemingly never ending two hours, the game came down to penalties.

Marcus Rashford’s shot didn’t hit the target. Jadon Sancho and Bukayo Saka were also unlucky, and the final ended in victory for Italy.

Since then, all three of those players have been subject to vile racist abuse on social media.

The horrifying racism has rightly been widely condemned, with many offering an outpouring of support for the whole team and the incredible job they did to get so far.

Solidarity with Rashford, Saka and all @England players that have been subjected to disgusting racial abuse. Solidarity with all racialised people who feel anxious and afraid right now. ❤️❤️#racism #BlackLivesMatter

Some of the statements rang much more hollow. The prime minister and home secretary were among those condemning the racism.

Only last month, Priti Patel said fans ‘have a right‘ to boo players for taking the knee before games, emboldening exactly the sort of people who would be racist towards the players.

In addition, Patel’s immigration policies could have cut the England team in half, were they implemented years ago. 13 members of the England squad are descended from immigrants: immigrants just like those whom Patel plans to criminalise and send to offshore detention centres.

Johnson has similarly been accused of promoting racist language:

In the three weeks after the ‘letterboxes’ article was published in August 2018, 42 per cent of offline Islamophobic incidents reported “directly referenced Boris Johnson and/or the language used in his column.” @GNev2’s got him bang to rights on this. https://t.co/CkDMLemZ4s

Some people have drawn attention to the good deeds and achievements of Rashford, Sancho and Saka.

But it’s important to remember, incredible as those three all are, no Black person ought to have to win a cup final or fight child poverty to protect themselves from racism.

I know you’re coming from the right place… but.. Can we also remember that Black people don’t have to do extraordinary feats in order to command common human decency #TouchlineFracas https://t.co/koqF0gLDBw

This is far from a unique occurrence in football. Only back in May, Rashford said he received over 70 racial slurs on social media after his team Manchester United lost the Europa League final.

The England team has, as mentioned, been taking the knee before every match to protest racism – and some of the reactions to this have made it clear why taking the knee is still important.

For anyone who is still unsure, the absolutely disgusting (and yet entirely predictable) amount of racist abuse being directed at certain England players right now, is exactly why the team has been taking the knee.

The organisation Kick It Out was created in 1993 to challenge racism in football. And it has said it would back boycotting social media to strangle online racism towards footballers.

Keir Starmer was another politician who took to social media to condemn the racist abuse this morning, saying it “doesn’t represent us”.

But it does represent us. And every time someone pretends it doesn’t we have a problem.

As many people pointed out, despairingly, this kind of racism is part of the racism we still have endemic across Britain.

Teenagers still report rampant racism in schools from both peers and teachers. Human rights experts condemned a government-supported report into race as ‘normalising white supremacy‘. The police are still far more likely to use force against Black people.

This barely even begins to cover it.

The reaction to last night further highlights how much we still need to do to tackle racism in this country.

Also, reminder that it’s not “racism in football”, it’s racism in Britain.