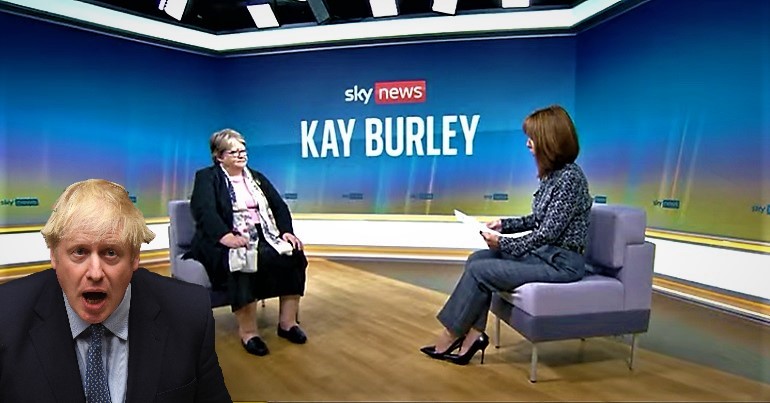 On Tuesday 27 July, Kay Burley interviewed Labour’s Andy McDonald on Sky News. He was discussing Dawn Butler calling Johnson a liar in parliament. After Butler stated this fact, the speaker threw her out. McDonald said:

I agree with Dawn. I think he is a liar… We’ve all seen Peter Stefanovic’s Twitter. I think it’s now [on] about 29m views – setting out very clearly where he has lied over the things that he says at the despatch box. … I’ve never know a prime minister where… the first default setting is there’s another lie coming. It’s whatever comes into his head. I think we’re in a pretty poor state in terms of our democratic credibility

“I agree with @DawnButlerBrent. I think he (Boris Johnson) is a liar. We have all seen Peter Stefanovic’s video now on about 29 MILLION VIEWS setting out very clearly where he’s lied at the dispatch box” @AndyMcDonaldMP pic.twitter.com/URFi9g7eXB

Almost 30 million people have seen Stefanovic’s video. As The Canary previously reported, on 7 July Good Morning Britain (GMB) had the lawyer on to discuss the PM’s serial lying. As Stefanovic said:

On 28 July, Burley was interviewing work and pensions secretary Thérèse Coffey. She played her the clip of McDonald calling Johnson a liar and noted Stefanovic’s video. Burley asked Coffey if it was:

Predictably, Coffey tried to. She said:

Not at all. I’m quite saddened by what’s happened. A lot of this is done to drive small clips on social media. I work in the House of Commons. The chamber is a place where often we come together, mainly about issues on which we disagree… I know the prime minister has led from the front in tackling covid

But Johnson’s lies go way beyond Twitter trends. Full Fact has documented them. It concluded that it couldn’t “determine” if the PM was lying because “because you’d need to know that they intended to deceive people” but it noted that Johnson:

has corrected none of the errors

Back to Sky News, and Burley tried to stop Coffey, saying:

He does tell lies, though. He’s been sacked twice for lying, hasn’t he?

Coffey ignored this and continue to waffle. So, Burley tried again, saying:

Can you not accept that he does tell lies?

All I will say is the British people backed Boris to be prime minister. He’s doing a great job… All this trivia that’s generated by people just trying to get media clips I’m afraid doesn’t work. We’re in a grown up situation. He’s leading the country, and I’m very proud he’s my prime minister.

Burley got one last dig in:

And it doesn’t matter if he lies.

To which Coffey was still “proud”.

The minister’s predictable defence didn’t exactly say Johnson doesn’t lie. It was more glossing over the fact. But at least Burley and Sky News have finally picked up on Stefanovic’s video. Which, at the time of publishing, is better than the BBC. Because the public service broadcaster continues to completely ignore Johnson’s perpetual lying to parliament and the nation.