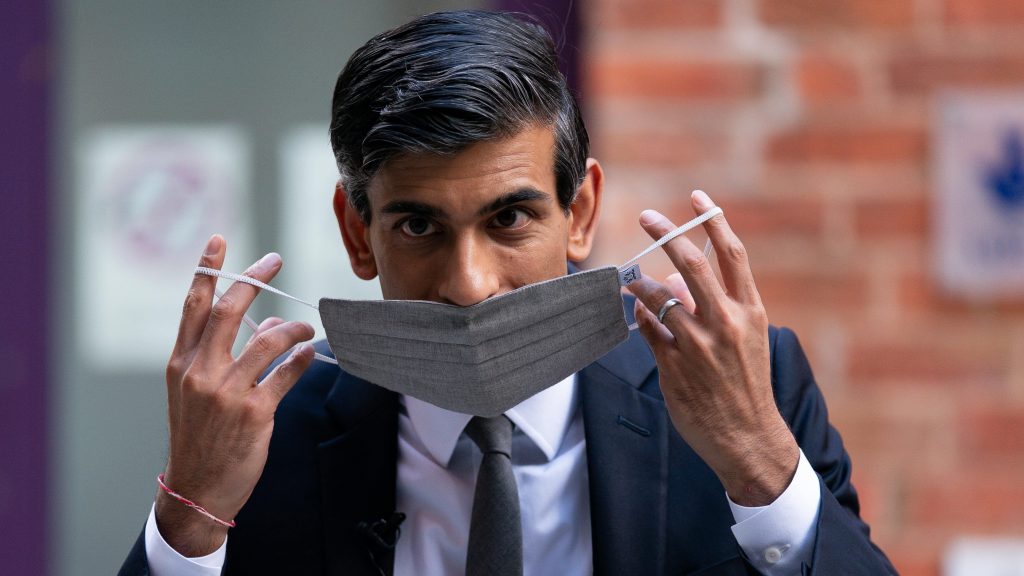 The chancellor should use his visit to Scotland to apologise for “prematurely withdrawing furlough and risking thousands of unnecessary redundancies”, the SNP has demanded.

The SNP’s shadow chancellor Alison Thewliss urged him to explain “why he is short-changing us on youth jobs” and going ahead with Universal Credit cuts that will “plunge half a million people into poverty”.

Rishi Sunak will visit Edinburgh, Glasgow and Fife on Thursday to meet people supported by the UK government’s “plan for jobs” scheme, which he said has supported one in three jobs in Scotland and tens of thousands of Scottish businesses.

“Apologise to the people”

to apologise to the people and businesses here for withdrawing furlough support prematurely and risking thousands of unnecessary redundancies.

I would urge Rishi Sunak to explain to the people of Scotland why he is short-changing us on youth jobs, and ploughing ahead with Universal Credit cuts that will undermine the Scottish Child Payment and plunge half a million people into poverty, when at the same time he can find £250 million for a UK Government yacht.

It is increasingly clear that the only way to keep Scotland safe from Tory austerity is to become an independent country with the full powers needed to protect jobs and secure a strong, fair and progressive recovery.

More than 660,000 low-paid key workers, including nurses, supermarket staff and social carers, will be among the millions of people affected when the Universal Credit £20-per-week uplift ends in the autumn, figures from the Royal Society for Arts, Manufactures and Commerce suggest.

From July 1, employers had to pick up 10% of their furloughed workers’ salaries, with the government paying 70%, while in August and September, the government will pay 60% and employers will pay 20%. The furlough job support scheme is due to finish at the end of September.

During the peak of the pandemic in May 2020, nine million people were furloughed across the UK. Figures published at the start of this month showed the number of furloughed jobs in Scotland fell to 173,100 at the end of May, down from 275,700 in April.

Thanks to the strength of our Union we’ve deployed the fastest vaccination rollout in Europe and our economy is rebounding faster than expected.

It’s vital this continues, and Scotland’s innovation and ingenuity will be key in creating jobs, powering our growth and driving a green recovery.

The Treasury added that through the pandemic 900,000 people in Scotland were furloughed, more than 90,000 businesses have received loans and £1.535bn has been paid in self-employment support.

Sunak will meet figures from financial services in Scotland who kept call centres open throughout the Covid-19 outbreak and distributed billions of pounds through UK government loan schemes.