Berlin voted to tackle soaring rents. It's time the UK did the same. - The Canary 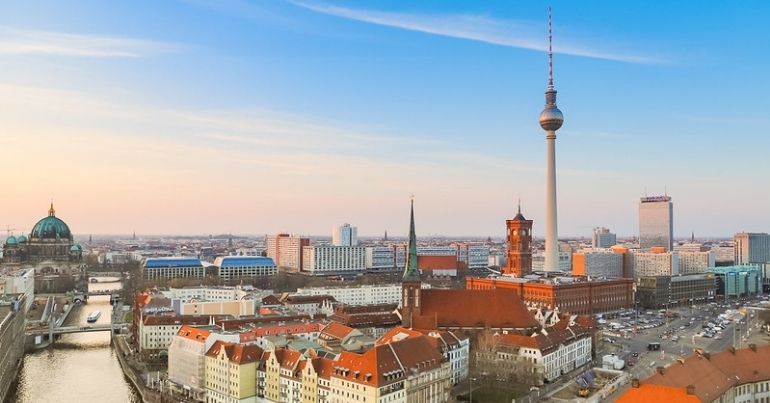 Voters in Berlin have elected to take apartments from big landlords in a bid to make housing more affordable. On 27 September, the city voted to buy up to 240,000 apartments from landlords. 56% of Berliners voted for the measure.

The vote is non-binding, but campaigners are urging city officials to follow the popular vote. The result of the referendum was met with some envy in the UK:

Lord I have seen what you have done for others https://t.co/otLU7lHGhv

There has been growing anger about the increase of rents in Germany’s capital. According to real estate firm Guthmann, there has been a 13% rent increase in the city over the past year.

This has caused anger from the three-quarters of Berlin that rent. Furthermore, there is a shortage of flats in the city of about 205,000.

Berlin tenants in flats owned by company Adler recently told AFP that nearly 700 of them were facing a rent increase of 8%. For Regina Lehmann, whose only income is a disability pension, the increase was difficult.

Situations like this led to housing being a big factor for Berliners in Germany’s election.

Here's another way to end the housing crisis.

"Instead of building more homes to combat rising rents, Berliners opt for expropriating some 240,000 units of existing private housing"
https://t.co/Sq2qXqNtyn

Big real estate groups like Adler own many of the flats in Berlin. Adler alone owns 20,000 properties, and the biggest German rental company Vonovia recently announced it could buy a smaller rival, bringing its ownership to 550,000 apartments.

Seeing the situation, campaigners decided to take action. They secured 346,000 signatures, more than enough to allow them a referendum on the expropriation from big landlords.

Ignoring the referendum would be a political scandal. We will not give up until the socialization of housing groups is implemented.

Housing in the UK

As the news of Berlin’s referendum result broke, the results resonated with may in the UK with the desire to do something about housing.

The UK is in its own housing crisis, with many people completely unable to get into the market as house prices rise faster than wages. Rents are very high in the private sector, with many needing help from the state to cover them. The high rents also make it harder for people to get on the housing ladder as they can’t afford deposits.

Additionally, it’s harder to get affordable social housing. Rents are rising across the UK, and outside of London they’re rising at the fastest rate since 2008.

These conditions make a vote like Berlin’s very attractive. What it makes clear is that something must be done to solve the housing crisis.

In #Berlin people just voted to take back properties for the ultra wealthy for social housing.

In the UK the housing crisis continues, with government measures nothing more than easing the transfer of wealth from ordinary people to property developers.