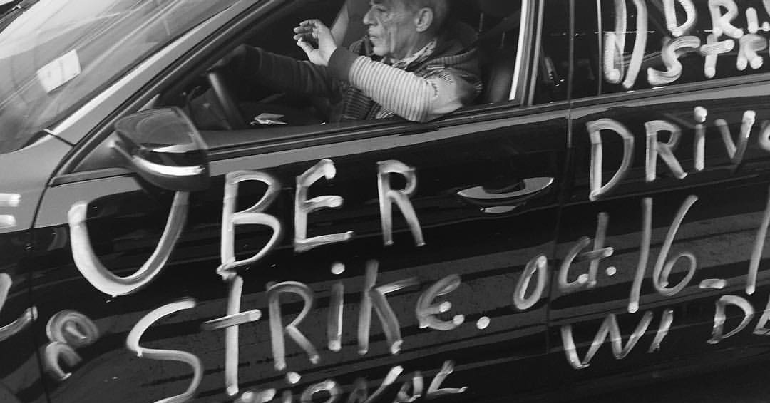 Uber drivers are on strike today, and they’ve asked passengers to not cross the picket line and to boycott the service for 24 hours

Demonstrations are being held today in support of Uber drivers in eight UK cities.

This February, Uber drivers won a massive victory in the Supreme Court. The Court upheld a previous ruling which affirmed that Uber drivers were workers and entitled to workers’ rights.

The decision from the court has forced Uber to pay its workers the minimum wage, holiday pay, and pensions.

Uber continues to indiscriminately fire thousands of drivers by automated means without right of appeal or often to even know the allegations against them. More info on the strike here. pic.twitter.com/8mSf5kSlAz

Another issue is that Uber is changing from its previous pay model – which was based on both time and distance – to a fixed fare model. This means that drivers will not receive any more pay if their fares are re-routed, or if there are heavy delays.

The ADCU is also complaining that Uber has unfairly dismissed its workers. According to Uber driver Steve, a member of the ACDU:

We understand how difficult this pandemic has been for everyone. We just wanna send the message that we cannot keep going on with the fares going down to the bottom. At some point we need to be valued; at some point our work needs to reflect our costs

Many supporters have sent messages of support on Twitter

Not using #Uber for now in solidarity with the hard working drivers that @uber is still milking with fixed price while violating their own T&Cs with impunity. Please don’t use that app today. Thank you. #uberdriverstrike #UberStrike @TfLTPH @MayorofLondon @GMB_union @guardian https://t.co/QwmmMRg0Wq

A global struggle against precarious work

The strike has received messages of solidarity from Uber drivers worldwide:

WE STAND UNITED with UK drivers striking for an end to unfair deactivations. ✊✊🏼✊🏾 #UberStrike #ADCU pic.twitter.com/y4movazAwW

Brother Ejaz Butt from Canada 🇨🇦 @IAATW_Org will be striking for 24 hours on Tuesday 28th September and protesting with drivers outside Uber Office in Toronto.

🔴Drivers – do not log on.
🔴Passengers – please do not cross the picket line.#uberstrike #DoNotCrossThePicketLine pic.twitter.com/f9aZet3WgO

The Canary contacted Uber for a comment on the strike and the claims of poor working conditions and unfair dismissals. We had not received a reply by the time of publication.

And the strike has begun to bite

The ADCU tweeted earlier today that that the strike was biting during the Glasgow morning commute. It claimed that fares on the Uber app were significantly higher due to the lack of drivers.

Uber drivers have promised that today’s 24-hour strike is only the beginning of a long struggle. Their struggle is an important part of a global fight to force gig economy companies like Uber to end precarious work. Uber drivers need our support and solidarity today and for the long haul.