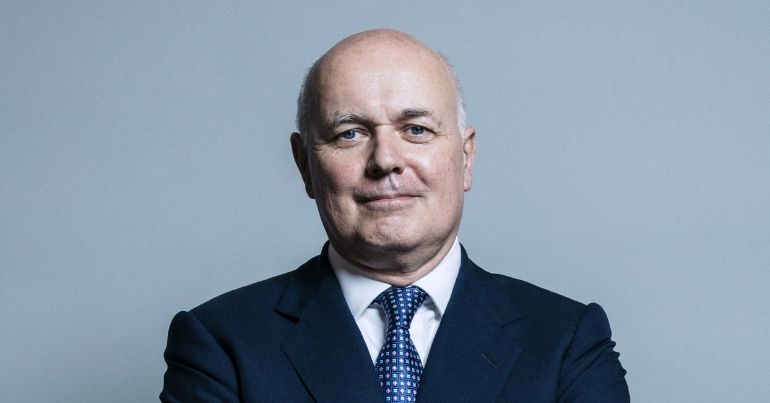 People have reacted with scepticism to an Iain Duncan Smith article in the Mail advocating a return to the office.

In the weekend’s Mail on Sunday, Duncan Smith wrote an opinion piece titled In the 1940s they kept coming to the office – even when Hitler’s bombs were raining down. In the article, he argued that it was time for people to get back to the office, saying our city centres are “half empty”, hurting both productivity and businesses nearby offices.

However, many people pointed out the fundamental reason people didn’t work from home (WFH) in the 1940s:

1. No they didn’t
2. If they did it would have been stupid because bombs came at night.
3. They didn’t have the internet in the 1940s
4. Stop making things about the war. The war was shit. pic.twitter.com/bsGRryGOFp

Wait til Iain Duncan Smith hears about the internet. It's going to blow his mind. pic.twitter.com/vLdlMHpsKe

Others pointed out some other differences between now and the 1940s:

According to the ONS, around a quarter of people worked from home at some point during 2020 – a number that goes up substantially to nearly half of workers in London.

While offices are now reopening, many are choosing to remain at home. There’s been an increasing demand for flexible working, and thousands expect that they’ll never return to the office full-time.

However, similar to Duncan Smith, bosses of big firms like Goldman Sachs have called home working an “aberration”.

The positives of WFH

But as many people highlighted, the ability to work remotely makes employment much more accessible for disabled people.

Disability activist Ruby Jones said that she had been able to have a full-time job for the first time due to being able to work from home. She told the BBC how remote working allows her to work without getting seriously exhausted due to her Ehlers-Danlos syndrome.

It’s also been a big hit with many parents and those looking to avoid extortionate city centre rents:

IDS: we need to get disabled people working
Society: *starts making WFH much more of a norm, thus making loads of jobs much more accessible*
IDS: NO NOT LIKE THAT, I MEANT SOMETHING CRUEL AND PUNISHMENT BASED

I wouldn't have a shot at a career, much less the job I do now, if working from home wasn't an option.
If London based jobs are accessible due to working from home, that changes the game for graduates https://t.co/Z5tXaqvwXJ

In the article, Duncan Smith wrote:

When I think of all the brave civil servants who went to work in the 1940s, determined to do their bit regardless of the threat from falling bombs, I wonder what has happened to us as a nation.

Why are Brexiters and Tories obsessed with The Blitz? It was 80 years ago. The only lesson to be learnt is that people who lived through it knew that we could not return to the inequalities of the past so the welfare state and the NHS were born.
That was building back better.

It shouldn’t need pointing out how many things make our working situation different to the 1940s. Considering this, harking back to a past war that placed us in an entirely different situation to a global pandemic is a pretty useless attempt to play on nostalgia.