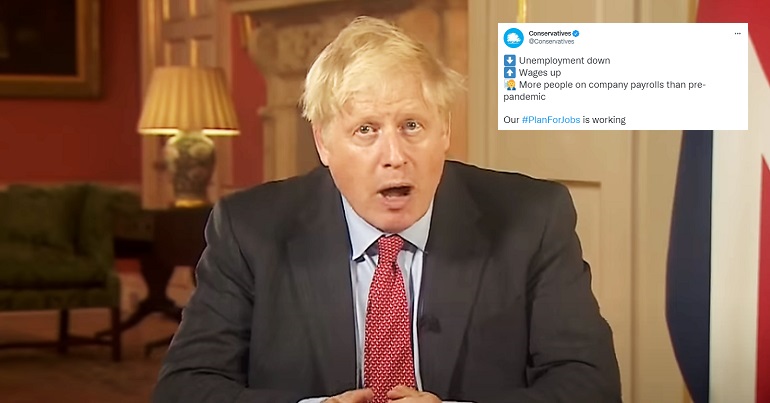 The Tories were trotting out lies and misleading stats about employment across social media on Tuesday 15 February. Fortunately, a trade union organisation was on hand to correct their falsehoods.

Conservative Party social media has been focusing on employment. This is because the Office for National Statistics (ONS) has published new jobs data for the UK. ONS headline figures showed:

Meanwhile, real terms wages (how people’s pay tracks with inflation) have flatlined. As a graph from Sky News showed, the money people earn has been stagnating for years:

And the ONS backed this up. As it reported, while actual pay has increased:

In real terms (adjusted for inflation), in October to December 2021, total and regular pay fell on the year at negative 0.1% for total pay and negative 0.8% for regular pay.

It also said the number of people employed by companies was up by about 400,000 pre-pandemic: 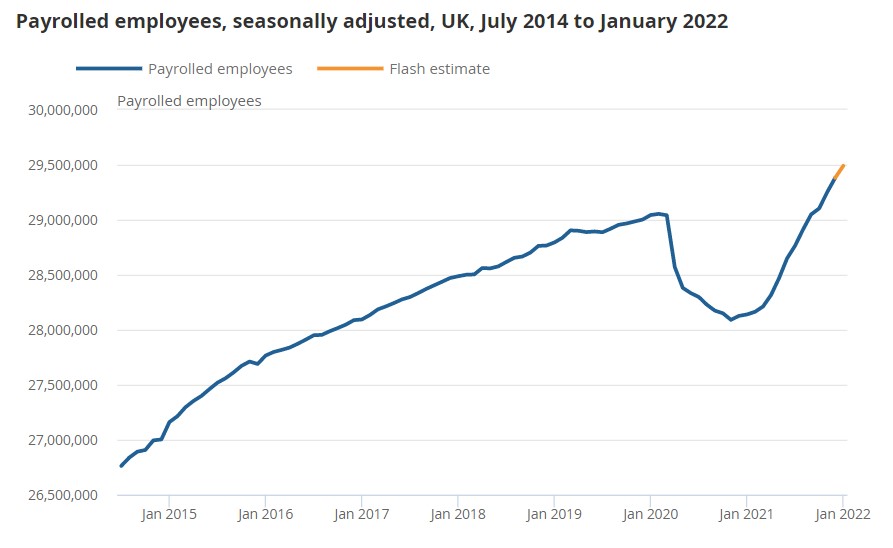 But the number of self-employed people was down by over 850,000: 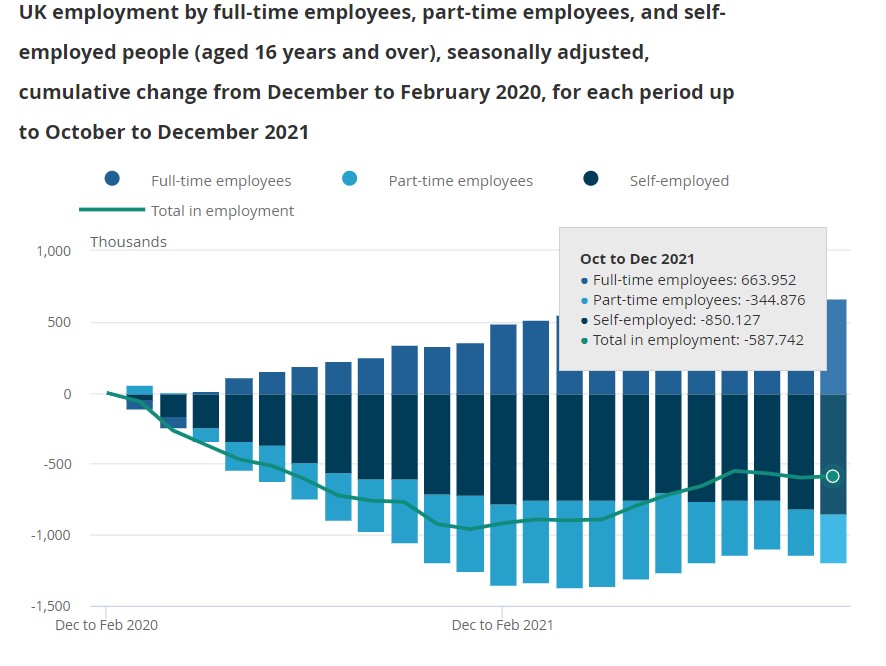 Seems clear, yes? Well – not if your the Tories’ social media. Because it completely misrepresented the facts.

As the info in this article shows, the Tories’ claims are either lies or misleading. Luckily, the Trades Union Congress (TUC) was on it.

As the TUC tweeted:

⬇️ There are 588,000 fewer workers in employment than pre-pandemic.
⬇️ Wages are down 3.8%, when you factor in inflation.
👩‍💼 The payroll stats exclude self-employed workers. https://t.co/5DDjhQlMic

The TUC was not the only one correcting the Tories’ falsified post:

And the award for creative accounting goes to…

Wages are down 3.8% in real terms when inflation is taken into account. And according to @ONS average working hours are down, so that payroll stat doesn’t equate to money in workers’ pockets. https://t.co/hsWS22KfeD

Some people were very to-the-point:

There’s an old saying which goes: ‘never trust a Tory’. It seems that under Boris Johnson and Co. that phrase remains as true as ever.