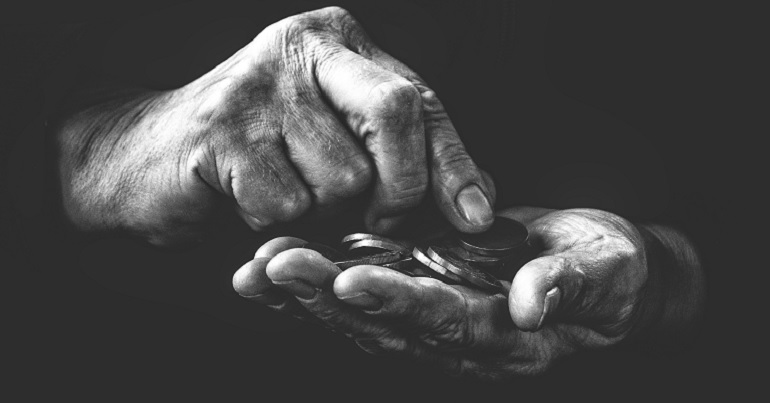 The poorest households are taking another hit to their finances. People could see broadband bills rise by 10% this year. It comes amid the ongoing Tory-enabled cost of living crisis and is yet another blow to households already struggling.

Cost of living: the crisis

The UK is facing its biggest cost of living crisis in recent years. As The Canary has already documented:

In the coming months, things will get worse:

And now, another area of people’s lives is set to become even more unaffordable – potentially impacting many other areas.

Ofcom is the communications regulator. It deals with television, radio, internet, and telecommunications. On Tuesday 15 February, it released a report into how affordable communications services are. Ofcom’s findings showed that the price of mobile phones and broadband was also impacting the overall cost of living crisis. As the Guardian reported, Ofcom warned that mobile, telephone, and broadband bills could go up by over 10% this year. Based on an average bill, this would see households facing a yearly rise of just under £40.

This higher than inflation increase comes against a backdrop of people already struggling to keep up with their bills. Ofcom found that:

Predictably, it was the poorest households and those reliant on social security who struggled the most. Ofcom said that 11% of them were struggling with the affordability of broadband with 3% of low-income households cancelling services because they couldn’t afford them. Moreover, over 1m households (5%) don’t even have home broadband. They rely on mobile data for internet access or other devices. And 7% of this group struggled with these costs.

Ofcom says part of the solution to broadband being too expensive is social tariffs. As it noted:

Special discounted broadband packages… are available to an estimated 4.2 million households in receipt of Universal Credit.

But only 55,000 homes have taken advantage of these discounted rates so far – just 1.2 per cent of those eligible. That means that millions of benefits recipients are missing out on an average annual broadband saving of £144 each.

Currently there are eight social tariffs available. Some of them are also available to people claiming other types of social security. But the prices and speeds of connection vary: 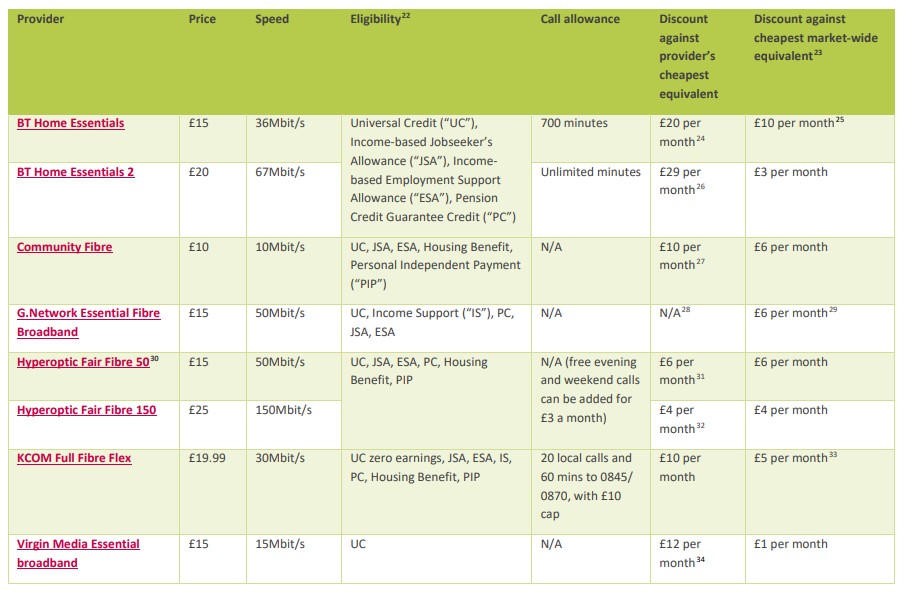 Ofcom says that 84% of social security claimants don’t even know about social tariffs. This is despite 6.8m households potentially being entitled to them.

Moreover, if people struggle to pay phone and broadband bills and get cut off, this will directly impact on other areas. For example, take the “out-of-work” Universal Credit claimant who Ofcom says spends 8.3% of their disposable income on broadband. They have to manage their social security claim online, so no internet or mobile data would mean chaos.

Historically, if you didn’t have internet access you could visit a library. But with Tory-led austerity closing over 800 libraries as of 2019, this is becoming less of an option. For children, the effect on education has also been stark, highlighted further by the pandemic. As Ofcom wrote:

Additionally, around one in five children (17%) did not have consistent access to a suitable device for their online home-learning. This increased to 27% of children from households classed as most financially vulnerable.

And none of this addresses the 3.3 million people in 2020 who had still never even used the internet. This figure includes two million chronically ill and disabled people.

A perfect storm for the poorest people

Struggling to eat, heat, and fuel their homes, the poorest people were already facing social exclusion, financial devastation, and overall socioeconomic hardship. Now, with the added impact of potentially no internet access, the situation for some of the most deprived and marginalised people in the UK is looking even more desperate.

So, community support and cohesion is crucial. We all need to be active in our local areas – offering mutual aid where needed and ensuring as few people as possible fall through the ever increasing cracks in a system collapsing in on itself.