Resigning ministers could get huge payouts in severance money - Canary 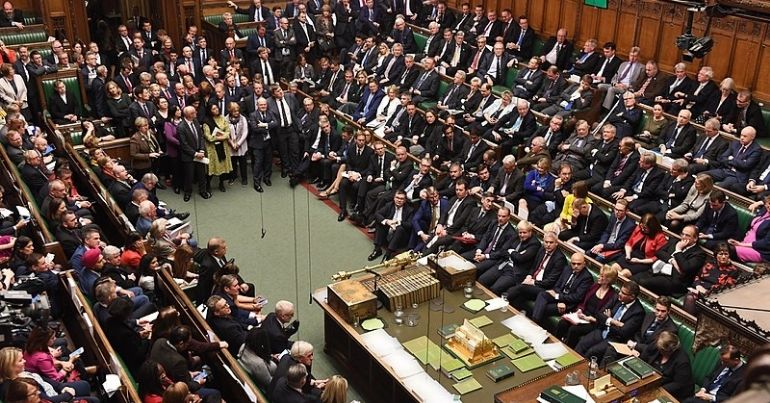 Resigning ministers will be in line for massive payouts as part of a parliamentary severance scheme, according to reports. Figures from the Liberal Democrats show that up to £245,000 in public money will be paid out. This week saw tens of ministers resign in a successful bid to force Boris Johnson out of office.

Those leaving the government payroll are entitled to a quarter of their annual ministerial salary.

Shockingly, this may mean a minister who served for less than two days gets a hefty severance payment:

This includes Michelle Donelan, who was education secretary for less than 36 hours. Despite appearing to be the shortest-serving secretary of state in history, taking a record that has stood for more than two centuries, she is entitled to nearly £17,000.

In fact, Johnson can claim the special ex-PM allowance of £115k annually. And this would only be reviewed if he took up another public appointment.

All the ministers who walked out will get 3 months pay off.

If you did that you would get the sack.

Even if you did it after legally balloting then this mob wants to bring in scab workers to undermine you.

Join a union and let’s take them on in every single workplace.

Needless to say a Boris-fatigued public were not overjoyed:

Every minister who resigned will now get a one-off payment of 25% of the yearly salary. And most of they will also walk right back in to their ministerial position in one for or other. Which will trigger extra payments in the form of expenses for setting up their new office.

And in the Commons, Labour’s Rupa Huq asked if the ministers in question would accept the cash or choose not to reward failure:

Labour MP Rupa Huq asked if they 'will be forfeiting their right to this? Because we do not reward failure' https://t.co/mn6JfG1ogV pic.twitter.com/JFFOjE8sUZ

Given many of those who resigned may be returned to their posts after Johnson has gone, some asked whether they would still get the bonuses:

The cabinet,junior ministers & PPS that resigned are entitled to a few months pay as a goodbye. A) if they return to post do they forego it? B) Seeing as they are all complicit in whats happened will they do the right thing and forego the payments? I'm guessing no to both

And, new details of the infamous Downing Street flat conversion have emerged. A leaked copy of the invoice showed some shocking costs.

Activist Dr Shola Mos-Shogbamimu pointed out that there’s no cost of living crisis for the Johnsons:

This leaked £200,000 invoice of Boris Johnson’s No 11 renovation is proof there’s no #CostOfLiving crisis ….for the Johnsons. pic.twitter.com/ObxFDEhRhk

Questions are also being raised about whether Boris – who plans to stay on as PM for several months – will have a wedding party at Chequers:

I seriously can’t believe after the Partygate scandal that anyone is even considering Johnson being able to use Chequers for a wedding party.

Chequers is a lavish rural manor in Buckinghamshire and serves as the official country residence of the PM. It cost up to £1m a year and has a heated swimming pool, according to The Mirror, which reported Friday that:

Two separate sources told the Mirror that Mr and Mrs Johnson were keen to go ahead with the party, to which they have invited many of their family and friends.

The BBC reported that after “criticism” the wedding party will be held elsewhere.

While the country deals with inflation and a cost-of-living crisis, we should recall none of the Tory ministers in question are going to go hungry. Yet, much of the media has concerned itself with court gossip about weddings and coups.

For those who aren’t highly paid politicians, the current crises have tough implications. And that makes the idea of fat severance packages for the people who caused these implications even more grotesque.