Labourites are arguing over the Forde Report, forgetting that the party is dead - Canary 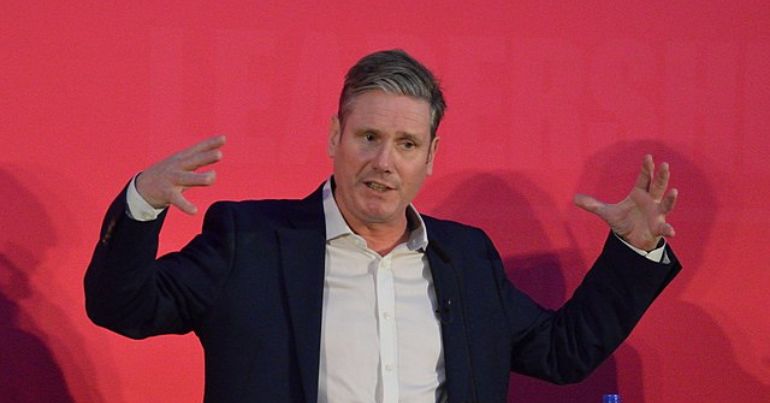 For many on the Left, the Labour Party was always a bit of a joke. Then in 2015, a socialist was accidentally allowed to run for leader… In 2022, we’re right back where we started. How do we know? Well, the long-awaited Forde Report is out.

The report is meant to address the contents of a leaked document from 2020. That document contained WhatsApp messages which appeared to show, among other things, that right-wing staff members sabotaged the party’s left-wing leadership.

For the most part these claims seem to have been borne out by the evidence. Although, the authors of the Forde Report have been accused of “both sides-ing”:

The Forde report confirms many claims made by the left about the Corbyn years. But its biggest flaw is its desperation to "both sides" each point, as if an elected leadership with a mandate, and unelected staff resisting that mandate, are equally culpable for factional conflict.>

And, the usual collection of tired Blairite hacks have been accused of selectively citing Forde findings to fit their own elite worldview:

Look how despicably this quote from Forde is cut short by Waugh to make it look like it's attacking the authors of the leaked report rather than praising them.

But the truth is that people can, and will, argue over the report and the entire Corbyn moment as much as they want. But it’s time to accept that the Labour Party, clown-show that it is, is not, and was never going to be a vehicle for working class power.

For example, as former trade union leader Len McCluskey tweeted yesterday, it collapses the argument by anti-Corbyn saboteurs who now dominate the party, that Corbyn staff interfered with anti-Semitism allegations:

The Forde report deals a devastating blow to the accuracy of the 2019 Panorama programme into antisemitism in Labour.

It rejects the "narrative" that Corbyn's staff imposed themselves on disciplinary processes, Panorama's central claim.

There are questions for the BBC and Keir. pic.twitter.com/HlphZYcdvU

McCluskey also reminds us that Keir Starmer actually paid out money to some of those accused of wrecking Labour’s electoral hopes:

Keir's decision to pay out fortunes to the ex-staff featured in Panorama in court—against Labour's barrister's advice—was an abuse of members' money that I criticised at the time.

After Forde, with Labour struggling to stay afloat financially, we see what a poor decision it was. pic.twitter.com/1ziQmcKMDn

Political poet Lowkey reminds us that some of the same group appear to have used a form of information warfare to dupe the Labour leader that they were doing their jobs:

The Forde Report has reminded me of this story: Labour officials deceived Corbyn during the 2017 election by targeting Facebook posts so they were seen only by him and not the public, following his request that calls for voter registration be boosted.

As John McDonnell, who was shadow chancellor under Corbyn, point outs, party officials diverted funds meant to win the 2017 election as well as a range of other outrageous behaviour:

Shockingly Forde report findings confirm what was suspected. That party officials secretly diverted election funds in 2017, prevented supporters of Jeremy Corbyn from having a vote in the leadership election & used discriminatory abuse. To move on lessons need to be learnt.

Jeremy Corbyn himself pointed out that the party’s (often unelected) right-wing faction simply could not come to terms with the idea of basic democracy:

Despite overwhelming support from members and affiliates, powerful groups in the party found that change hard to come to terms with.

This led to a conflict in Labour that created a toxic environment, which the Forde Report lays bare.

It is not just that the party’s ruling class wrecked two elections and kept the Tories in power. It is that they did so successfully. Clearly there were also other strategic reasons – some self-inflicted – that the Corbyn moment came to nothing. But let’s be honest. Apart from a flurry of projects after World War 2 (and some good but doomed intentions between 2015 and 2019) the party belongs, as it always has, to capital.

If there is a parliamentary route to power for the left and the working class, it definitely isn’t Labour. And anyone still flogging that dead horse in 2022 needs to take a long hard look at themselves.

Featured image by Wikimedia Commons/Rwendland, via CC 4.0, resized to 770×403