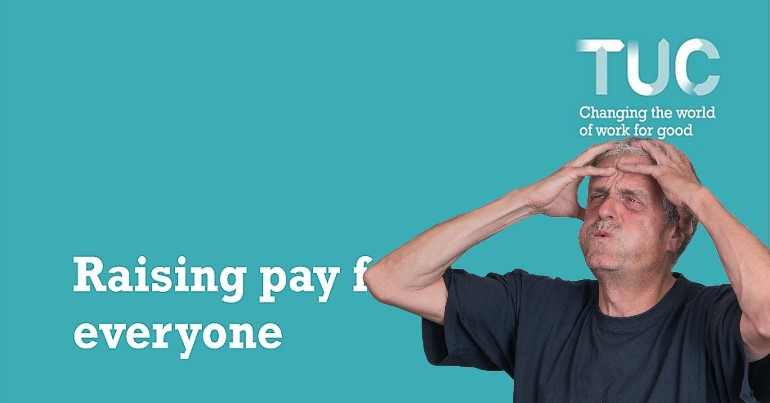 The Trades Union Congress (TUC) made an all-singing, all-dancing announcement on Tuesday 23 August. It released its plan for a £15-an-hour minimum wage. Sadly, people are underwhelmed by it, and are calling for a general strike instead. No wonder, really, when the TUC is years behind trade unions.

As the Guardian reported, the TUC is calling for a £15 minimum wage. It wants this by 2030 at the latest. You can read the full TUC report here. The Guardian noted that:

In a move that opens a fresh policy gap between unions and Keir Starmer’s Labour party, the TUC has thrown its weight behind calls for a more ambitious legal floor on pay rates. The union body said the government needed to draw up plans to get wages rising as workers suffer the biggest hit to living standards on record.

It said too many workers were living “wage packet to wage packet”, and a £15 minimum should be in place by at least 2030 but could be achieved sooner with a government that was serious about getting wages rising after years of sluggish pay growth.

But, the TUC isn’t just calling for £15 an hour. It’s saying that the government should calculate the minimum wage as 75% of the national median pay. Currently, the minimum wage is 66% of the median. So, that would mean a higher average pay for the country. However, it’s really not good enough that its forecasts give the date that it will hit £15 as 2030.

Twitter summed the situation up nicely. People have been saying the TUC plan is weak. Much of the talk is that the TUC should have called for a general strike:

#GeneralStrike. TUC you are just not up to the job, just like the Tories. A petition ? Really? The government (🙄) must be rolling around laughing.

Anyone else disappointed with the #TUC announcement? We need a #GeneralStrike

You’ve oversold this. A 15 quid minimum wage by 2030 without any real campaign to mobilise for it means very little in the context of the worst cost of living crisis in two generations. What is needed is a united campaign of industrial action. #GeneralStrike

I’m underwhelmed. A £15 min wage is laudable but the UK is spiralling round the plughole. I was hoping for a much bigger announcement. We need to force a #GeneralElectionNow. Will there be a #GeneralStrike?

But the TUC arguing for something that many don’t see as radical is hardly surprising.

As The Canary‘s Tom Coburg tweeted:

The TUC has a long history of functioning as a break to any attempt to organise a general strike. The only way we will get a #GeneralStrike is if most if not all unions unilaterally go on strike simultaneously, combined with widespread community direct action.

As LibCom wrote about the TUC, it has been:

agents of [its] own decline through the very act of self-preservation. Taking on the role of mediator between the bosses and the workers saw [it] work to dampen down the very threat of workplace militancy which made [it] useful as mediators in the first place. Likewise, an unwillingness to organise where it isn’t cost effective to do so has seen [it] retreat into a cycle of declining membership and declining income.

Moreover, the £15-an-hour idea isn’t new. The Bakers, Food and Allied Workers Union (BFAWU) have been calling for it for at least three years. And with inflation set to hit a staggering 18%, the TUC giving people pie-in-the-sky for 2030 is not reading the room. As a minimum, we need a general strike – and perhaps a revolution should be on the cards too.

Featured image via the TUC – screengrab and Robert Prax – pixabay