In a stunning move, Emily Maitlis says what we've all been saying for years - Canary 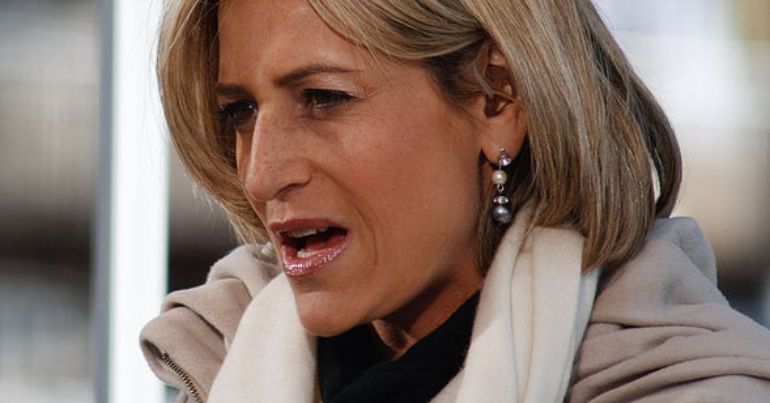 Former BBC Newsnight presenter Emily Maitlis has warned of media bias and sinister Tory plots, mere years after the rest of us, and in spite of being head of the BBC’s flagship show during the worst of it. Pats on the back for Emily.

The former senior BBC figure made her comments during the MacTaggart Lecture in Edinburgh at a major TV festival. Among other things, she said “an active agent” of the Conservative Party sits on the board of the BBC and influences impartiality.

She warned that British institutions were under attack:

Emily Maitlis – "We are seeing politicians move in directions that are deeply & clearly deleterious to basic democratic government…it's about people in power who are prepared to test the very limits of the constitution to achieve their aims…" pic.twitter.com/PpwumFmSI8

Social media users, however, recall Maitlis’ conduct during her tenure with some anger, suggesting that she has hardly shown herself to be unbiased.

One twitter user pointed out that BBC bias was hardly news:

From a Scottish perspective, Emily Maitlis' speech about bias in the BBC is like a fuss over someone announcing they've discovered the world is round. We've known about this for years, what took them so long?

Others fondly recalled the time her show carried a section portraying Jeremy Corbyn as Lord Voldemort:

Remember when Maitlis introduced Corbyn as a CGI'd Voldemort? pic.twitter.com/k3jS85yix3

Meanwhile, someone else remembered the time Corbyn was presented as some sort of Soviet despot:

I'm glad Emily Maitlis has said what she's said about @BBC bias. However, I'd like people to reflect on the fact that many of the people applauding her today, were demonising as 'Corbyn cultists' & 'Hard-Left extremists' anyone making the exact same observations three years ago. pic.twitter.com/dQD4c7vGFm

Somebody else noted a 2017 tweet from Maitlis which seemed to float the idea of a coup by Labour against Corbyn:

Emily Maitlis, a few weeks before Jeremy Corbyn led Labour to its biggest vote increase since 1945.

It was also pointed out that if there was an active Tory agent in the BBC, they may not have been alone:

Elsewhere, her credentials as a whistleblower were being questioned intensely, not least given the years which have elapsed since some of the events she was involved in:

Maitlis's credibility now as 'whistle blower' is more than a bit damaged by this.

It has taken her this long time (and a lucrative new job) to admit what we all knew was indefensible – but she was happy to see defended by the BBC.

It seems that it is going to take a bit more than a pretty selective speech (just as Maitlis starts a whizzy new job at LBC) to make people forget her own behaviour in recent years. Yes, there’s something wrong with the BBC. It’s also perfectly possible to argue that Maitlis embodied this as well as anyone has in recent years.