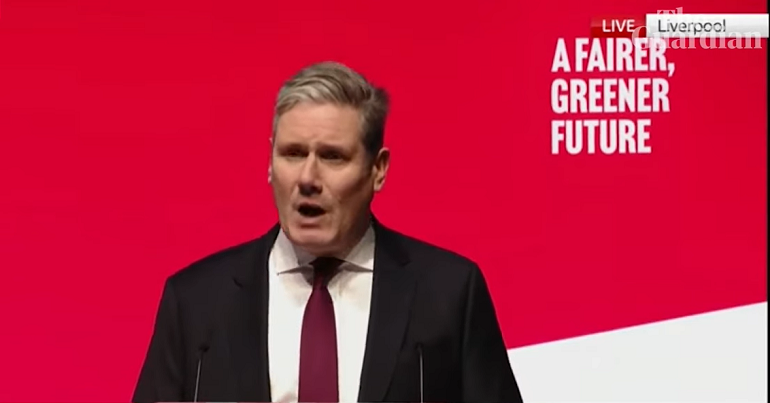 Sun writer and occasional Labour leader Keir Starmer has announced he will bring in a ‘Hillsborough law‘ if he gets into power. His announcement comes ahead of Labour’s annual conference in Liverpool, a city renowned for its love of the Murdoch press. Not.

The Sun‘s reporting of the 1989 Hillsborough football disaster led to the newspaper being despised and boycotted in the city. Following the disaster, in which 96 people died, the Sun made false claims, including that fans pickpocketed the bodies of victims.

Starmer, man of the people that he is, has written for the Sun since becoming Labour leader. This was after making a big deal of his refusal to do so during his leadership campaign:

This city has been wounded by the media… and I certainly will not be giving an interview to The Sun during the course of this campaign.

It would be reasonable to think his new pledge would go down well in the Land of the Scousers. Hillsborough remains a cultural touchstone in the city. The legislation Starmer is proposing would, in theory, help victims get justice in cases where the state is liable.

I know firsthand how vital it is we continue the legal fight for all those affected by the Hillsborough disaster.

That's why one of my first acts as Prime Minister will be to introduce the Hillsborough Law.https://t.co/54MYs50zhk

But it’s not that simple. Certainly, Liverpool votes Labour. But many people in the city quite understandably feel that writing for the paper which disparaged the Hillsborough victims is beyond the pale.

And they aren’t afraid to say so. Some questioned the timing of the announcement, as it comes ahead of the party conference in Liverpool:

The timing of this tweet smacks of an attempt to repair his reputation with people in the city after writing in The S*n ahead of the Labour Party Conference here. https://t.co/hAUxka95fO

Others said Starmer was little better than a Tory himself:

Yet you wrote for the Sun newspaper and invite them to labour conferences, hurry up and resign you Tory https://t.co/dbTxGVLTIx

One person tweeted the infamous Sun front page which still sticks in the minds of many Scousers:

Starmer faced criticism for allowing the Sun to come to the Labour party conference in 2021. Now, days after he tweeted about ‘introducing the Hillsborough Law’, the paper seems to once again have a presence at the conference in Liverpool. A stark change from 2016, when it was banned from the party conference.

Many people in British politics operate according to huge assumptions about Liverpool. For example, it’s enduring socialist mythology. There may be atoms of truth in that view, but it’s a far more complex place than many understand.

One thing is true, though: the Sun, and those who write for it, will be given short thrift by a lot of local people. Their support shouldn’t be taken for granted. And woe betide Labour leaders who think they can flit back and forth between the Murdoch press and the city which detests it most of all.