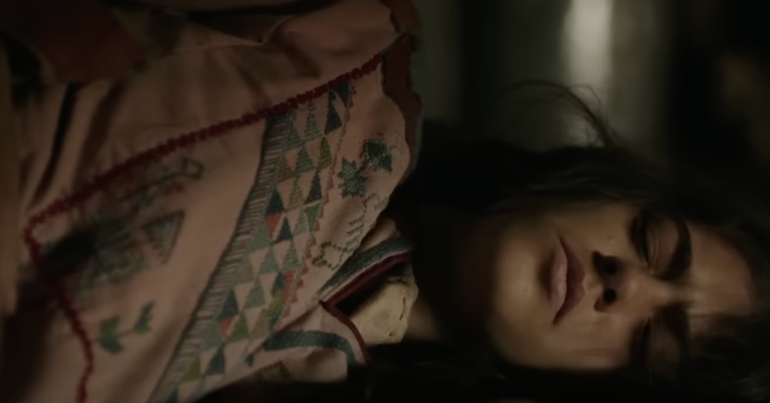 Farha, a film by Jordanian director Darin J Sallam, is facing an attempted boycott by the Israeli state. The film debuted at the Toronto International Film Festival and is now available on Netflix. It follows the story of Farha, a young Palestinian girl whose education is interrupted by the Nakba in 1948.

The Nakba was the ethnic cleansing of Palestine in 1948 when, as Al-Jazeera reported:

Zionist military forces expelled at least 750,000 Palestinians from their homes and lands and captured 78 percent of historic Palestine. The remaining 22 percent was divided into what are now the occupied West Bank and the besieged Gaza Strip.

The backlash against Farha has involved calls for boycotts of both the film and Netflix. Israel’s finance minister accused the film of creating a “false pretence”, while Israel’s culture minister called it “lies and libels”. The fact remains, however, that the film is based on real events. Arab News reported that Sallam directed and wrote the film based on stories told to her:

When the Kuwait-born Jordanian filmmaker Darin Sallam was a child, she was told the story of Radieh, a young Palestinian girl who watched from a locked cellar as catastrophe consumed her village. Hidden by her father, Radieh would bear witness to the violent displacement of her people before making her way to Syria, where she passed on her story to another young girl. That girl would grow up, marry, and share the same story with her own daughter.

When I was a child, I had this fear of closed, dark places and I kept thinking of this girl and what happened to her. So, when I grew up and became a filmmaker, I decided that this would be my debut feature.

Indeed, many social media users have objected to the backlash against the film. Academic Dr Yara Hawari pointed out that the film is hardly the first documented instance of recollections of the Nakba:

3/6 I didn’t need this film to tell me whole families were killed during the Nakba because it happened to my family. The problem for Zionists is not the story of the film, it’s that Palestinians are telling it. Indeed there is a plethora of films that depict Israeli atrocities.

Journalist Robert Carter explained how other films on Netflix have been pro-Israel:

The Israeli outrage over Netflix film Farha, on the Palestinian Nakba is a total joke.

Netflix has platformed a ton of pro-Israel propaganda clap trap over the years.

Along comes ONE Palestinian film and they crumble like snowflakes. How weak.#Farha #Netflix pic.twitter.com/skbkwl6nYR

And, indeed, to be ‘pro-Israel’ often means to deny the experiences, lives, and deaths of Palestinian people. The US-based national working group of Democratic Socialists for Boycott, Divestment and Sanctions (DSA BDS)took the opportunity to explain the horrors of the Nakba:

Horrors of the Nakba cannot be understated. 800,000 Palestinians would be ethnically cleansed from more than 530 villages, with mass atrocities being committed every single step of the way. Estimates indicate upwards of 80% of Palestinians within the “Green Line” were expelled.

It went on to explain that Farha tells the story of many Palestinian families brutally displaced and killed during the Nakba:

That being said, ignore them. It’s the nature of colonizers to try to dictate the history of those they colonize — Zionists are no exception.

Watch the film, see the horrors for yourself, and learn the history, because that history is still happening today.

Journalist Ahmed Eldin made a passionate statement about how Palestinians are not able to process trauma through art and community grieving, as many other groups do:

The attempt to shut down @FarhaFilm reflects an unfair denial of yet another basic human right to Palestinians: the ability to process trauma thru art. Rather than attack Israelis, the director of “Farha” said this impulse was at core of why it was made. https://t.co/9Er9qYlLrI

The director of advocacy and campaigns at Medical Aid for Palestinians summed up the attempted boycott neatly:

There's hyperbole, and then there's claiming a film aims to destroy an entire country https://t.co/gHnjRxrFWk

If Zionists are so threatened by a film like Farha, it’s yet another sign that the film needs our support.

Director Sallam and producers Deema Azar and Ayeh Jadaneh released a collective statement in response to the attempted boycott:

Our film has been aggressively attacked by Israeli government officials, Israeli media as well as by Israeli individuals on social media and other platforms.

We, the film’s team, condemn all the accusations to discredit Farha… [w]e also condemn the onslaught of hateful messages, harassment, accusations and bullying by Israelis that are targeting the film’s director on social media and on other outlets. We will not condone any harmful threats to any member of Farha’s team.

These attempts to silence our voices as Semite/Arabs and as women filmmakers to dehumanize us and prevent us from telling our stories, our narrative and our truth are against any freedom of speech.

We are overwhelmed by the amount of support the film is receiving globally and are grateful to everyone who is doing their part to stand up against this attack and ensure the film is spoken about and seen.

As the film’s creators identify, this is an issue of freedom of speech. Calls to boycott the film are rooted in anti-Palestinian rhetoric that seeks to hide the traumas of the Nakba. This is all the more horrifying given the ongoing ethnic cleansing that Palestinian people face. Just hours before the publication of this article, the Palestinian foreign ministry condemned the death of 23-year-old Ammar Mufleh as tantamount to execution. As Abier Khatib argued, the deaths of Palestinians routinely go unnoticed and unreported in mainstream media:

Never ceases to amaze me how unnoticed the killing of Palestinians by #Israel is… 10 Palestinians killed in 72 hours. 10…. made zero headlines in mainstream media.

It’s all the more important, then, that films like Farha are not only supported, but also defended and championed. The erasure of Palestinians manifests in killings from Israeli forces and also in attempts to erase representations of Palestinian culture.