A shop's Christmas window display takes aim at the Tories 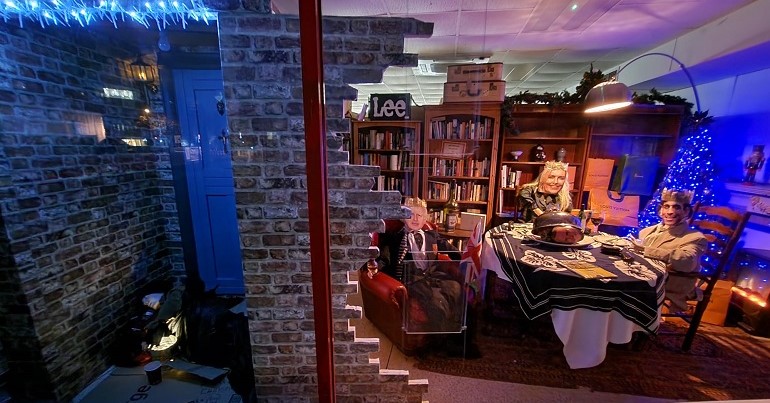 A shop in West Sussex has used its Christmas window display to take aim at the Tory government over the ongoing cost of living crisis.

Lee Barnett owns Eco2Home, a shop in Burgess Hill, West Sussex. The outlet describes itself as a ‘circular economy’ shop. This means it sells items usually destined for landfill. As the website Circular wrote:

The circular economy is based on a fundamentally different concept to the linear model of economic activity with which we are all familiar.

The circular economy is, essentially, a production and consumption system that relies on recycling, reuse, repair, remanufacturing and sharing of products – so, by definition, it demands a change in consumption patterns, new business models, and circular systems of production and resource allocation.

As a result, our usual ways of judging national economic performance in a linear system – with indicators such as gross domestic product, productivity and inflation rates – are not sufficient or adequate for measuring circular activity.

At the moment, estimates suggest that only 8.6 per cent of the world’s economy is circular.

Open two days a week, the shop has several values, and states that it will:

plant 45 trees for every 1 ton of waste we are unable to recycle or reuse.

Eco2Home won Burgess Hill’s best Christmas window competition in 2020 for a genuinely festive display. However, this year Barnett has chosen to make a political point – and it’s a massive departure from what Eco2Home usually does.

Taking aim at the Tories

Barnett used his shop window frontage to create ‘The reality of Christmas in 2022’. One window features Rishi Sunak, Boris Johnson and Mims Davies (MP for Mid Sussex) in a decadent living room setting: 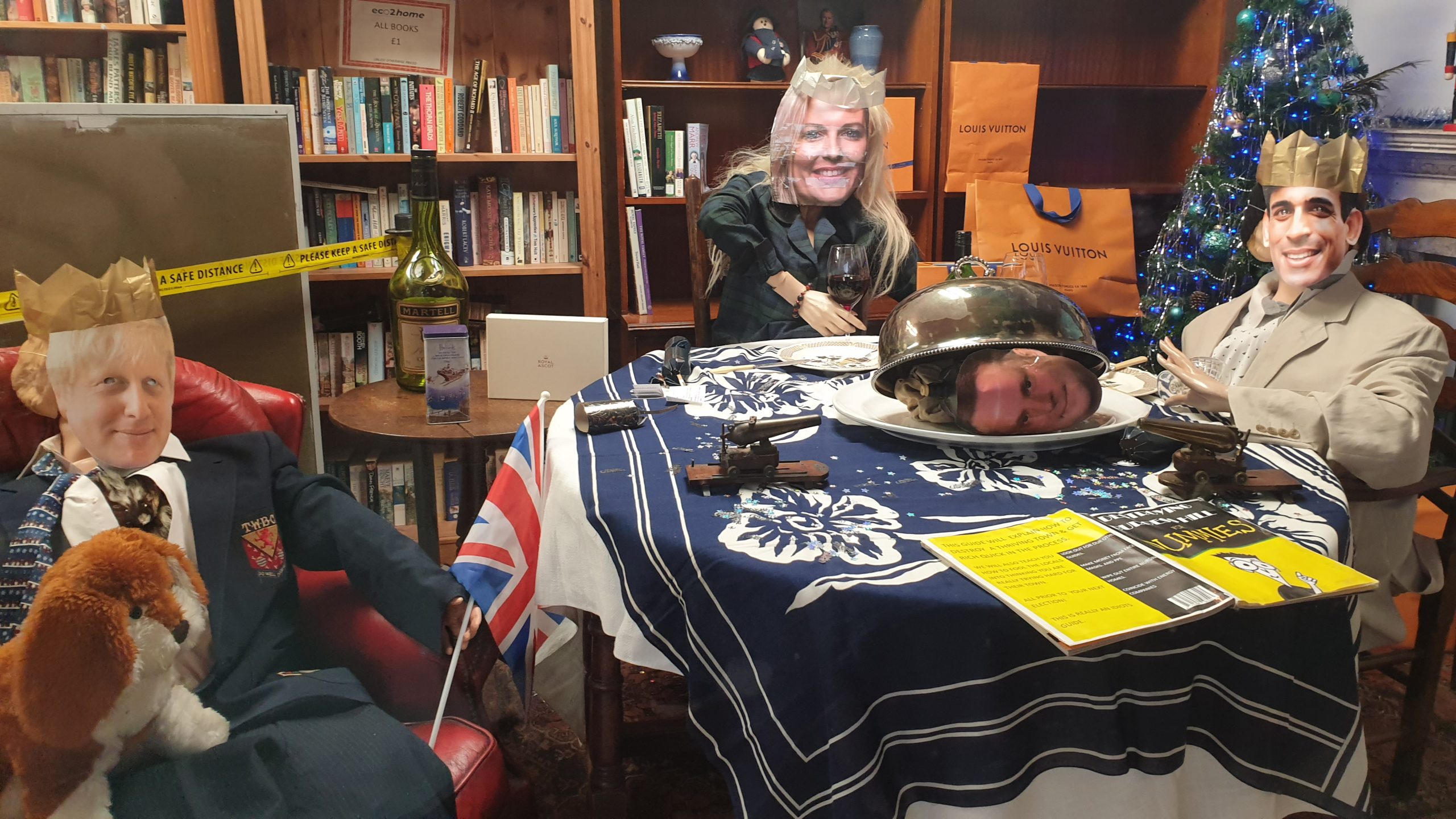 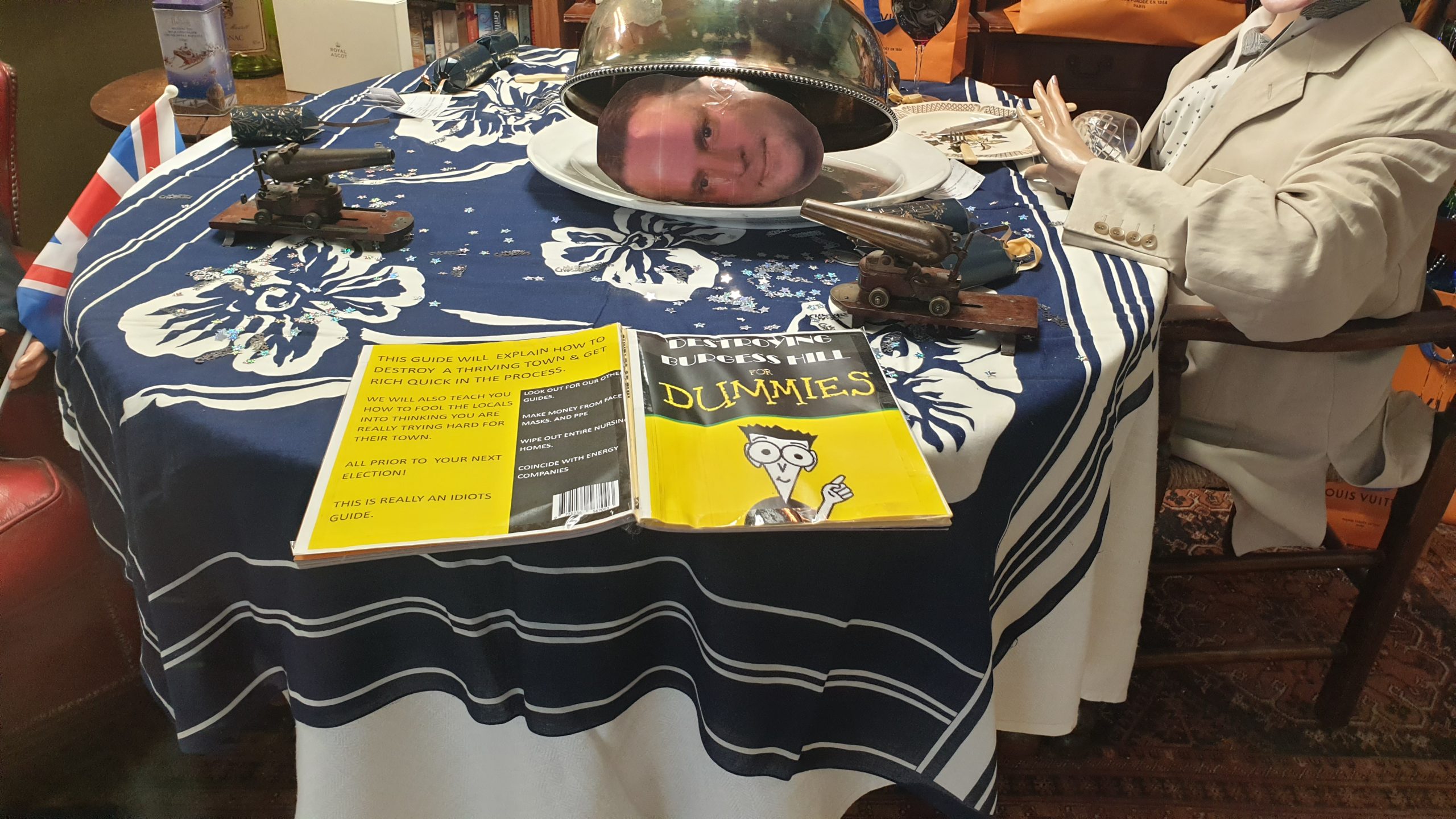 A second window has a child wrapped in blankets, sitting at a table with a pot noodle and a letter to Santa describing the bleak reality of the cost of living crisis. An electric fire has a ‘do not turn on’ note on it: 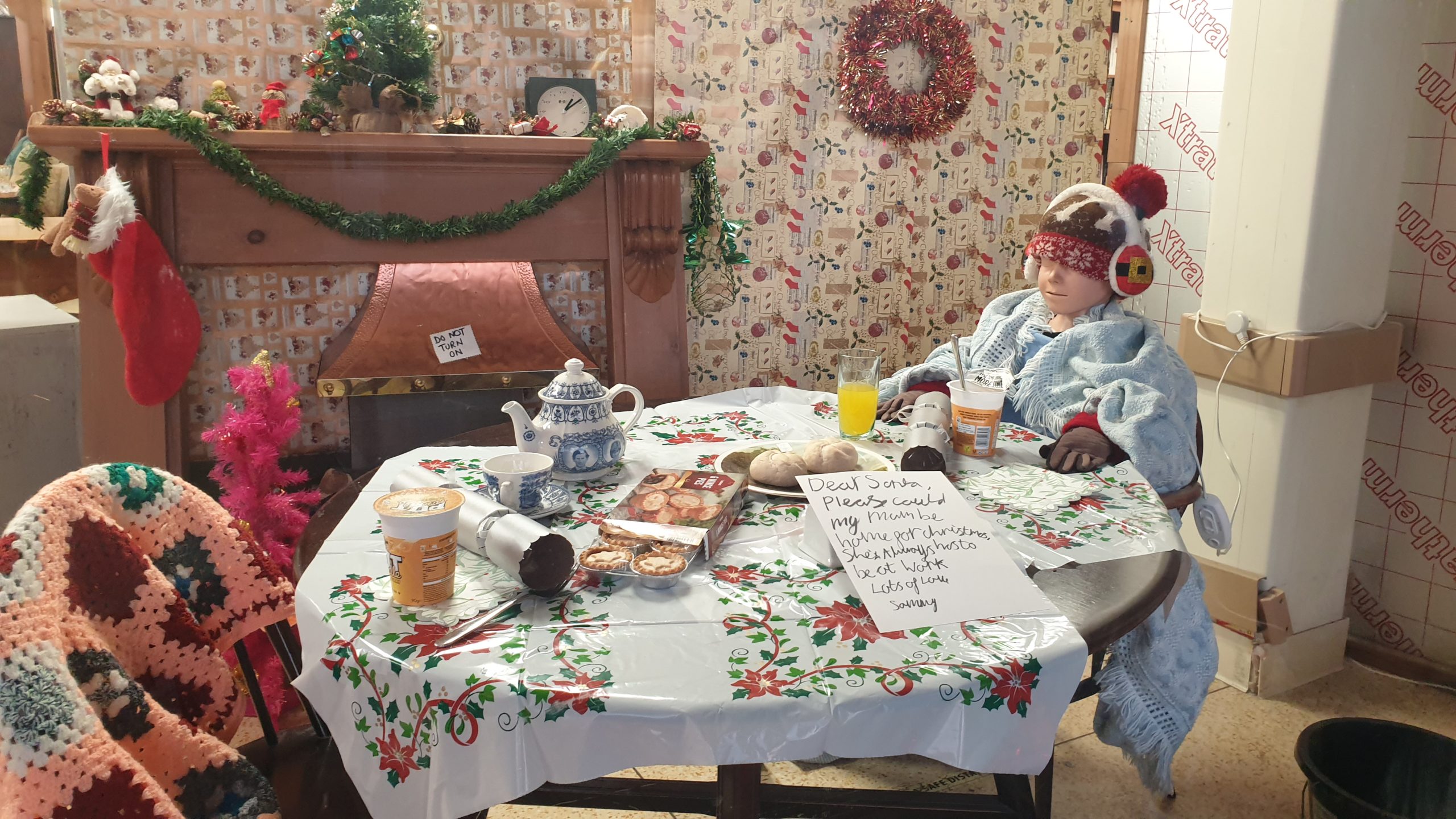 There’s a note from a child asking Santa:

could my mum be home for Christmas, she always has to be at work. 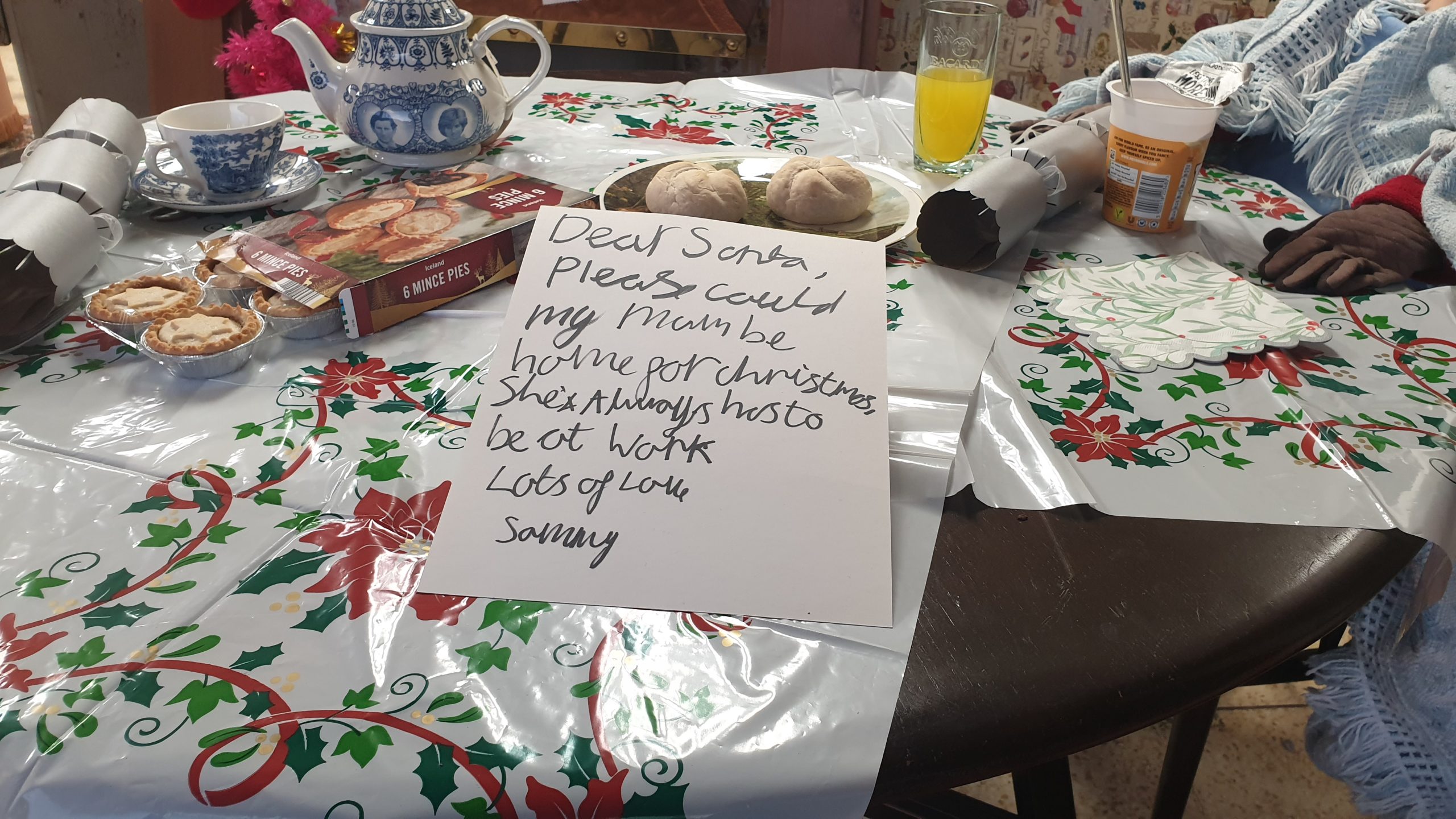 Eco2Home has made pertinent points about the current cost of living crisis: how the Tories are sitting pretty, while the rest of us suffer to varying degrees. Barnett should be applauded for this, and in a just world would win the best shop window display again – though perhaps for different reasons this year.