Will Labour prosper in 2016? The path they choose will decide that. - Canary 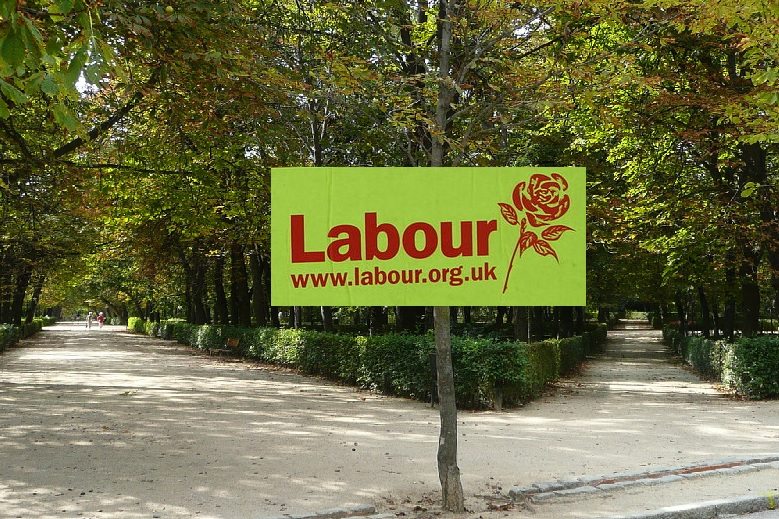 It has been an interesting year in British politics. The Conservatives squeezed to victory in the general election, with less than a third of support from citizens. The Scottish National Party won an extraordinary 56 Westminster seats in the same vote. In the party leadership election that followed, Jeremy Corbyn, who started his campaign on odds of 200-1 at the bookmakers, was crowned the new leader of Labour with a whopping 59.5% of the party voting him in. So, who thanked their lucky crackers this Christmas? And what will Labour’s resolutions be for the new year?

If we base success on party membership figures, there is one clear winner. According to relatively recent figures, the SNP have around 110,000 members, and the Conservatives have about 149,800 members. Both are trailing massively behind the Labour party, which, with approximately 380,000 members, has over 100,000 more than the two aforementioned parties combined. Labour party membership has encountered a particularly dramatic surge since August, with around 110,000 people joining from that month onwards.

This was, of course, largely due to the coming of JC (not the one who just celebrated his birthday), and the enthusiasm he has managed to generate for politics in the public arena. This popularity is based on numerous qualities Corbyn exhibits, with one of particular importance in relation to membership:

This is a fundamental issue. Corbyn believes that politicians should reflect the concerns and views of their citizens, and he is not alone in this. As the late Labour MP Tony Benn explained, when asked about his relation to the public,

I mean I’m elected … I work for them … If I get to the House of Commons, then I will try and speak for them.

However, this view is not shared by everyone in politics, or even in the Labour party. Benn’s own son, for example – Labour MP Hilary Benn – voted against the wishes of many constituents in his approval of airstrikes in Syria. Consequently, a protest was mounted outside his office, and one participant airing his disagreement with Benn’s decision concluded:

I think if Hilary Benn is not willing to listen to his constituents then we should move towards deselection and put pressure on the Labour Party and go about it that way.

Labour MP Stella Creasy faced similar criticisms for her decision to vote in favour of airstrikes, despite a lack of support from many of her constituents. She called a public meeting to quell the local anger and, according to an article in the International Business Times, explained her reasoning thus:

I am not a delegate, I am a representative. You asked for me to go into Parliament to listen to those debates and to make a decision and to be held accountable and that is what I am doing.

This disconnect between what some voters believe is the duty of an MP, and what MP’s themselves believe in growing numbers, has led to something of a reckoning within the Labour ranks. At a recent meeting in the House of Lords, Peter Mandelson, a Labour life peer, raised concerns about the current direction of the party. According to an article in The Huffington Post, at the meeting, he asked Corbyn:

These ‘two parties’, in Mandelson’s mind, are the longstanding ‘moderate’ members and the newer ‘activist’ influx. Corbyn allegedly responded by welcoming the “open debate” created by the newer members and acknowledged the vibrancy they have added.

That vibrancy, however, is seemingly scaring some MPs witless. And the reason it is so fearsome is because it is active. It is actively challenging MP’s on their views. It is energetically attending MPs’ surgeries, writing e-mails and staging public protests. And it is, heaven forbid, actively suggesting MP’s be deselected – a legitimate process in the parliamentary party system – if they do not reflect the views of their citizens.

This increase in public vocality on Labour’s political affairs may be indicative of a wider shift in society. Perhaps we are moving away from the ideals Conservative MP Simon Hoare espoused in parliament during the Syrian airstrikes debate. Quoting 18th Century MP Edmund Burke, Hoare declared:

Your representative owes you, not his industry only, but his judgement; and he betrays, instead of serving, you if he sacrifices it to your opinion.

In reality, of course, the Conservatives are more than willing to sacrifice to opinions, just not those of their dwindling party membership or of the wider public. Only 2% of Tory income is now derived from party members, the rest is largely raised through wealthy donors. Although the party are generally quite cagey about these donors’ identities, we do know around 50% are hedge fund managers. We can be relatively confident that when they express an opinion, the party listens.

But Hoare is clear about what he thinks of public opinion. So too, are Creasy and Benn on the opinions of their constituents. By contrast, Corbyn – and certain MP’s from other parties, such as the Greens and SNP – are largely basing their parliamentary actions on the opinions, and needs, of the public. And it seems people want that too, as the ongoing Labour membership increase should attest.

So, perhaps Mandelson should be asking himself his own question. A large proportion of UK citizens seemingly want MPs to more accurately act in their interests and according to their views. What is Mandelson going to do about that? How is he going to reach out to those voters?

He would perhaps do well to follow the democratic example set by Corbyn and others. It has reaped dividends in party membership numbers so far, and could continue to grow in 2016. If Labour chooses not to heed this success, and instead follow the Tories down their 18th Century ‘MPs know best’ path, they are walking towards oblivion.

Voters now have access to huge swathes of information in this internet age. We do not need politicians to dictate our understanding, we need them to amplify it in the corridors of power.

And if they do not? We are the public. Expect us.