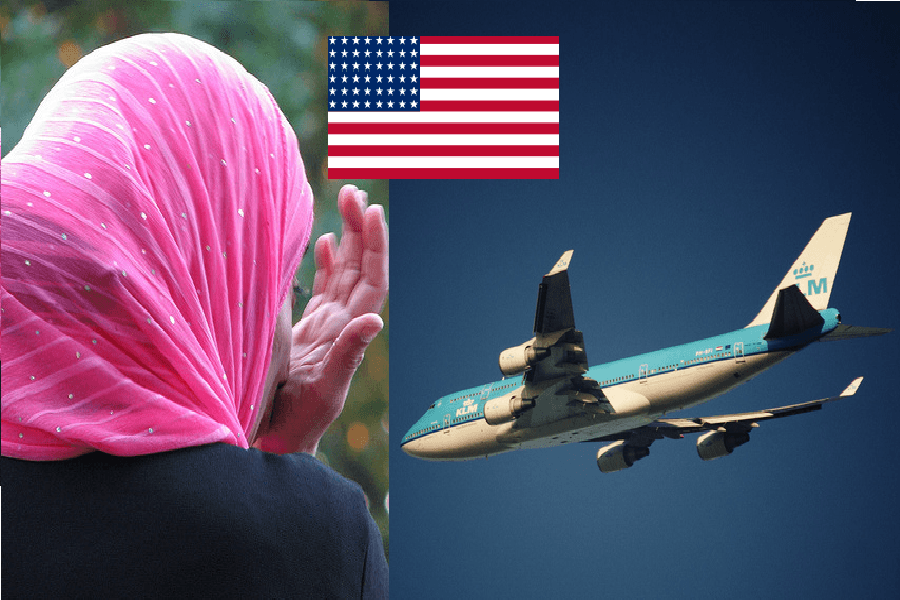 A British Muslim family saved up for the trip of a lifetime to Disneyland, but US authorities had other ideas – blocking them from even boarding the flight from Gatwick to Los Angeles. The authorities did not give any reasons for restricting the family of 11 from visiting their cousins and the theme-park.

In a similar incident just last week, a British Muslim lecturer had his travel authorisation for a flight to New York revoked, again for no reason. He said

USA has the right to issue and revoke visa – I fully understand that. However not forwarding any reasons infuriates ordinary people.

Barring Muslims from entering the US was suggested by a raving bigot (who is also running for president) earlier this month. Donald Trump’s proposed policy is meant to prevent ISIS (Daesh) ‘infiltrators’ entering the country, but is obviously flawed because they could just pretend to be Christian. Syria was 10% Christian before war displacement. Yet, the policy is supposed to make the American population safer.

However, the only people it might make safer are the Muslims being barred. The Council on American-Islamic Relations (CAIR) reports an “unprecedented backlash” in Islamophobic incidents since the Paris attacks, including shootings, harassment, personal assaults and protest.

Case in point: The only time a story including the words ‘bombs’ and ‘Muslims’ is not global breaking news, is when it is a white man planning to bomb Muslims. After a tip off on 17 December, police foiled a plot to bomb the Muslim community.

These kinds of incidents are fueled by the mainstream media narrative. This week, American news channel CBS edited an interview with a group of American Muslims to favour US policy, and shift the blame towards Islam. Their supposed relationship to terrorism was highlighted, while their criticisms of US foreign policy, entrapment and surveillance were cut out. This epitomises the institutional scapegoating of Muslims.

Meanwhile, a group of Muslims bravely saved the lives of Christians during a terror attack on a bus in Kenya on Monday. Over 10 Somali militants stormed a bus and attempted to segregate the passengers into Muslims and Christians. Christians to be killed, Muslims to be spared. However, the Muslims refused, protecting the Christians from harm. Offering the Christians up to the slaughter would have been terrible, but their solidarity still shows extreme bravery in a horrifying situation.

This act of courage is offered simply as a piece of inspiring news, Muslims do not need to prove themselves. Nor do they need to apologise for atrocities they had nothing to do with. And they should evidently be free to travel where they like, as should we all.

Barring Muslims is an ill-thought out plan to bolster US national security. However, with the current Islamophobic climate in America, the only people it might protect are Muslims themselves.