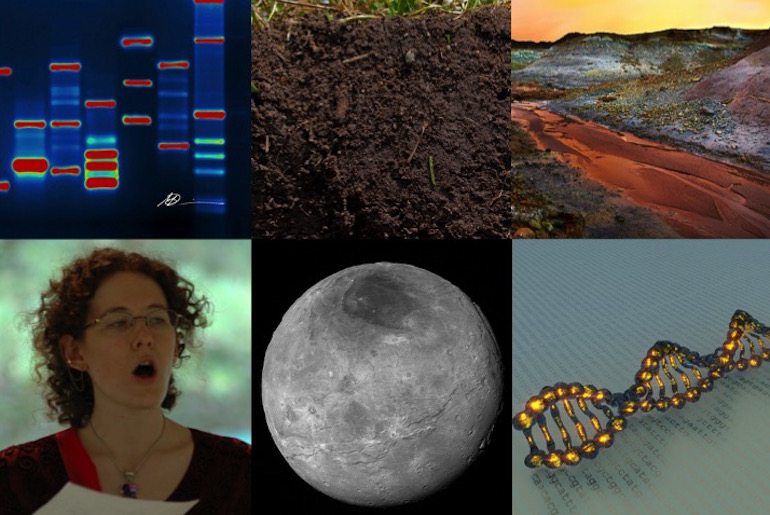 In 2015 we read about exploring the solar system, visiting comets and discovering sub-atomic particles. How scientists edited genomes, discovered a new human ancestor and figured out how to grow vocal cords from scratch. And we watched as world leaders tried to come to an agreement on how to halt climate change.

Some of the year’s biggest Google searches were science-related, with more than 10 million searches for water on Mars in October and 13 million for COP21 in November. And Google’s most searched “who is” this year was “who is Lucy the Australopithecus?”

Thousands of science stories have caught our attention this year, not all of them as groundbreaking (or credible) as these. So here at The Canary we’ve put together our pick of ten of the year’s top science stories for you to look back at.

Science Magazine’s Breakthrough of the Year 2015 was CRISPR – a gene editing technique that was used to alter human embryos. CRISPR hit the headlines in a big way, and grabbed the attention of world-leading geneticists and bioethicists because of the potential for its use in creating “designer babies”. Experts convened an International Summit on Gene Editing and the report put forward guidelines that enable scientists to gene edit embryos, provided they don’t result in pregnancy.

Possibly this year’s most talked about science story was the discovery of the first new antibiotic in 30 years. We’ve been facing increasing threats from antibiotic-resistant bacteria like MRSA and the pressure is on scientists to come up with new treatments. US researchers looked to the soil – the source of most antibiotic-producing bugs – to find an answer. The result was teixobactin, which, according to the BBC, could “clear a deadly dose of MRSA in tests on mice.”

2015 saw the tail end of the biggest ever Ebola epidemic, which claimed more than 11,000 lives in West Africa. Scientists accelerated their research to halt the spread of disease, resulting in a vaccine that was 100% effective in preliminary trials. Created and developed by the Public Health Agency of Canada and pharma company Merck, the vaccine is called VSV-EBOV. It contains a fragment of the Ebola virus, combined with another virus, helping the immune system recognise it. More than 2,000 people were vaccinated in the trial in Guinea, and none of them contracted the virus.

CRISPR may have been Science Magazine’s pick, but the readers plumped for Pluto. In July 2015 we were amazed by the first ever close-up pictures of Pluto’s surface, which revealed mountains of ice. NASA’s New Horizons mission flew past Pluto, sending brand new information back to earth about its structure and make-up for the first time.

In 2003 scientists mapped the human genome for the first time. Since then we’ve learnt a huge amount about how our genes influence our lives, and the epigenome has come to the fore. The epigenome gives our bodies instructions about how to read the genome. As Discover magazine explains:

If the human genome is the book of life, the epigenome is the collection of bookmarks and highlighting that tells the cell what passages of the book to read.

2015 saw the first map of the human epigenome, which opens the door to new approaches to treating genetic disorders and diseases.

A study of more than 95,000 children concluded that there is no link between MMR and autism. Despite mounting evidence to the contrary, Andrew Wakefield’s false claims that MMR causes autism has led to thousands of avoidable cases of measles, and an increase in outbreaks around the world. This new research debunks his retracted study once and for all. However, the challenge remains to undo the harm caused by media coverage of Wakefield’s false claims and increase parents’ confidence in the vaccine.

Is there life on Mars? It’s a question that’s intrigued us for centuries. One step towards answering it is finding out whether the foundations for life are there – including water. In April, NASA’s Curiosity rover sent evidence back to earth that there’s liquid salt water under the planet’s surface. And a few months later, it was reporting “summery watery flows” on Mars. No Martians though… yet.

The earth has seen five mass-extinction events; thanks to us, a sixth might be around the corner. Scientists from Mexico and the US assessed evidence that humans are causing a sixth mass extinction event. They used “extremely conservative assumptions” to work out if this is actually the case. Unfortunately, it’s worse than we thought; they explain in Science Advances that the number of species that have gone extinct in the last 100 years would have taken 800-10,000 years without our help. This, they say, indicates “that a sixth mass extinction is already under way.”

Scientists discovered a new species related to humans in a burial chamber deep in a system of caves in South Africa. The researchers say the discovery – the largest of its kind in Africa – could change the way we think about human evolution. Prof. Lee Berger was amazed by his team’s discovery of Homo naledi. He told the BBC:

And so by the end of that remarkable 21-day experience, we had discovered the largest assemblage of fossil human relatives ever discovered in the history of the continent of Africa. That was an extraordinary experience.

Scientists worked out how to give people back their voice after surgery, by growing vocal cords for the first time. Using cells from human donors, doctors grew the millimetre-thick cords in two weeks. They started with a scaffold made of collagen to create the folded structure that helps us make sound. Doctors hope this development will help people who have lost their voices due to surgery and illness.