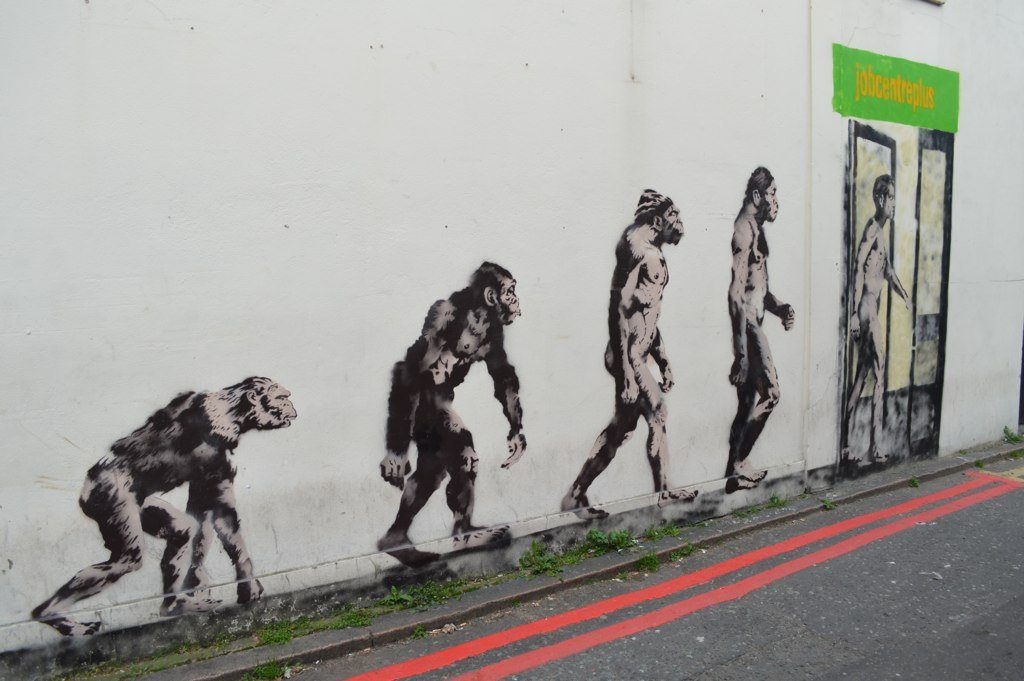 Pranksters left bosses at the Department for Work and Pensions red-faced after plastering the windows of a Welsh Jobcentre in satirical posters.

The spoof posters advertised low-paid jobs, zero-hour contracts, £12 billion of welfare cuts and offered to show job seekers ‘where the food banks are if you’re starving’.

They also described the Jobcentre in Rhyl, Wales, as ‘the Sanction Centre’ and told job seekers to ‘just piss off to the library to use the internet’ instead of asking for advice.

Amy Louise Drury, a sales assistant from Rhyl, took pictures of the ironic posters and uploaded them to Facebook last month after spotting them on the way to work.

Her post has more than 1,400 shares on social media.

Amy wrote on Facebook: “… just want to clarify that I didn’t write this. I just saw it on the way to work”

About time people stood up to what’s happening around! It’s not about people not wanting to work, so many people with disabilities are having their money cut. Poverty in this country is disgusting!! If we all stood together we would have a chance to fight austerity.

The bitter truth in satire

These posters come after another punishing five-year raid on the welfare budget by Chancellor, George Osborne. Whilst the intention is to spoof, just how accurate are they at portraying the truth behind the satire?

Welcome to the Sanction Centre

Having already slashed the welfare budget by an estimated £17 billion in the last parliament, the government is expected to make a further £12 billion of cuts before 2020. Jobseekers’ Allowance (JSA) is estimated to cost £3.4bn this financial year – just 2% of the total benefits spend – plummeting by £1.1 billion annually since the start of the last parliament.

For those on job seeks allowance, this has meant subjection to punitive benefits sanctions often for the most spurious and arbitrary reasons. As a means for reducing the deficit (the difference between government borrowing and GDP), benefit sanctions have been the linchpin of the government’s austerity programme.

According to research from the Guardian, one in six of all job seekers had their benefits stopped each year during the last parliament. Compare this to the lax conditions attached to the £1 trillion bailout of Britain’s banks following the 2008 financial crisis, it’s clear to see this tough stance on benefits claimants is overtly ideological.

According to figures from the Office for National Statistics, UK unemployment fell to a seven-year low of 5.4% in the three months to August in 2014. Between June and August, 1.77 million people were out of work, 79,000 down from the previous quarter, the figures show.

Taken in isolation, these figures are a vindication of George Osborne’s long-term economic plan. The problem is, the rate of unemployment doesn’t tell the whole story. Not by a long shot.

For the Tory government, there’s an inconvenient truth at the heart of this surge in employment. Since 2010, 40% of the rise in jobs is due to self-employment. Although research on their earnings is scant, the Resolution Foundation suggests that during the past decade, their earnings have dipped as much as 20%. That’s not to mention the exponential rise of zero-hour contracts, which were up by 19% from 624,000 to 744,000 in 2014, and anemic wage growth, down from 3% between July and September last year.

In failing to help create enough stable full-time jobs that pay a real living wage, George Osborne’s job boom is more of a race to the bottom than an economic triumph.

In 2014, ideological measures to reduce the deficit and slash public spending led more than a million people to ask for help from food banks. According to the Trussell Trust, the biggest single provider of food banks, more than half of recipients of JSA were dependent on handouts owing to cuts or sanctions to their benefits. Furthermore, they found 44% of all referrals to Trussell Trust food banks were subject to benefit delays or changes.

In response to these findings, Ian Duncan Smith proposed to place Jobcentre advisors at Trussell Trust food banks in a move regarded as a tacit admission of the link between welfare policy and food poverty.

As one of the richest countries in the world, accepting food banks as an integral – and seemingly permanent – part of the welfare state, underlines the inefficiencies of the DWP’s cumbersome and overly bureaucratic benefit system. The government should be looking to phase out food banks, not institutionalise reliance on them.

As Chancellor George Osborne outlined in his summer statement, his toughest plan to cut the welfare budget yet, he stated:

…to live within our means as a country and better protect spending on public services, we need to find at least a further £12 billion of welfare savings

This time, Osborne’s axe fell on the young and vulnerable. For those aged 18-21, automatic entitlement to housing benefit has been scrapped. For the disabled, Employment and Support Allowance has been slashed by 30%.

Luckily for the working poor, tax credit cuts were voted down in the House of Lords and subsequently abandoned by George Osborne in his Autumn Statement. But even taking into this U-turn and higher wages into account, 13 million families are still set to be £260 worse off on average a year because of benefits changes following the roll out of Universal Credit. With living costs spiraling out of control, £260 a year is not to be scoffed at and could see many resorting to lenders to fill the void.

Don’t ask us for any advice, just piss off to the library and use the internet

In the world according to David Cameron and his ministers, claiming benefits is a lifestyle choice and The Labour Party’s frivolous public spending was the sole cause the global financial crisis. This version of events has resonated with the electorate and earned the Tories two consecutive terms in office. The trouble is, it’s based on a complete fallacy. And thanks to the neo-liberal media, this narrative – along with the casual use of crass terms such as skiver and scrounger – have now been normalized by wider-society.

For those in receipt of benefits, the perpetuation of this narrative has had very real consequences. Angela Neville, a former special advisor in a Jobcentre, told the Guardian:

Initially I felt that I had the resources to genuinely support customers.

Sadly, this changed once the coalition came in – to the extent that the work almost became the persecution of some of the most vulnerable people in society.

Angela, 48, wrote a play about the “everyday absurdity” of her experiences while working at the Jobcentre – experiences she argues are commonplace based on the accounts of other frontline workers.

You’ve got to be in it to Dar-win it

As all good satire should, the spoof posters held up a mirror to the world with a view to ridiculing the government into improvement. We live in a country whose rulers pour billions into private enterprises that pay little or no tax. Whilst they slander benefits claimants as freeloaders, their Darwinian belief that the strong will prevail over the weak smacks of double standards.

Claiming benefits to seek better employment should not mean derision, insecurity and financial hardship. When the only route to improving your life chances is undertaking what David Graeber calls ‘bullshit jobs’ on low pay, perhaps finding some semblance of humor in all this misery is one of the few solaces the jobless have left.