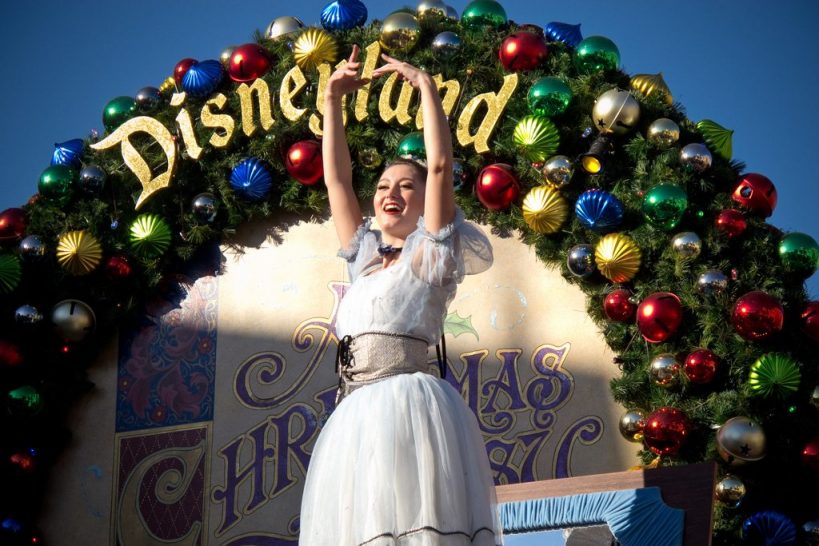 A British Muslim family have been barred from entering the US, where they had booked a trip to Disneyland. UK government officials have expressed surprise at the move, but a bill recently approved by US Congress may be behind the contentious manoeuvre.

The family of 11, from Walthamstow, were on their way to Disneyland in California. In accordance with current protocol, under the Visa Waiver Program (VWP), the family had obtained approval for travel through the Electronic System for Travel Authorisation (ESTA). However, they were refused entry to the flight at the airport by US Department of Homeland Security (DHS) officials.

Mohammad Tariq Mahmood, one of the family members, told The Guardian that no explanation was given for the refusal, but he believes:

It’s because of the attacks on America – they think every Muslim poses a threat.

It may also be because US Congress recently approved a law changing the VWP deal which, as Mohammad suspects, explicitly targets Muslims.

Until recently, the VWP – in which the UK is a designated country – has allowed citizens to travel to the US visa free for up to 90 days, providing they have obtained ESTA travel authorisation. However, a bill, H.R. 158, was introduced to US Congress at the beginning of 2015, seeking to include the risk of terrorism in VWP authorisations.

This legislation, as an article in The Intercept notes:

was initially written for the narrow and reasonable purpose of blocking or restricting from US entry individuals who traveled to Islamic State-controlled territory in Syria or Iraq. But provisions later added by Republican lawmakers made the legislation more draconian.

These added drastic provisions mean that, in order to travel to the US, citizens of VWP countries:

will now need to get a visa if they are determined to be nationals of Iran, Iraq, Sudan, and Syria, or if they have visited those countries since 2011.

As The Intercept piece details, some of these countries “deem people to be nationals, regardless of where they were born or live, if their fathers are citizens.” This means many people, who may not have any personal experience of these countries, could be denied entry to the US based on their familial background. The stipulation that visitors to these countries be restricted, could also ensnare aid workers, journalists and businesspeople.

Due to the sweeping nature of the revised bill, it has drawn immense opposition. The ACLU has condemned it, and the 28 EU member states’ ambassadors to the US – plus David O’Sullivan, the European Union’s Ambassador to the United States – have expressed their disapproval. In an open letter to Congress, the EU’s ambassadors warned:

such indiscriminate action against the more than 13 million European citizens who travel to the U.S. each year would be counterproductive, could trigger legally-mandated reciprocal measures, and would do nothing to increase security while instead hurting economies on both sides of the Atlantic.

Sir Peter Westmacott, the United Kingdom’s Ambassador to the United States, is a signatory to this letter. His concerns, however, do not seem to have reached Westminster. Stella Creasy, MP for the constituency where the prohibited family live, seems baffled, and has been investigating the event. She notes:

But, surely, the reason is obvious. This legislation has now passed in the US, in both the House of Representatives and the Senate. The only way it could be repealed is if the President himself strikes it down. Whether this could happen in the current US climate is doubtful. As Jamal Abdi, the spokesperson for the National Iranian American Council, told The Intercept:

This bill is a direct response to the rhetoric of GOP leaders like Donald Trump and others… as a consequence of the environment he’s helped create, we’re actually seeing Congress take steps to turn such xenophobic ideas into law.

These xenophobic rulings may have reached UK shores already, leading to this family being denied their long awaited trip to Disneyland – which, outrageously, they will not be refunded for. Theirs is not the only case of denied entry to the US in the last few weeks, and it is likely to get worse from here. We are seeing our fear-driven, terrorism-obsessed, and hate-filled turkeys come home to roost – just in time for Christmas.