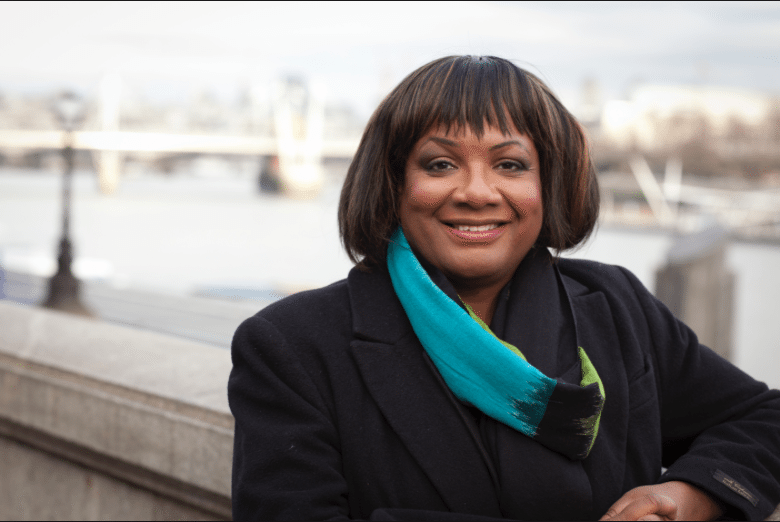 A prominent UKIP supporters page has posted an image of Labour MP Diane Abbott during her recent visit to support refugees in Calais. The image is entitled: “please r*pe me first.” 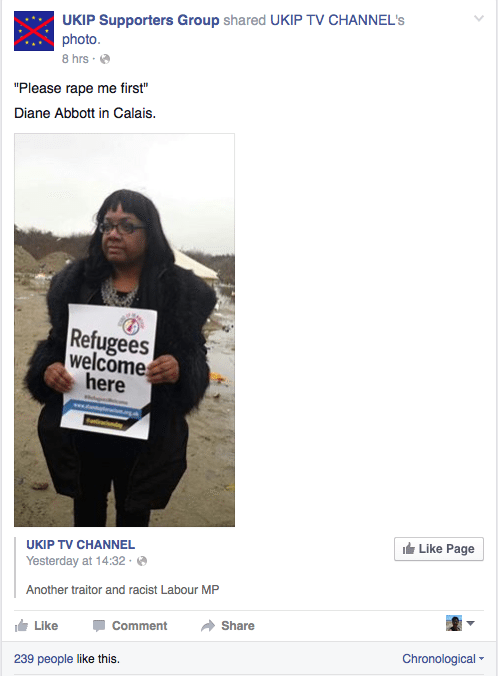 The post attracted hundreds of likes, and has been shared widely across social media. But it was the comments section that revealed anew the depth of race, and gender, hatred popular among supporters of UKIP.

The hatred didn’t seem to diminish the Labour MP and Shadow Secretary for International Development, who continued her visit and continues to support the rights of refugees.

It is a sad indictment of the UKIP following, of which we must state this is merely a sample, that none came forward to challenge this attack on Diane Abbott.

The team at anti-fascist Twitter account SLAT UKIP called out for UKIP supporters who would speak against the threat. 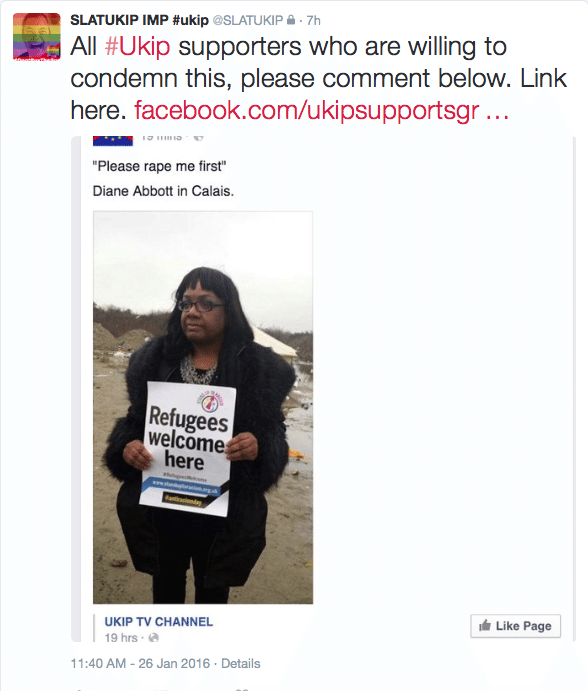 Just one supporter was willing to make any negative comment upon the threats.

When Diane Abbott was first elected as the MP for Hackney North and Stoke Newington in 1987, she became the black woman MP in the House of Commons. Since that time she has courted fame and controversy in roughly the right measure, not always right, but never dull.

What can be said of Ms. Abbott, is her constituents have continued to re-elect her across four decades, meaning  to the people who count, she is doing the job they put her in place to do.

Throughout her career she has campaigned and voted for civil rights, labour laws to protect working people, the reproductive rights of women, and for LGBT rights, including the removal of Section 28 and the creation of Equal Marriage. She voted against the Iraq war, and against the anti-terror legislation that stripped away many of the civil rights and liberties of British people.

She has been prone to the odd gaffe, and her choice to send her children to private school still rankles. But in examining the record of Diane Abbott as a whole, one has to come to the conclusion that the House of Commons is a better place for her having been there.

What is certain, is that she does not deserve to be the object of racially and sexually violent threats. Least of all by the collective of people with no vision, and no plan for the future.