Police chief weasels out of spying charges, no justice for Lawrence family - The Canary 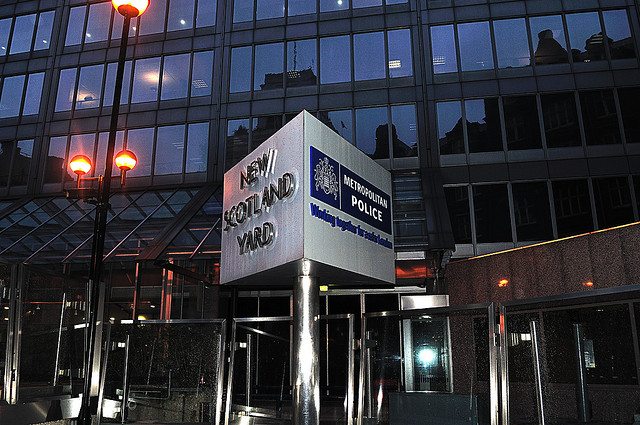 A senior police officer who would likely have faced misconduct proceedings for his role in spying on the grieving family and friends of murdered teenager Stephen Lawrence, will not face any disciplinary action due to retiring on 20 January.

Despite the Independent Police Complaints Commission (IPCC) having finished their investigation, with the report due to be published in a matter of weeks, Commander Richard Walton will not be held accountable for his role – officers who resign or retire cannot be disciplined.

Until he retired, Walton was the head of counter-terrorism at Scotland Yard. However, at the time of Stephen Lawrence’s murder, he was an acting detective inspector, working to defend the force against allegations that they hadn’t investigated his murder properly. During this time, he met with, and was briefed by, officers working undercover who spied on the family.

These claims were investigated by the Stephen Lawrence Independent Review, carried out by Mark Ellison in 2014. Ellison’s review found the information given to Walton gave the police a “secret advantage” over the family. Police whistleblower, Peter Francis, claimed he was told to “find dirt” to discredit the Lawrence family campaign.

On the back of the Ellison review, which even the Home Secretary, Theresa May, described as “deeply troubling”, the Undercover Policing Inquiry was launched. The IPCC also announced its own investigation into the actions of several officers, including Walton. Walton is accused of “discreditable conduct” after having given “inconsistent accounts” to the Ellison review.

Retiring or resigning has long been the police tactic of choice to avoid disciplinary action. In 2011, it was reported that 500 officers who were facing investigations had resigned over a two-year period – keeping both a clean record and their pensions. Speaking about a case in Manchester in 2014 where a senior officer retired, IPCC Commissioner, Jan Williams said:

Lawyers for the Lawrence family had written to Met Commissioner, Bernard Hogan-Howe, asking for Walton to be suspended to prevent his retirement, and to ensure he faced the allegations against him:

Without any suspension there is a real risk that Commander Walton will avoid sanctions as a result. We consider that the IPCC conclusions provide enough justification that it is in the public interest to suspend Commander Walton immediately in order to allow him to face disciplinary proceedings.

Neville Lawrence, Stephen’s father, said he was “very disappointed” and “heartbroken” about the decision to let Walton retire. He further stated:

I am really disappointed. After 20 years of fighting for justice we have been knocked back again.

However, the decision to allow Walton to retire must be questioned. Since the above-highlighted cases, the law on officers being allowed to retire or resign whilst under investigation has changed. An amendment to The Police (conduct) Regulations came into force last year prohibiting officers from resigning or retiring whilst facing investigations for gross misconduct without the “consent of the appropriate authority”.

According to the Telegraph, the IPCC have found enough evidence for Walton to face misconduct proceedings – but this would not meet the gross misconduct level needed to stop his retirement. However, given the report is yet to be published, it is impossible to verify this information. Furthermore, given the investigation was so serious that Walton was initially removed from operational duties, this should have given further leverage for the need for suspension.

Walton claims he was planning to retire “for thirty years” and he finds it “disappointing” that the IPCC have taken so long in concluding their investigations. Whether or not this is true, there are mechanisms in place which could have stopped him from retiring, and given the very clear public interest in this case, those steps should have been taken.

The Lawrence family have spent over 20 years fighting for justice against a lying, unaccountable body who have obstructed them at every turn, spied on them, and used every opportunity to deny them justice. Drastic changes are needed if there can ever be trust in the police – ensuring senior officers are not allowed to retire on full pensions whilst facing serious allegations would be a good start.

Keep up to date with the Campaign Opposing Police Surveillance for regular events, meetings and protest.