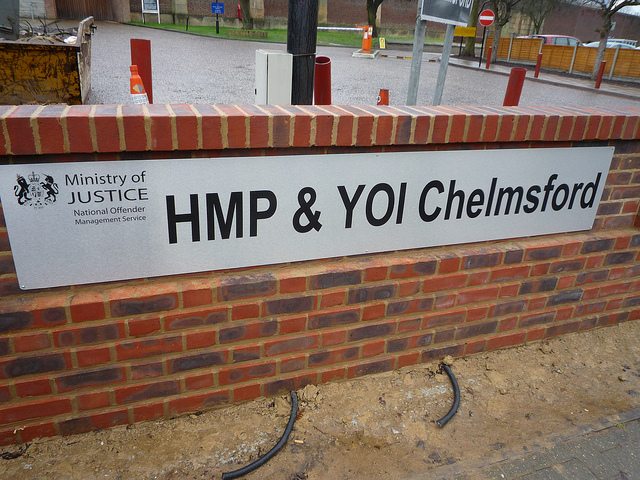 An autistic man was jailed for five weeks over Christmas and New Year because social services were unable to find suitable care.

Jack Dwyer, who has complex needs due to conditions he suffers from, including autism and epilepsy, was granted bail after admitting assaulting his mother and step-father. However, he ended up in Chelmsford prison after his social worker failed to find him appropriate accommodation.

His father, Brian Dwyer, who only found out about his imprisonment after his son wrote to him from prison, expressed his anger:

I am outraged. The system has let him down. He’s been failed massively. I’m about to pick up the pieces for the rest of my life or certainly for the foreseeable future. It’s unbelievable. It’s outrageous, quite frankly.

These sentiments were echoed by his solicitor, John Hughes, who said he had effectively been given a ten week custodial sentence, and that it was “a horrific experience for him”. Furthermore, Mr Hughes repeated what one of the guards at the prison had told him when visiting:

What on earth are you doing sending him here? You should have got him bail. He is not the sort of person that should be in prison.

Although Suffolk County Council said the case was “very unfortunate”, and that there were “regrettable circumstances”, nothing will change the fact that an extremely vulnerable man was let down by adult social care.

Furthermore, this failure has to be seen in the context of cuts to the adult social care budget. In 2013, Suffolk County Council announced cuts of £36.8 million, including a £6.4 million cut to adult and community services, and cuts to sheltered accommodation. Sandy Martin, the leader of the Labour group on the council, slated the cuts at the time:

This means those who can get the services will find them greatly reduced so vulnerable people and those that serve them will suffer.

Nationally, the picture is no better. A report last year from the Association of Directors of Adult Social Care found that due to cuts in money received from central government, councils have been forced to slash £1.1bn from the adult social care budget. Responding to the figures, Izzie Seccombe, chair of the Local Government Association’s community wellbeing board, said:

The necessity for further budget savings worth £1.1bn combined with other pressures of insufficient funding, growing demand and escalating costs mean that despite councils’ best efforts they are having to make tough decisions about the care services they can provide. This cannot continue.

The combination of cuts to services with cuts to benefits, benefit sanctions, and the thousands found fit for work when they clearly are not, mean that Cameron’s Britain is an increasingly difficult place for the disabled and vulnerable. Instead of providing care and services for those who need them the most, cuts are forcing people into desperate, untenable situations.

We should be ashamed to live in a society where those who most need help are treated with suspicion and hostility instead of being provided with services and care. There are no circumstances under which it can be acceptable to send someone to prison because of failings in social care. It is down to all of us to take action to reverse these cuts, and to ensure everyone gets the help they need and deserve.

Support Disabled People Against Cuts. Attend a protest or an event, or buy some of their merchandise if you want to support them financially.

Get involved locally. The People’s Assembly Against Austerity have details of groups you can join in your area