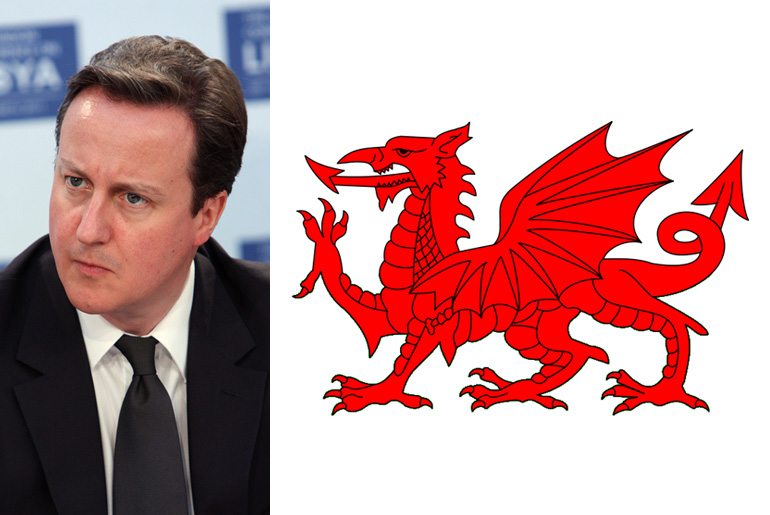 The Welsh Assembly has just voted to block David Cameron’s trade union bill in Wales, with Assembly members saying it would undermine public services, the economy and the “constructive social partnership” between workers and employers in Wales. But instead of heeding the Welsh Assembly’s decision, David Cameron is ignoring it. Now a constitutional crisis looks set to erupt as the two governments do battle in the Supreme Court.

The showdown between the Welsh and UK governments over the trade union bill has been a long time brewing. While Cameron is determined to push through what some call “the biggest crackdown on trade union rights for 30 years,” Welsh First Minister Carwyn Jones has promised his government will do everything in its power to stop the bill, which would severely limit the right to strike.

On Tuesday, the showdown came to a head when Welsh Labour, Plaid Cymru and Welsh Lib Dem Assembly members united to vote down the UK government’s plans by 43 to 13.

They were voting on a “legislative consent motion” (pdf) tabled by Public Services Minister Leighton Andrews. Legislative consent – basically permission – is required from the Welsh and Scottish governments when the UK government wants to pass legislation that relates to devolved areas, like on the health service and education.

The Welsh government believes the trade union bill does relate to those devolved areas. Introducing the motion, Andrews said the bill was “damaging, divisive and risks undermining public services and the economy”:

We believe it will lead to a confrontational relationship between employers and workforce. It contrasts sharply with the constructive social partnership approach in Wales – valuing the workforce, supporting public services and encouraging enterprise.

That view is roundly supported by legal advice (pdf) given to Wales TUC by QC Hefin Rees:

In our view it is strongly arguable that clauses 3, 12, 13 and 14 of the Bill relate to the following devolved subject matters: “education and training”; “fire and rescues services”; “health and health services”; “highways and transport”; “local government”; and “public administration”.

Indeed, Rees goes further, telling the UK government that forcing the bill onto Wales without permission from the National Assembly would be unconstitutional:

In so far as provisions of the Bill fall within the Assembly’s legislative competence, the UK Government would be acting in breach of the Sewel Convention, and therefore unconstitutionally, to enact such provisions without first obtaining the consent of the Assembly.

But that, it seems, is exactly what David Cameron is planning to do.

No sooner had the vote taken place than a UK government spokesperson said the bill would continue its progress through parliament because:

The Trade Union Bill relates to employment rights, duties and industrial relations, all of which are clearly reserved matters for the UK Government under the Welsh devolution settlement.

In other words, Cameron plans to disregard the Welsh Assembly’s democratic expression of the will of the Welsh people in order to push through the bill.

But the story won’t end there. The constitutional battle now looks set to go to the Supreme Court. And if the UK government passes the bill, First Minister Carwyn Jones has said the Welsh government will immediately seek to repeal the parts of it that relate to Wales – which, according to Hefin Rees, it will be perfectly entitled to do.

Meanwhile, in Scotland, MSPs also slammed the trade union bill on Tuesday, although their attempt to table a similar legislative motion was thwarted by Holyrood’s Presiding Officer.

David Cameron’s trade union bill has already been branded potentially illegal by his own human rights watchdog and been partly defeated by the Lords for disrupting the political balance in the UK. Now the democratically elected Welsh Assembly has refused him permission to impose it on Wales – and David Cameron, displaying his typical contempt for democracy, couldn’t care less.

Tweet your MP to let them know how you feel about the bill.

Join the week of action (February 8-14) in support of trade unions.

Support The Canary so we can keep reporting on the trade union bill.