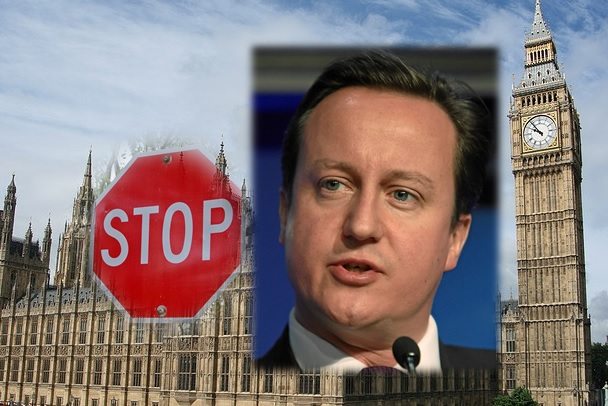 On 25 January, two prominent opposition MPs were criticised for bickering between themselves rather than uniting to take on the Conservative government. The issue of concern was the 20% rise in the number of unexpected deaths of mental health patients in the last three years. But the matter that was in fact raised was the failure of non-Tories in parliament to forge a unified platform against the government’s damaging policies.

The opposition MPs in question were Labour’s first shadow minister for mental health, Luciana Berger, and Liberal Democrat Norman Lamb. Berger took to Twitter after new statistics were released which showed the total number of unexpected deaths of mental health patients had risen from 1,412 in 2012/13 to 1,713 in 2014/15. She asked Lamb – who served as the Coalition’s health minister for most of the three years in question – what he had done to try and improve the worsening situation.

.@normanlamb until 8 months ago u were the Minister for #mentalhealth. What did you do about this during ur 2.5yrs? pic.twitter.com/G4fFEF8vkV

The Lib Dem MP responded by asserting that he had worked towards greater access to services for mental health patients – a matter he claimed Labour had neglected during its 13 years in government.

.@lucianaberger I fought to introduce the same rights of access for those with mental ill health as Labour introduced for all others.

But their social media spat did not go unignored. Lib Dem councillor Alex Wade, for example, asked the two to “stop playing party politics” and “work together” to hold the government to account.

Both Lamb and Berger had previously suggested that the increase in mental health deaths was linked to Tory cuts to NHS funding in the area. Berger said:

At a time when there is growing demand and staff are being asked to do more for less, cuts to the number of nurses working in mental health are completely unacceptable.

Yet rather than focusing their criticism on Conservative policies responsible for the figures, the two opposition MPs targeted each other.

Any hope of an anti-Tory alliance?

In a country where only a minority of the eligible population (24%) voted for the current Conservative government, 51% of citizens are:

unhappy with the current electoral system and want it to change

Meanwhile, only 28% want to keep the current First Past the Post (FPTP) system (most of them probably Tories).

While most European nations abandoned this system decades ago, the failure of the uninspiring 2011 referendum (which suggested replacing FPTP with the unproportional Alternative Vote system) has helped to ensure the continuation of Conservative rule. But opposition MPs are also to blame.

Although it seems like a good idea for those opposed to Tory policies to come together to resist them, it rarely happens.

And the Greens aren’t the only ones open to discussions with Corbyn’s Labour. The Independent revealed on 23 January that aides of Liberal Democrat leader Tim Farron have been talking to a Labour MP close to Corbyn in an effort to forge a platform of voting reform for the next election in 2020. This could see five left-of-centre parties, including the Scottish National Party, Plaid Cymru, and the Green party. The main aim of this alliance would be to scrap FPTP, but such unity could also make it much more difficult for the current Conservative government to push through unpopular policies.

In short, there is definitely a chance for opposition MPs to take on the Tories effectively, both in the current parliament and for the 2020 election. But only if they can stop bickering between themselves long enough to put the interests of the vast majority of the British public first.

Write to your MPs to show your support for voting reform.

Support the efforts of the Electoral Reform Society.

And help the Canary to keep exposing the harmful policies of the current Conservative government.