Cameron loses it during his attack on Corbyn at PMQs, and now he's paying for it - Canary 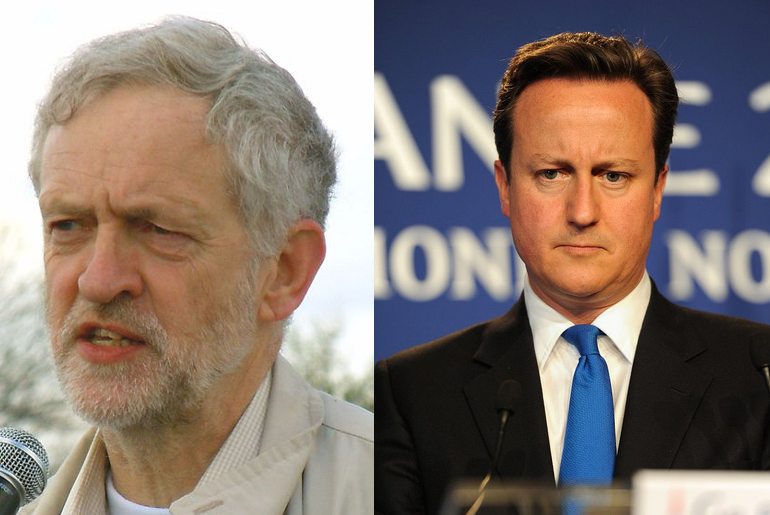 David Cameron has revealed his true feeling towards refugees after describing them as “a bunch of migrants” during prime minister’s questions (PMQs). These truly disgusting remarks towards people who have seen indescribable suffering and are living in appalling conditions would have been bad enough on any day, but were particularly vile coming on Holocaust Memorial Day.

His comments were an attempt to criticise Jeremy Corbyn for visiting the refugee camps in Calais and Dunkirk last week. During his visit, Corbyn described the conditions as a “disgrace”, and tweeted:

Plight of refugees in Calais & Dunkirk is an affront to our common humanity which demands action by both France & UK pic.twitter.com/Evm1Aw3ioh

Many people took to Twitter to express their disgust, including several MPs:

Cameron very wrong to talk of "a bunch of migrants" in #PMQs. Divisive, not statesmanlike. Raised point of order calling on him to withdraw

Other people used Twitter to remind readers of one important fact:

As @David_Cameron talks about "a bunch of migrants" we'd remind you refugees are people just like you and I. #pmqs pic.twitter.com/OE5sF1dyz0

But this vicious attitude from the prime minister should come as no surprise from a government which has no real interest in helping refugees. The UK has promised to accommodate 20,000 refugees between 2016 and 2020. To put this in perspective, Germany are expected to take 67,000 a month, and registered 25,000 in just one weekend in September 2015.

Last week, a court ruling found that unaccompanied children in France should be allowed to travel to the UK and be reunited with family already living here. But this decision had to be taken to court, and even though the children who are the subject of the ruling can be brought over, the government has said it is likely to appeal the decision. In short, they would clearly rather see children living in squalid conditions, alone and afraid, than receive the sanctuary they deserve and the family connections they need to start rebuilding their lives.

The contrast between Corbyn’s compassion and Cameron’s callousness could not be more stark. Speaking about Holocaust Memorial Day, Cameron claimed at PMQs that “it’s right our country stands together to remember the darkest hour of humanity”, and has announced a new holocaust memorial for Westminster. If it weren’t so tragic, and there weren’t so many lives at stake, these contradictions would be farcical.

We are currently facing another dark hour of humanity. There are people who desperately need our help. And it is embarrassing to live in a country where that help is not only withheld, but where the prime minister thinks this type of language is acceptable. It is down to all of us to show the spirit of compassion lives on, to do what we can to help, and to ensure the rest of the world knows that Cameron and his ilk are not representative of the rest of us.