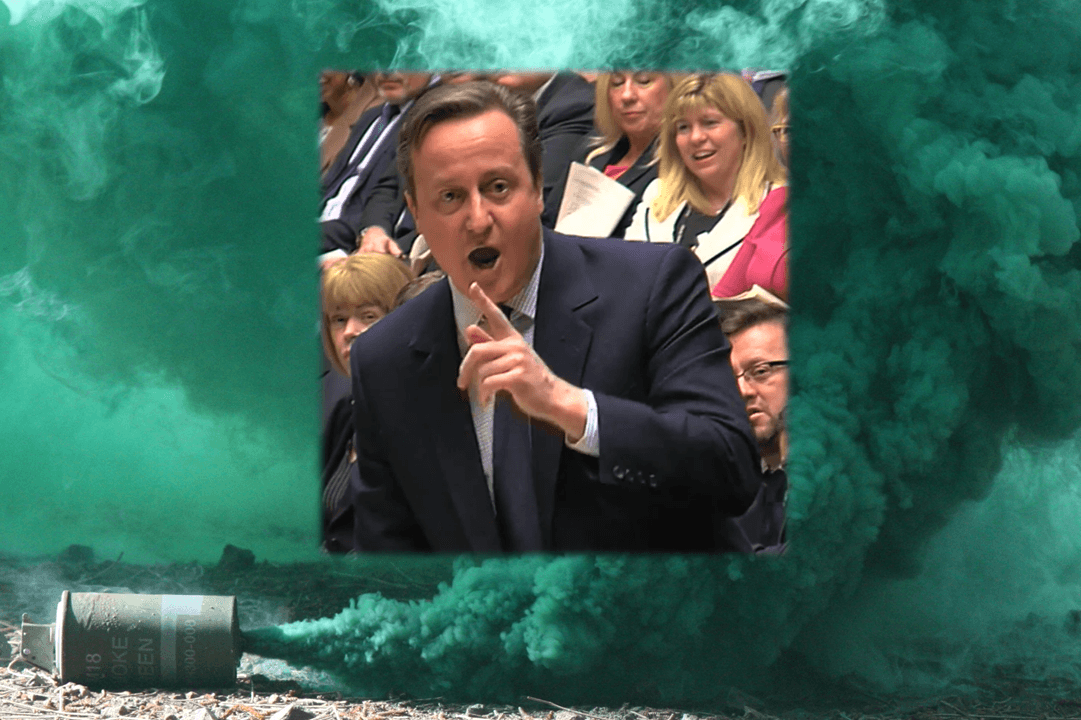 David Cameron has rightly been hauled over the coals for his dismissive “bunch of migrants” comment during Prime Minister’s Questions on Wednesday. But some people are starting to wonder if this wasn’t just an example of thoughtless bigotry from the PM, but rather a cynical and calculated attempt at misdirection. Bethan McKernan, writing in i100, suggests this could be a classic “dead cat play”. This grisly metaphor, attributed to Boris Johnson, asserts that if you walk into a meeting and throw a dead cat on the table then everyone will talk about the dead cat, regardless of what they’d been planning to discuss.

It could be that Cameron has served up a dead cat, encouraging the commentariat to chew over his choice of words, rather than focus on what has been an unusually difficult week for the government.

At The Canary, we try to cover the stories you want to read about and we also do our best to get behind the headlines and pick up the important stuff the mainstream often misses or glosses over.

So we couldn’t fail to respond to Cameron’s outrageous PMQs outburst, but we also covered all the stories mentioned by McKernan, and more.

We’ve dealt with the harmful impacts of the bedroom tax before, so it was good to see the policy being challenged this week. The absurd and unjust tax arrangements of big businesses have featured in The Canary, and we didn’t miss the opportunity to heap scorn on George Osborne’s preposterous claims of a “victory” in the Google saga.

The Canary has always taken a strong line on the UK’s relationship with Saudi Arabia, even referring to the kingdom as “Daesh with an embassy”. This week we’ve highlighted the UK’s loud silence on the conflict in Yemen. This recent story also raised the issue of the government’s cavalier attitude to arms sales, a subject previously covered by The Canary here, here and here.

The government was once again scuppered by the House of Lords, this time in its shameful attempts to redefine child poverty so as to improve the figures. The Canary warned about this policy last year and we’ve been tackling the Tory approach to poverty reduction since our launch.

These were far from the only government howlers worthy of attention this week. The threat to the NHS from the TTIP trade agreement, the Welsh government’s refusal to kowtow to Westminster over the Trade Union Bill, and the appalling political inaction around mental health (here and here) all got the Canary treatment.

As a general rule, the news media in the UK like to have a simple agenda, preferably based around Westminster. One big story, that can be endlessly analysed without any real conclusions, suits them just fine. They are extremely susceptible to the dead cat play. At The Canary we’re trying to be different, to strike a balance between covering the big conversations that people are having, and unearthing the subplots and background manoeuvres that tend to get missed.

You the readers are our barometer. Your comments, likes and shares help us to see the direction we should be taking. When we miss a trick or put a foot wrong we know that you’ll nudge us back into line. We don’t want to be distracted by any “dead cats” and we’re sure you don’t either. Let’s not dance to their tune.

Please support The Canary and tell your friends about us. The more we grow, the more we can cover.

Let us know if we’re getting it right or wrong by commenting on the articles, the Facebook posts and the tweets.