Experts were wrong, North Korea could have an H-bomb - Canary 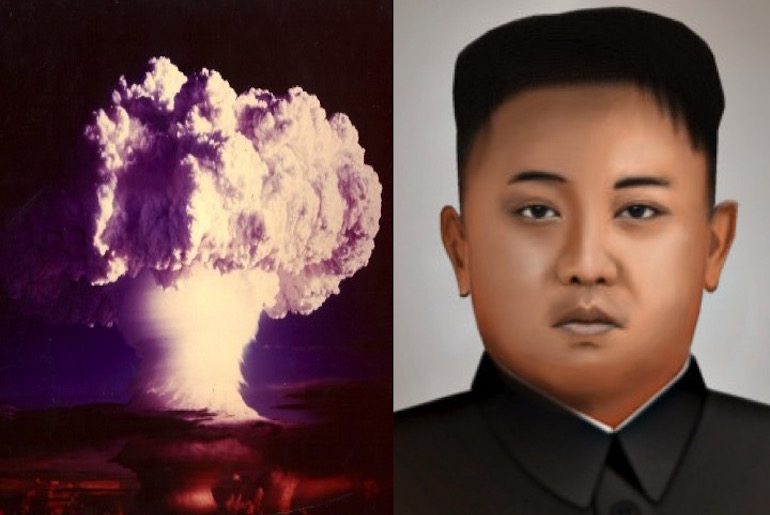 On 6 January, North Korea claimed to have tested a hydrogen bomb – a claim that the US dismissed as being untrue, as the evidence they collected didn’t support it. But after looking more closely, officials now say there “may have been a partial, failed test of some type of components associated with a hydrogen bomb.”

How could they have missed this the first time round?

First of all, it seems the test was conducted much deeper underground than previously thought. According to CNN:

The test was conducted more than two times deeper underground than originally assessed – at a depth consistent with what might be needed for a hydrogen bomb.

Thermonuclear weapons like the hydrogen bomb are tested deep underground to prevent radioactive materials from reaching the atmosphere. When a bomb is detonated underground, there is a massive shock wave that can be measured using the same sort of equipment that measures earthquakes.

One reason US officials dismissed North Korea’s claims was that the shock wave wasn’t as big as they had expected. The depth could have affected this, but it could also be because only components of a hydrogen bomb, rather than a complete bomb, were tested. As CNN reports:

the size of the seismic event and other intelligence indicates it was not likely a fully functioning device. The official said it’s possible the North Koreans believe they conducted a full hydrogen bomb test, but the U.S. believes it was likely only some components, perhaps a detonator, that exploded.

Almost all the nuclear weapons developed today use the Teller–Ulam design. In this design, a primary explosive sets off a more powerful secondary explosive in a chain reaction. The force of the explosion comes from nuclear fission – atoms splitting.

Each part of the bomb needs to be tested, so it’s possible that a single component was tested in North Korea earlier this year.

Bruce Bennett, senior defense analyst at policy thinktank RAND, has another theory: he believes the country may be testing a precursor to the hydrogen bomb. He wrote on CNN’s website:

En route to the development of fusion weapons, some countries develop so-called ‘boosted’ weapons, which use a small amount of fusion to boost the fission process, causing more large atoms to fission and thus releasing more energy – initially, perhaps a weapon of 50 kilotons or so. Because some fusion is involved in such a weapon, Kim may be claiming that he has achieved a hydrogen bomb when in practice he only has a boosted weapon.

But even if it is “only” a boosted weapon, it could still cause significant damage – such a weapon could kill 2.5% of the people in a densely populated city. At a megaton, a hydrogen bomb would be 20 times as powerful.

Whatever it was, it appears North Korea did test a weapon – or at least parts of one – underground on 6 January. Either way, North Korea is sending a message to the world, that it’s armed and ready to deploy.