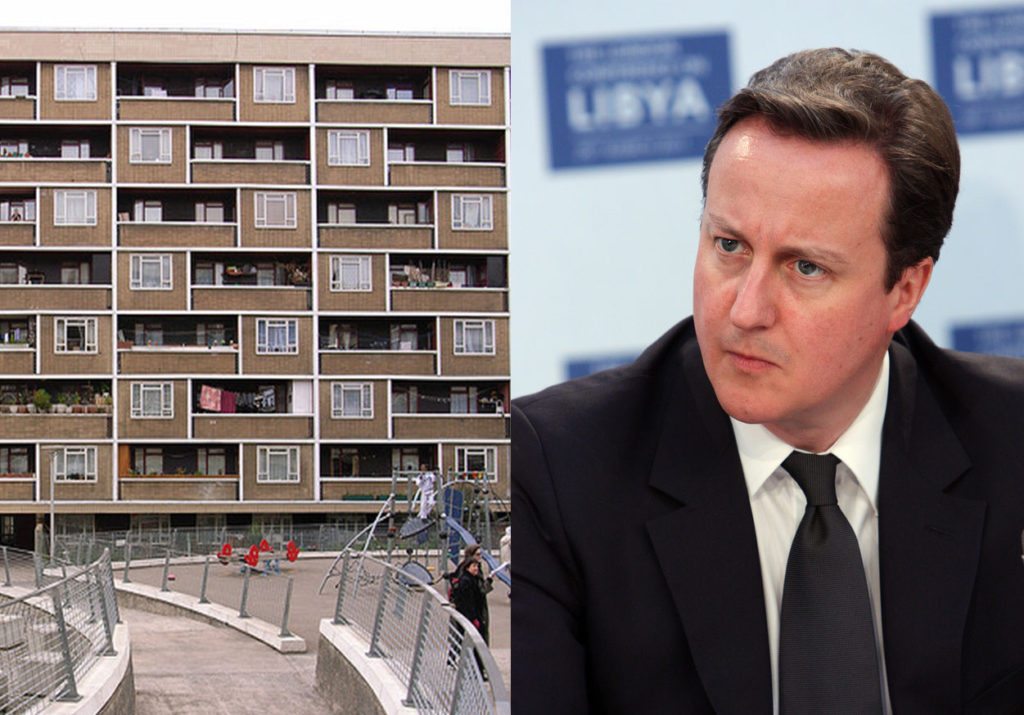 Shocking pictures of a homeless man sleeping in a phone box have emerged on social media, highlighting the crippling effects of the UK housing crisis.

The shameful images come after the government moved one step closer to passing their much maligned Housing and Planning Bill, which received its second reading in the House of Lords this week.

Under the new legislation, a raft of damaging measures are set to be introduced which, according to David Cameron, will see 200,000 new affordable homes built by 2020 and “turn generation rent into generation buy”.

But critics have warned the bill could increase inequality, exacerbate the housing crisis and mint a new generation of homeless young people – especially those on modest incomes, with no family support.

The appalling pictures, which show a young homeless man with nowhere else to turn, gives credence to these criticisms; illustrating the desperation of Britain’s homeless who are being forced to sleep rough in ever increasing numbers.

With little more than a blanket and a towel to block out the light, the man appears to be using the phone box as a makeshift shelter.

According to the Homeless Foundation, an estimated 1.3 million young people slept rough or in an unsafe place in 2015, with almost 40,000 sleeping rough on any one night.

Ansar Ali, an auditor for Cambridgeshire Police, took the photos and posted them to Facebook after stumbling across the desperate man in central Peterborough.

Very sad and distressing as I find this man sleeping in a phone box this morning during my walk.

Emailed one of the Directors at the Council for urgent action.

How can this be allowed to happen in our wonderful country?

The filthy richer getting richer whilst the poor and vulnerable are suffering under this Tory government which is just looking after it’s rich friends.

No One Should Have Too Much Until Every One Has Enough!

For prospective homeowners, the Tory’s flagship housing bill could give them a much needed leg-up onto the housing ladder.

It is claimed that forcing local authorities to build ‘Starter Homes’ capped at an eye-watering £450,000, extend Right To Buy to housing associations, and sell high-value vacant council-owned properties will make sure of that.

But it seems the government has barely spared a thought for those most in need of housing: young, single homeless people with little or no social, cultural or economic capital.

And besides, analysis from Shelter found that Starter Homes will still be unaffordable in 2020 for families on average wages in 58% of the country.

The changes, paired with housing benefit cuts for those under 35, could see both the social housing and private rented sectors become increasingly unaffordable, leaving young people with no support structure at risk of homelessness.

At a time when 30% of all statutory accepted homeless lost their settled home after their assured short hold tenancy came to an end, the argument for hollowing out the social and affordable renting sector in favour of building so-called Starter Homes looks increasingly feeble.

As one of the most affluent developed countries in the world, it’s right that our government should be judged on their ability to facilitate home ownership for all who can afford it. But it’s their capability in accommodating the most vulnerable people in our society that should be scrutinised with equal if not more fervour.

If passed, this pernicious bill could intensify the spiral of ever higher housing costs for renters and buyers; thereby condemning another forgotten generation of young people to a life of precarity.

Forget generation rent, David Cameron is paving the way for generation homeless, and in his own conceited words, that should be a wake up call for us all.

Youth homelessness is becoming an increasing problem in the UK, with more than 1.3 million young people thought to have slept rough in 2015. To help mitigate youth homelessness, you can:

Donate to Shelter, Centrepoint or Depaul.

Volunteer with Shelter, Centrepoint or Depaul.

Call Streetlink, which processes information about homeless and refers them to the right place, if you see a rough sleeper.