9 humiliating Tory defeats you might have missed this week - Canary 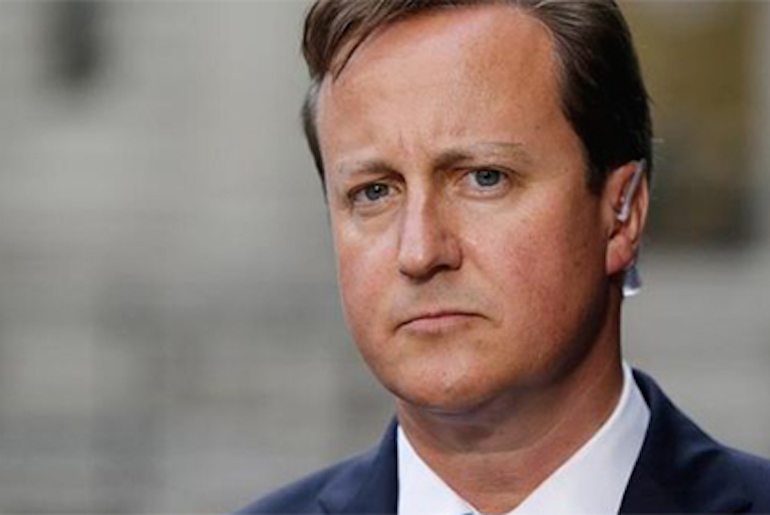 The Conservative government just had a hideous week, defeated at every turn by judges, courts, the House of Lords and devolved parliaments. Here are nine Tory defeats you might have missed:

The Tory week began with a pummelling in the House of Lords on Monday. Iain Duncan Smith has been trying to redefine child poverty, scrapping its link to household income and instead defining it using a number of vague and politically pliant indicators like “life chances” and “social mobility”. His plans made it through the Commons but peers decisively blocked the plan in the Lords, voting by 290 to 198 to keep the income-related targets. The Child Poverty Action Group welcomed the defeat, saying: “It’s needed the House of Lords to act and insist that, yes, the government should continue to report to parliament on what’s happening to child poverty and, yes, that when you talk about poverty and life chances, you cannot simply ignore income.” The bill will return to the Commons later this year. You can read The Canary’s coverage here.

2. The benefit cap for carers

Meanwhile, the government announced it had abandoned its controversial benefit cap for carers, which penalised those unable to work because they care for an adult relative full time. The U-turn was essentially forced on the government after the High Court ruled that the carers’ cap was discriminatory (and offensive) in November last year, although no mention of that ruling was made in the announcement. The Canary’s coverage of November’s court ruling is here.

Monday also saw a growing backlash to HMRC’s deal with Google, in which our government let the multi-billion pound corporation off with a mere 3% in corporation tax over the last decade. Osborne crowed over the weekend that his tax deal with Google was a “victory” and “a real vindication of this government’s approach,” and his arrogance came back to bite him on Monday, when newspapers from The Sun to The Financial Times (paywall) slated the deal. The controversy simmered all week; even Rupert Murdoch slammed the government’s close links with Google. The Canary covered the story here and here.

On Tuesday, the Welsh Assembly gave Cameron a bad bloody nose when it overwhelmingly voted to block his trade union bill in Wales, saying it would undermine public services, the economy and the “constructive social partnership” between workers and employers in Wales. The Welsh government’s position, strongly supported by independent legal advice, is that Wales needs to give its consent before the UK government can impose the law on Wales – and it won’t. This gives Cameron a serious headache, a constitutional crisis and a lengthy Supreme Court battle. Read more here.

Meanwhile, England and Wales’ most senior civil judge denounced the increase in court fees under Cameron as dangerous and based on a “lamentable” lack of research. Master of the Rolls John Dyson told a select committee that the fees essentially transfer a £100m hole in the Ministry of Justice’s budget onto users of the civil courts, by charging them more than the cost of using the court in order to make a profit. That, said Dyson, is “why the risk of denying access to justice for a lot of people is so intense in these proposals”. Called on to respond, Justice Secretary Michael Gove could only say: “We need reform of our legal system to make access to justice easier for all.”

Wednesday. Prime Ministers’ Questions day. And this week, Cameron completely lost it. In an extraordinary reply to Jeremy Corbyn’s question on the Google tax deal, David Cameron tried to criticise Corbyn for visiting refugee camps in Calais, describing their inhabitants as “a bunch of migrants”. Whether the comments were a genuine gaffe that inadvertently revealed Cameron’s contempt for refugees or a carefully planned distraction from the Google tax fiasco (the “dead cat” theory), Cameron orchestrated his own humiliation here. The Canary covered both the cockup and the conspiracy theories.

On the same day, the Court of Appeal delivered a huge blow to the conservatives’ programme of welfare cuts by upholding two legal challenges to the bedroom tax. One came from the grandparents of a disabled teenager, who argued they needed a bedroom to accommodate overnight carers. The other came from a woman  who had suffered extreme domestic violence, including being beaten, stalked and raped. One of the rooms in her house had been converted into a ‘panic room’, where she and her son could hide. Ministers immediately insisted they would lodge an appeal with the Supreme Court – essentially meaning they will spend taxpayers’ money on dragging the two families through court. You can read The Canary’s take on this here.

The Lords defeated the government again this week when they voted down Conservative plans to cut £30 a week from those found unfit to work. The Tories wanted to cut the employment and support allowance (ESA) for some new claimants from April next year, as an “incentive” for them to return to work. But crossbench peer Colin Low thought this would be a bad idea: “There are things that can encourage disabled people into work but cutting their benefits is not one of them.” The proposal will now go back to the Commons.

Michael Gove was back in the firing line on Thursday, when he was forced by lawyers to halt plans to cut by around two-thirds the contracts of duty solicitors at police stations and magistrates’ courts. Critics said the plans would place “constant stress” on legal workers and leave many defendants without adequate access to legal advice. But after 99 separate legal challenges, the government was forced to do another embarrassing U-turn. Justice Alliance welcomed the news: “The government’s arrogance to ignore virtually the whole profession and attack access to justice in this cavalier way has been stopped by us standing together.” The Canary covered the story here.

All of these defeats had one thing in common: they all involved attacks on society’s have-nots. This week, the Conservative government has tried to remove rights, resources or dignity from children growing up in poverty, carers, workers needing protection, refugees, rape victims, and sick and disabled people – for starters.

That, sadly, no longer seems extraordinary. What is extraordinary, though, is that other parts of Britain’s establishment – peers, devolved parliaments, senior judges and courts of law – are increasingly stepping in to hold the government to account over its legal, ethical and constitutional transgressions. If the trend continues, the Tories may find themselves facing a very difficult four years indeed.

Write to your MP to keep up the pressure on the government.

Support The Canary so we can keep reporting on the important stories glossed over by the mainstream media.