Refugees benefit society, but how much depends on how our government responds - Canary 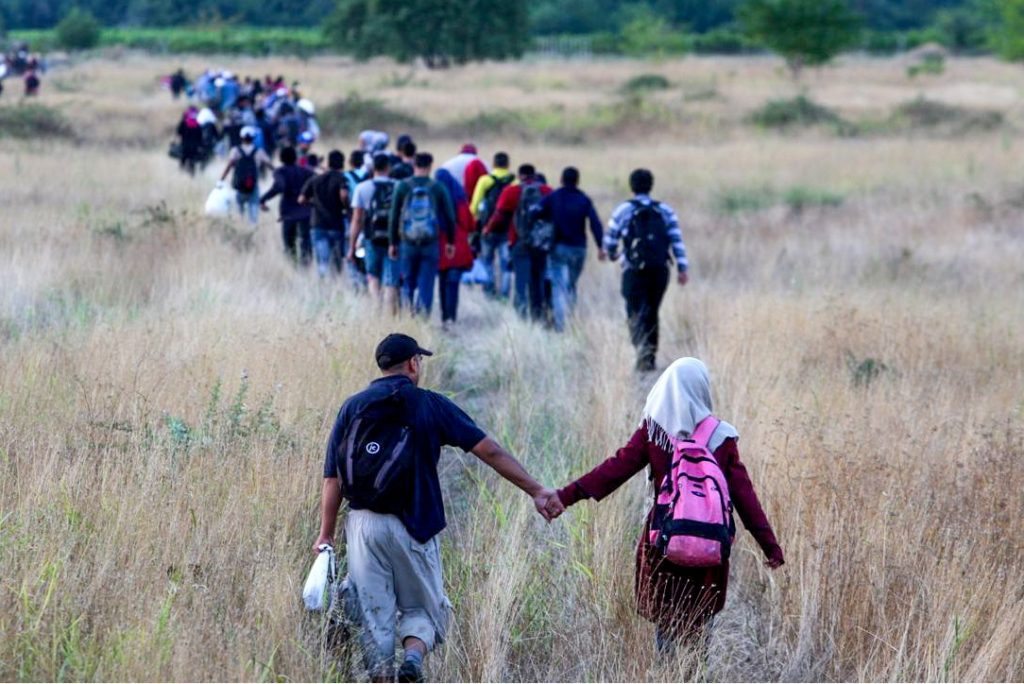 To what extent are asylum seekers a financial burden to their host countries? Well, according to one researcher at the University of Gothenburg, economics are too often used as an excuse to renounce our moral responsibility to fellow human beings seeking sanctuary. And it is “far from economically impossible”, he says, to take in large numbers of asylum seekers, especially if steps are taken to ensure they can enter work as soon as possible.

As Prof Roger Zetter of Oxford’s Refugee Studies Centre has admitted, there are indeed “fiscal costs and impacts in providing social and welfare assistance for refugees”. But over time, he says, “expanded investment in capital assets such as medical centres, classrooms or road access to refugee camps” can bring great benefits to the host community. Refugees also bring:

economic benefits and development potential – for example, new skills and, above all, expanding consumption of food and commodities such as building materials, which stimulates growth of the host economy

The University of Gothenburg’s Joakim Ruist, meanwhile, has studied the economic costs of accepting refugees in Sweden – the European country with the greatest number of refugees per capita. His conclusion states:

The economic burden of a generous refugee policy is… not particularly heavy, especially if the host country incorporates them as quickly as possible into the labour market.

One of the major reasons why many countries in Europe are becoming less and less prepared to provide asylum, Ruist says, is the “perceived financial burden that would result from larger intakes”. But while refugees in Sweden made up 5.1% of the total population in 2007, they accounted for only 5.6% of total public spending. In other words, almost entirely proportional. And let’s not forget that the Swedish welfare system is “comparatively generous” towards people who have sought asylum when we look at western Europe as a whole – so this spending figure is much higher than it would be elsewhere. Ruist himself asserts that the cost “would probably be lower elsewhere”.

At the same time, refugees contributed around 3.4% of total public revenue through taxation, in spite of the fact that Sweden has a higher proportion of high-skilled jobs than elsewhere in Europe. The employment rate among adult refugees was lower (by 20%) than among average Swedish citizens, but that fact points to a lack of sufficient linguistic and professional training.

Overall, Ruist’s point is that moral treatment of refugees does not “break the bank”, and that an economic argument should not be considered as a justification for reneging on the “moral responsibility to provide safe haven” to those in need. (This could be extended to Denmark’s recent decision to officially confiscate refugees’ money and possessions, which Human Rights Watch executive director Kenneth Roth says is purely about “humiliation and deterrence” – and not about economics.)

The sooner, the better

Ruist’s investigation is not only a tool for showing that refugees are not the economic burden fearmongers and racists claim them to be. It should also be used to encourage investment which can ensure the potential of asylum seekers is developed as soon as possible – so the host society benefits sooner rather than later. Ruist asserts:

The best way to reduce the modest fiscal burden of refugees is to incorporate them as fast as possible into the labour market so they can start contributing to the public exchequer.

For example, Edward Brima from La Trobe University in Australia has insisted that refugees actually “stimulate the economy” in spite of all of the obstacles they face, noting that 65% of Australian businesses are led by former asylum seekers from non-English speaking backgrounds.

The words of both Ruist and Brima should inspire strong efforts to reduce the processing time for asylum claims – during which claimants are not usually allowed to work legally. One former asylum seeker in Britain who spoke to the Canary described the time he had to wait as follows:

Basically it was like hell. I lost a lot in all those years I was waiting for our refugee status – my confidence, knowledge, and dignity.

Now working in the legal sector, he stresses that while many asylum cases are considered within six months, claimants in the UK receive only £35 a week. Living in limbo without being allowed to work, he says, these people begin to feel “pathetic and hopeless”, and society begins to look on them as troublemakers. This ‘no work’ policy, he suggests, “is to put people against each other”:

When as a tax payer I have to pay for an asylum seeker’s housing, I will automatically be against them.

He thus supports the idea of asylum seekers receiving a national insurance number and work permit while their applications are being processed. This way, he insists:

they don’t use government money/benefits, the economy grows, they don’t feel useless, and depression will be avoided… Instead, they will contribute to society, and their knowledge and skills won’t be wasted.

Cameron’s attacks on refugees and their education

Instead of granting more refugees entry into the UK and improving their chances of contributing to the economy quickly, prime minister David Cameron is actively hindering progress. Since getting into power, the English for speakers of other languages (ESOL) provision has been consistently ravaged, and just last year the budget was cut by £45m. Rather than ensuring investment in the linguistic and professional training refugees need to enter the labour market, the Conservative government effectively keeps them in a state of limbo.

The activist coalition Action for ESOL has insisted that, while many refugees “bring skills and qualifications from their own countries”, they often need to improve their English before they can become economically active. It claims the government is hypocritical, stressing the importance of ESOL classes while cutting funding in the hope that volunteers will fill the gap. Such plans are “ridiculous and unworkable”, it says, and have resulted in “extensive losses to ESOL provision” – which have left many qualified and experienced teachers out of a job.

The Association of Colleges backs this up, stressing that Tory cuts will prevent refugees and other migrants “from not only integrating with society, but from getting into employment and off benefits”. The National Association for Teaching English and other Community Languages to Adults, meanwhile, insists government measures “will have an immediate and devastating impact”.

In short, Cameron and co are doing immense damage to refugees’ opportunities of contributing more to society. At the same time, the government’s dismal figures for granting asylum compared with other countries in western Europe bring shame to Britain’s long-standing tradition of welcoming refugees. And by doing this, the Tories are actually harming rather than helping the British economy.

Join the efforts of Action for ESOL, sign this petition, support the City of Sanctuary projects, and write to David Cameron and your MP to ask them to do more to support refugees.