Jeremy Hunt's catastrophic NHS blunder could quite literally kill you, or your children - Canary 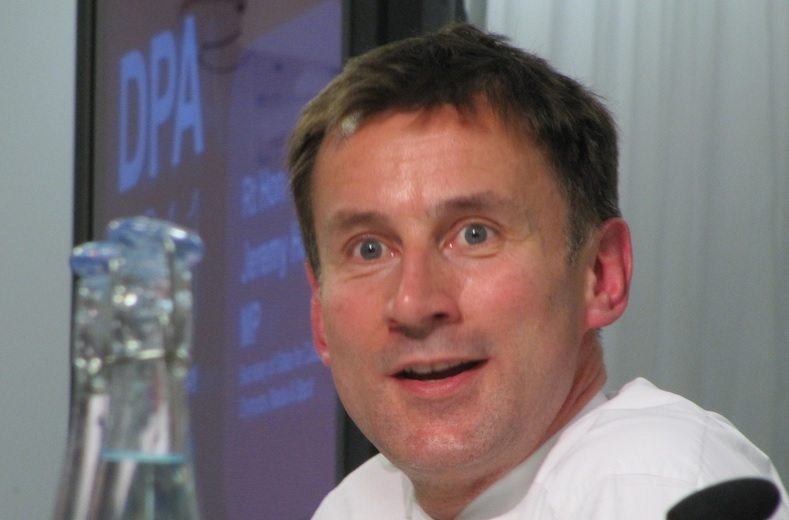 Jeremy Hunt’s latest scandal, over health ‘advice’ he has given to parents, has seen him slammed by medical professionals. The medical community has branded Hunt’s controversial comments as “ludicrous” and “potentially fatal”. Some are urging the Health Secretary to admit he has made “a grave error of judgement”. The incident is the latest in a string of startling blunders, which indicate that Hunt is, quite simply, bad for the nation’s health.

The comments, reported in the Daily Mail, were made by Hunt while discussing the troubled 111 medical advice hotline. Hunt was addressing the failings of the service, namely the lack of medical professionals handling calls. He therefore offered the following advice to parents who are concerned about their child’s medical condition, such as a rash:

We may well need more 111 doctors and nurses. But if you’re worried about a rash your child has, an online alternative – where you look at photographs and say “my child’s rash looks like this one” – may be a quicker way of getting to the bottom of whether this is serious or not.

Dr Thom O’Neill, a general paediatric doctor in a children’s hospital, highlighted the lunacy of the suggestion. He stated that,

Hunt was compelled to address the ailing 111 hotline service following the completion of a report, seen by the BBC, into the tragic death of William Mead in 2014. Baby William died from sepsis. He could likely have been saved had a 111 call operator understood the seriousness of the symptoms described by the child’s mother, when she called the service worried about his condition.

Reportedly, call handlers for the 111 service are not medically trained. Instead, employees consult a computer system to determine the severity of the symptoms being described by callers. The 111 service fully replaced the NHS Direct service in 2014 which, by contrast, was mainly staffed by nurses.

The reason behind the change from NHS Direct to the 111 hotline has been highlighted by writer Marcus Chown:

"NHS's 111 service has failed," says @bbcnews. 111 is privatised system that, to save money, uses few clinicians. Why does BBC not say this?

The 111 service has been plagued with troubles since its inception. Unlike the unified NHS Direct service, the 111 initiative was used to slice up the service, selling off as many pieces of it to private contractors as possible. All done in the name of ‘market efficiency’. As Chown notes, these private entities employ unqualified staff to cut down on the higher costs of medically trained employees, rendering the service completely inefficient in practice. It is an object lesson in why privatised medicine is such a danger.

This latest gaffe by Hunt follows a reprimand by a judge for a potential contempt of court breach and his continued adversarial position towards junior doctors. The health secretary’s recent conduct highlights the biggest current danger to public health in the UK: Jeremy Hunt himself, and the Conservative determination to carve up the health service and sell it off to private interests.

That many Tories themselves, and their donors, benefit financially from such sell-offs should come as no surprise. But it is long past time it caused some political repercussions for the Conservative party. The health of the nation depends on it, and we don’t need a google search to understand that.

– Get involved with the Keep Our NHS Public campaign.
– Write to your MP to express your views on health reform.
– Support The Canary so we can keep you informed on what your government is doing.