Osborne is a tax avoiders dream, as a look at his own tax affairs proves - Canary Workers’ Co-op 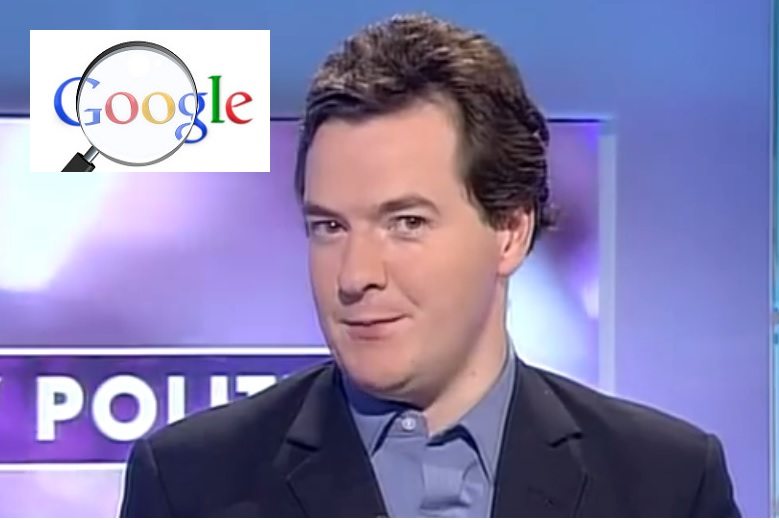 George Osborne has yet again claimed the £130m tax settlement with Google is a “major success”, in response to continued criticism of the deal. The negotiations for the agreement, which effectively means Google will have paid a 3% tax rate in the UK over the last decade, were undertaken by HM Revenue and Customs (HMRC). However, HMRC is responsible for delivering the targets set by HM Treasury, which is currently under Osborne’s leadership. What Osborne has to say on the matter is of vital importance, and the standards he sets determine tax requirements in the UK.

So, what do we know about Osborne’s tax beliefs, and how has that worked in practice?

Since the Google saga erupted, much has been dredged up about Osborne’s personal tax affairs. His family firm, Osborne & Little, in which he holds a 15% stake, has undergone some scrutiny. Private Eye reported on the latest accounts for the company:

Osborne & Little reported a pre-tax profit of £722,000 on turnover of £34m and incurred a corporation tax charge of £179,000. But the accounts for the year to March 2015 show it ended up paying precisely zero “United Kingdom corporation tax” as the company was able to claim for “timing differences” from previous years that offset the £179,000.

In fact, Osborne & Little has not had to pay any UK corporation tax for the last SEVEN years as it has claimed variously for “capital allowances”, “adjustments in respect of prior years” and historic losses – even as the company generated a total of over £200m in sales between April 2008 and March 2015.

According to The Guardian, these “historic losses” it had incurred led to Osborne’s family having to downgrade to a £10m house. As has been widely debated on Reddit, the procedures followed here are entirely within the UK’s current legal tax regime. But it makes for uncomfortable reading when intrinsically linked to a chancellor whose job it is to set such rules.

Osborne’s pledge to crack down on tax havens also jars with Osborne & Little’s history. As Channel 4 reported, the company has benefited in the past from selling property to a “secretive offshore company”:

Trusting that Osborne is truly committed to tackling the tax avoidance resulting from offshore dealings is difficult in light of this knowledge. Admittedly, Osborne himself is likely not the final arbiter of decision making in the company, with only a 15% stake. But when combined with his appearance on the Daily Politics show in 2013 – where he enthusiastically gives advice to a caller on how to avoid inheritance tax – it diminishes public faith in his appetite for strict tax rules:

The art of corporate dodgers

The importance of having a figurehead determined to crack down on corporate tax avoidance cannot be understated, because the practice is so common. As a 2015 Sunday Mirror investigation claimed, the world’s six biggest companies paid just 0.3% tax on their UK earnings in the previous year.

The paper looked into the tax dealings of Apple, Google, Facebook, Amazon, Ebay and Starbucks. These six companies reported a total income of £2.6bn from the UK in 2014. According to the report, however, industry analysts estimated the actual income from UK sales to be £14.2bn. The discrepancy is due to some of their UK sales being recorded in sister companies and subsidiaries, often based in countries with lower tax rates.

To take a specific example, Apple disclosed £1bn sales in 2013, and paid £12.9m in tax on the £59.5m profit from those sales. The total income from sales was estimated at around £6.7bn, with the majority of earnings registered in Ireland, where the company has three subsidiary firms – and a lower tax rate. Apple’s chief executive, Tim Cook, commented:

He is right, which is why the law, and its spirit, needs to change to ensure multinationals cannot keep moving their money to wherever they please, in order to keep their rates ridiculously low. This is also true for Vodafone, and numerous high street chains, which advocacy groups like UK Uncut have protested against due to the practice.

Tax scandals involving banks have also come to light. A “sweetheart” deal between HMRC and Goldman Sachs has been heavily condemned, and HSBC has been accused of advising wealthy customers of how to avoid coughing up their cash to the treasury coffers. Indeed, the close links, and revolving door, between government and accountancy firms – who advise clients on the best ways to limit tax payments – also play their part in the process. Margaret Hodge, who chaired the Public Accounts Committee until last year, describes it:

They [accountancy firms] second staff to the Treasury to advise on formulating tax legislation. When those staff return to their firms, they have very inside knowledge and insights to be able to identify loopholes in the new legislation and advise their clients on how to take advantage of them. The poacher, turned gamekeeper for a time, returns to poaching

In short, tax avoidance is a pervasive problem, and tackling it requires reform in numerous sections of society. It is, however, not insurmountable with the right person at the helm.

The meteoric growth of multinational companies in the last couple of decades has truly highlighted one particular dimension of tax: the moral. Although a multinational company is within its legal right to register profit at an arm in a low-tax country, despite that profit being made in the UK, is it right to do so?

Some companies would say it is right according to business law, where their duty lies with shareholders. But it shows a parasitic attitude towards the citizens of countries who make these companies their millions. And that money translates into power, which corporations then use to control the governments of these countries, resulting in governments structuring society to suit the needs of those financial behemoths, rather than the 99% they really have a duty towards.

Quite simply, the world is upside down. Tackling tax avoidance by multinationals won’t resolve this completely, but it’s a start. But it may take a while for progress to be made in the UK. If Osborne’s record is anything to go by, he’s not the man for the job.

Sign the petition for Google’s tax agreement to be made public. Transparency breeds change.

Get involved with UK Uncut or other organisations campaigning against the growing inequality in society.

Support The Canary so we can continue to hold this government to account.