Millionaire Tory MP gives the most pathetic excuse for failing to declare £400,000 in extra earnings - Canary 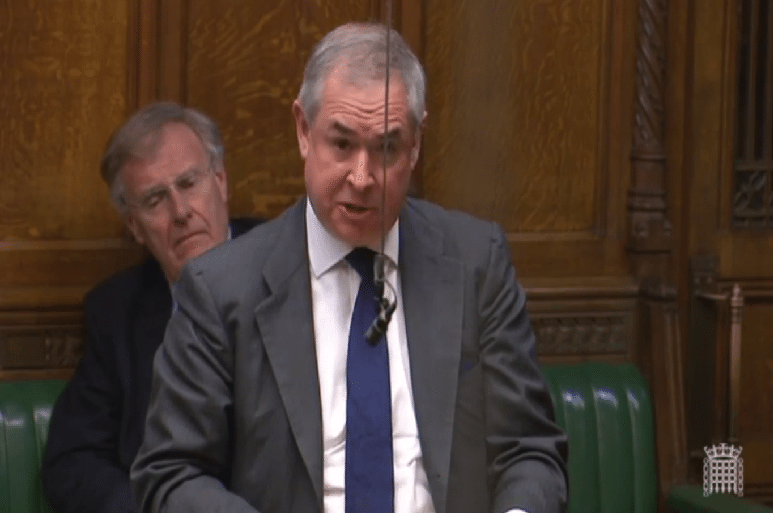 The highest-paid Tory MP has apologised after ‘forgetting’ to declare £400,000 of extra income on time – despite remembering to claim a 49p bottle of milk on expenses.

Millionaire Conservative MP Geoffrey Cox works part-time as a barrister to top up his £74,000 MP salary.

He clocked 500 hours between January and August in 2015, but failed to declare the extra work – because he’d forgot to hire an office clerk to do it for him.

The backbencher, who claimed for a 49p bottle of milk and £2 worth of tea bags, had no problem remembering his expenses, however.

He stood down from Westminster’s cross-party standards committee in October after referring himself to the Commissioner over the rule breach.

He apologised to the House of Commons today after a report from the Parliament’s Standards Commissioner branded his oversight as a “serious breach of House rules”.

He told the inquiry he’d forgotten to replace his retired office clerk, whom he’d employed to submit the paperwork on his behalf.

MPs have 28 days to declare outside income under Commons rules, but Mr Cox missed the deadline, failing to submit seven payments made over a period of seven months.

His eye-watering six-figure earnings surpass the Prime Minister’s £142,000 salary by five times – and even trump some Premier League footballers.

In a 49 second apology to the House, he said:

The House has a right to expect of its members – and particularly those on the Standards Committee as I was – that they will uphold those rules to the fullest extent.

For this reason I have stepped down from the standards committee and I hope that the house will accept my sincere and full-hearted apology for my failure to observe this important rule.