David Cameron tries, and fails, to pull off a Scottish accent (VIDEO) - Canary 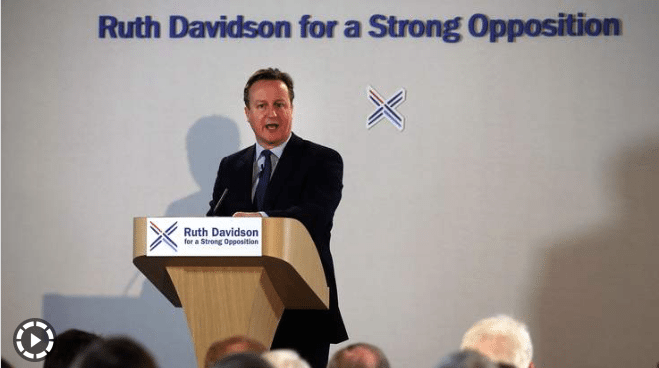 David Cameron is eating a large portion  of humble pie after trying, and failing, to pull off a Scottish accent.

Speaking to the Scottish Conservatives (how many of them are there? 10?) in Murrayfield Stadium, the home of Scottish rugby, the Prime Minister decided to take a trip down memory lane. As Sky News puts it:

he revealed that he had been in the stadium when Scotland beat England to win the Grand Slam in 1990.

His attempt to mimic the Scots’ brogue came as he told how he and his friends had walked to a chip shop afterwards, and the owner asked them: “What’ll it be… humble pie?”.

What is most embarrassing about this is, we know, Mr. Cameron does almost nothing without advance preparation. There are no throw away lines with Cameron, all is well-prepared and rehearsed. This means, for the last couple of days, he has been practicing this line in front of a whichever Special Advisor happened to be in the room at the time – and he still couldn’t pull it off.