This bill is our chance to save the NHS, here's what we need to do - The Canary 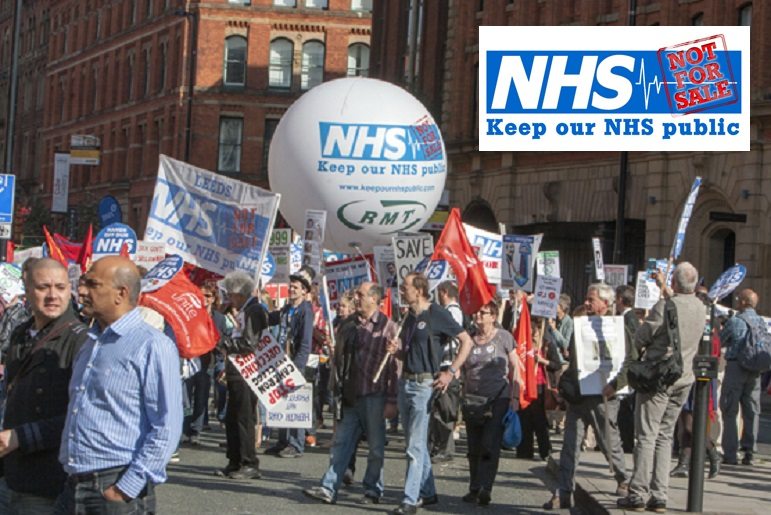 The NHS Reinstatement Bill is due for its second reading in the House of Commons Chamber on 11 March. The Bill is calling for 25 years of creeping NHS privatisation to be rolled back in order to safeguard a free, public NHS. Cameron and Hunt are overseeing the break-up and sell-off of the NHS, but this Bill could end that. Most MPs will offer soundbites that support the National Health Service. But unless they actually turn up and vote for the NHS Bill, their words will be empty.

Encouragement to vote for the NHS Bill needs to be in MPs’ mail before the end of the week. We can push them to get to the House of Commons on March 11 and vote for an NHS that founder Aneurin Bevan would recognise. We need to show them how much the electorate loves the NHS. Voting records are public. We can check on how they voted. Jeremy Hunt’s handling of the NHS has angered many in his own party. A recent defector to labour, former deputy chairman of East Ham Conservatives, Adam Nowacki, explained that the final straw was the imposition of the Junior Doctors’ contract.

So far, only 77 MPs have openly backed the Bill. There are 650 MPs in the House of Commons, that means only 11% of them have put their names to this obvious, public good.

There’s so much bad press about the NHS – doctors’ strikes, marches, privatisation, staffing crisis, closures –  and while it’s true that austerity is pushing the NHS to the brink there’s also been talk of a smear campaign (step 6). According to a report by Open Democracy, media portrayal on the NHS Bill has been biased and damaging. It’s easy to feel that the famous British political apathy is being engineered. Cameron talks about “backing working people”, but he’s backed them is into a corner, where they’re too knackered and dispirited to stand up for their NHS.

While returning to the former system will not be free – neither is an NHS gutted by the private sector. Both are paid for by taxes. A public NHS is funded by the government directly. In a privatised system, the government pays companies like Virgin Care and Serco to deliver healthcare. Private companies have to provide the cheapest possible care in order to get the maximum profit for shareholders – they are obliged to do so. The Bill aims to reverse legislation from the last 25 years – so it’s not just an issue with the Tories. Thatcher, and then Blair’s Labour encouraged hospitals to be run like businesses, so they quickly began charging for things that were previously free. Initially it was parking and television, but more recently it’s surgery for cataracts, and knees.

The benefits go beyond health

Virgin Care, and others, can take these profits offshore, so the Treasury won’t collect much money back as tax. The Conservatives have also offered tax breaks to private bidders. Privatisation was sold as being ‘more efficient’ but with shareholders to pay as well, that’s impossible. A genuinely national National Health Service also means more money for UK universities, more money for UK research and jobs for a greater number of people in the UK.  Profits aren’t the only thing to go offshore. As early as 2011, the Economic Times (India) did a story on operations by the Department of Health, Tata Consultancy Services and Steria with a headline that revealed:

UK to outsource health projects up to $3 billion

The Bill has cross-party support

The Green Party’s Caroline Lucas was the Bill’s first sponsor and she has stuck with it all the way. All 54 Scotish National Party MPs are backing the bill. Every single Scottish MP is voting in the interests of their constituents to protect the NHS in Scotland. If they can do it, so can Labour – but only 19 Labour MPs have said they will. Jeremy Corbyn co-sponsored the NHS Bill when it was tabled this time last year, saying:

It’s our NHS. Let’s not just protect it from being further destroyed but let’s take it back and ensure it’s completely publicly run and publicly accountable. Healthcare is a human right, not a privilege.

Right, but where is the whip? As the leader of the Labour Party he should be telling his MPs to turn up and vote. There is a fear that the Tories will block the bill by filibustering. Last year Philip Davies used up 93 minutes to say almost nothing and managed, with others, to block a bill giving carers free hospital parking. A whip from Corbyn compelling MPs to vote for the NHS Bill would expose these tactics.

This conversation could save your life

Now is the time to have this conversation with the people around you – you won’t be the only one, as this letter to The Guardian shows. A robust NHS will do more to keep the people of the UK healthy than any other factor – whether they have been bored out of politics or not. It could save your life. MPs respond to pressure. They do it for lobbyists and they can do it for us. Yes, lobbyists turn up with gobs of cash. But all we need to do is click a few links to via an automated site where you can find your MP using your postcode – listed below councillors and London Assembly Members. The UK parliament also has a web page that helps you contact your MP. And please, please, sign the petition backing the NHS Bill.

Get involved – Have fun!

– Share this article – galvanise as many people as you can!

– Essentially everything you’ve just read is a ‘get involved section’ – so have some fun with it too!

– Have a contest with a friend to see who can get the most people to take action on behalf of the NHS – the amazing prize is a lifetime of free healthcare!

– Have fun at the huge demo planned outside Westminster on Friday 11 March.

– Have fun on any of the lively FB groups where like-minded people can come together and campaign together for the NHS.